MLS veteran and Bermuda international to serve as assistant coach 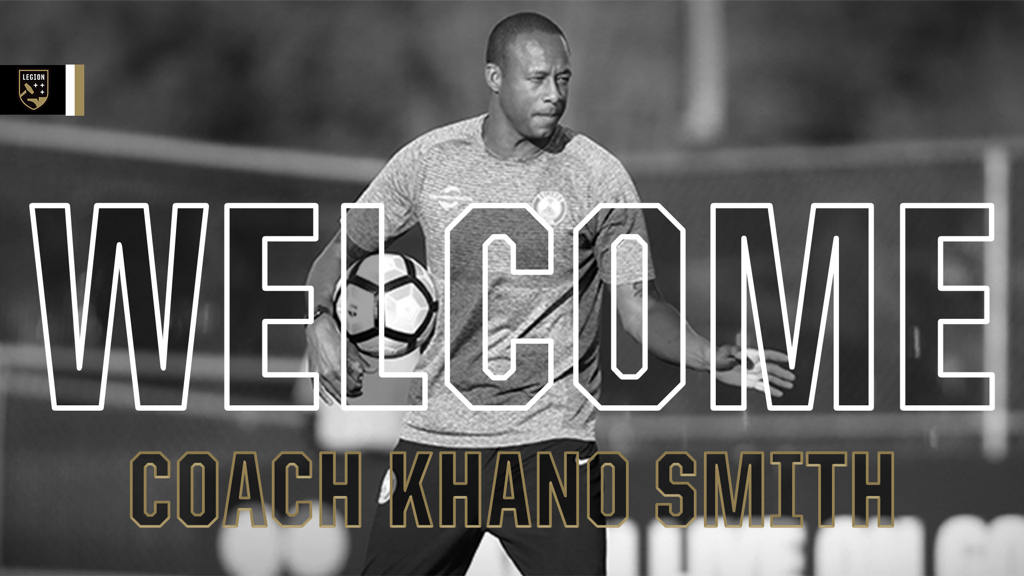 “I’m excited to have Khano on board,” said Soehn. “He has a wealth of playing and coaching experience that I believe will translate well with our roster. I’m excited for Khano to arrive in Birmingham and for us to get to work.”

Smith joins Legion FC having served two seasons as assistant coach for the Orlando Pride (NWSL). His side qualified for the NWSL semifinals in 2017. Prior to his work in Orlando, Smith was an assistant coach for Southern New Hampshire University, compiling a 19-1-1 record in his sole season.

Dating from 2003 to 2014, Smith’s professional playing career was highlighted by 33 appearances with the Bermuda National Team. The left-footed winger scored 10 goals for his country. He appeared more than 100 times over six Major League Soccer seasons with the New England Revolution and his eight total goals included a game-winner that led the Revs to the MLS Conference Championship in 2005. Smith spent four of those seasons in New England sharing the field with Legion FC President and General Manager Jay Heaps. Smith also played for the Carolina Dynamo, Dandy Town Hornets, New York Red Bulls, Lincoln City, Bermuda Hogges and Real Boston Rams as a professional.

About Birmingham Legion FC
Set to debut as an expansion member of the United Soccer League in 2019, Birmingham Legion FC is the Magic City’s first and only locally owned and operated professional soccer franchise. The club will play home matches at a newly renovated BBVA Compass Field, on the campus of the University of Alabama at Birmingham, beginning in the Spring of 2019. For ticket information and to purchase official Legion FC merchandise, please visit bhmlegion.com. Supporters are encouraged to follow @bhmlegion on Facebook, Instagram, and Twitter for the latest club news.