Birmingham to receive a record transfer fee for the Jamaican international, Toulouse currently second in Ligue 2 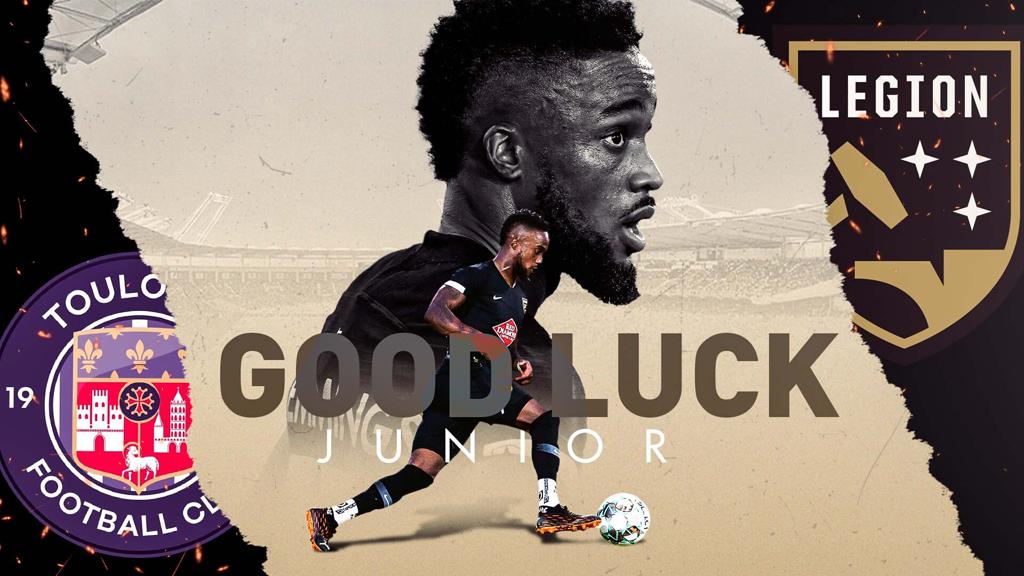 BIRMINGHAM, AL (Jan. 5, 2022) – Birmingham Legion FC announced today that an agreement has been reached with French Ligue 2 side Toulouse FC over the transfer of forward Junior Flemmings.

“We are excited for Junior to have this opportunity to join a club of Toulouse FC’s caliber,” said Jay Heaps, Legion FC President and General Manager. “We feel this transfer highlights the quality within Legion FC and across the USL Championship, while also setting our club up for success moving forward.

“We wish Junior the best in his move to Toulouse and thank him for all of his efforts in his time in Birmingham, both on and off the field.”

Flemmings finished the 2021 season second on the team with six goals and his three assists were tied for third. Toulouse FC currently sit in second place in Ligue 2, the French second division, having won 10, drawn seven, and lost just two of its first 19 matches of the season. A top-two finish in the league this season would see Toulouse, and Flemmings, move up to play in Ligue 1 next season.

“We are delighted to have been able to complete this transfer with Junior Flemmings and Birmingham Legion,” said Damien Comolli, President of Toulouse Football Club. “The USL Championship is a quality league full of talented players. With his power, speed, explosiveness, and finishing ability, Junior has all the skills to be successful in French football. We would like to thank Birmingham Legion FC for the way this transfer was handled.”

Per the terms of the international transfer agreement between Legion FC and Toulouse FC, the fee will remain undisclosed.

2022 Legion FC Season Tickets at the club’s brand-new home, Protective Stadium, are available now. For all club news and updates fans are encouraged to follow @bhmlegion on social media and keep an eye on bhmlegion.com and the Legion FC app. Download the Legion FC app today on Apple or Android.