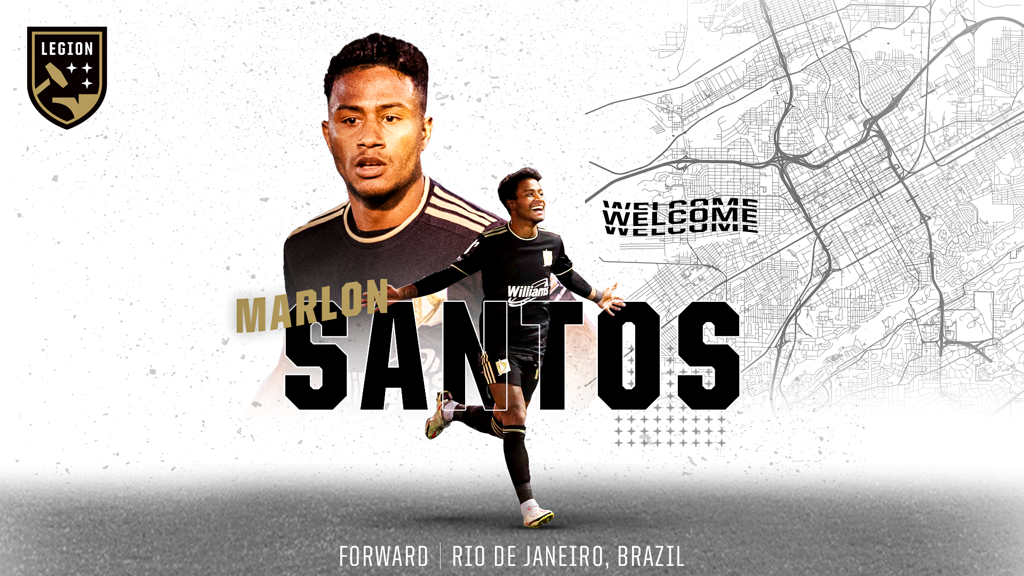 "We're excited to add a player like Marlon to our team," said Legion FC President and General Manager Jay Heaps. "He's a dangerous, attacking player that we tracked closely, and he will add a creative dynamic to our attack in Birmingham."

Santos most recently played for FC Tulsa for two and a half seasons, scoring seventeen goals and adding eight assists in 56 games. The attacker was named Tulsa’s ‘Offensive Player of the Year’ this past season after finishing 2021 with nine goals and four assists and helping lead the team to the playoffs.

A native of Rio de Janeiro, Brazil, Santos got his professional career started with Brazilian club Nova Iguacu in Rio and went on to play for the likes of Bangu, Botafogo, and Madureira before moving to the United States. While he mostly was deployed as a winger with Tulsa, he has proven to be an effective attacking midfielder as well in his time in the USL Championship.

Santos and his Legion FC teammates will kick off the 2022 season at a new home, the brand-new Protective Stadium, and season tickets are available now! Find more info at bhmlegion.com/2022tickets.