The forward bagged 18 goals in 31 matches, fifth-most in the USL Championship 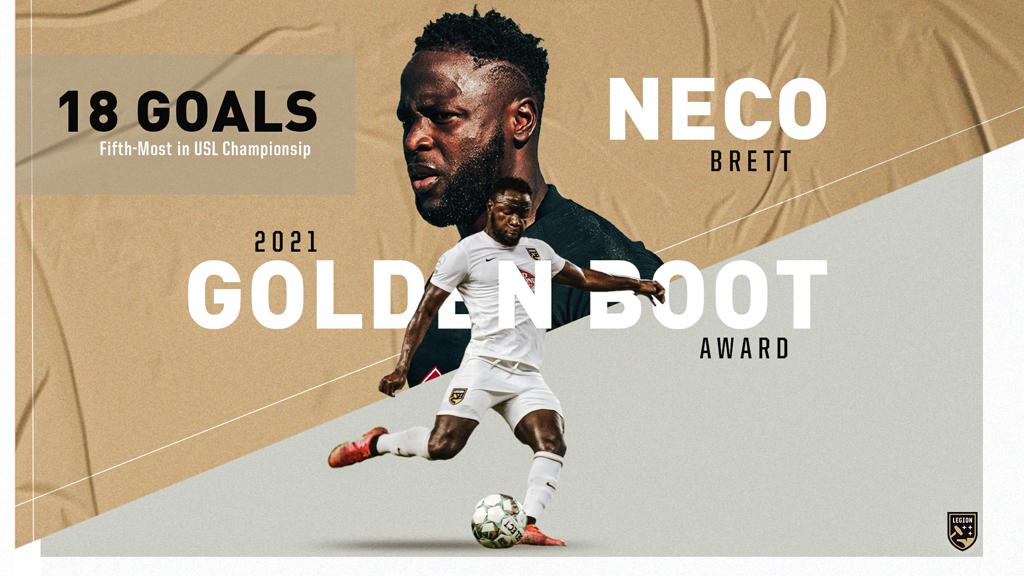 Brett, 29, won Golden Boot as the team-leader in goals scored in the regular season with 18 in 16 matches. By finding the back of the net 18 times in 2503 minutes, or once every 139.05 minutes this season, Brett finished fifth in the USL Championship in goals.

Birmingham’s #11 joined the club ahead of the 2020 season and has not stopped scoring since. His mark of 27 goals in two seasons is a club record. In 2021, Brett also led Legion FC in shots, with 61, was fifth in chances created, with 32, and was tied for fifth in assists with three.

Three more 2021 Team Awards will be announced in the coming days, including Defender of the Year, Magic City Brigade Fans’ Choice Award, and Team MVP, as voted by the players.