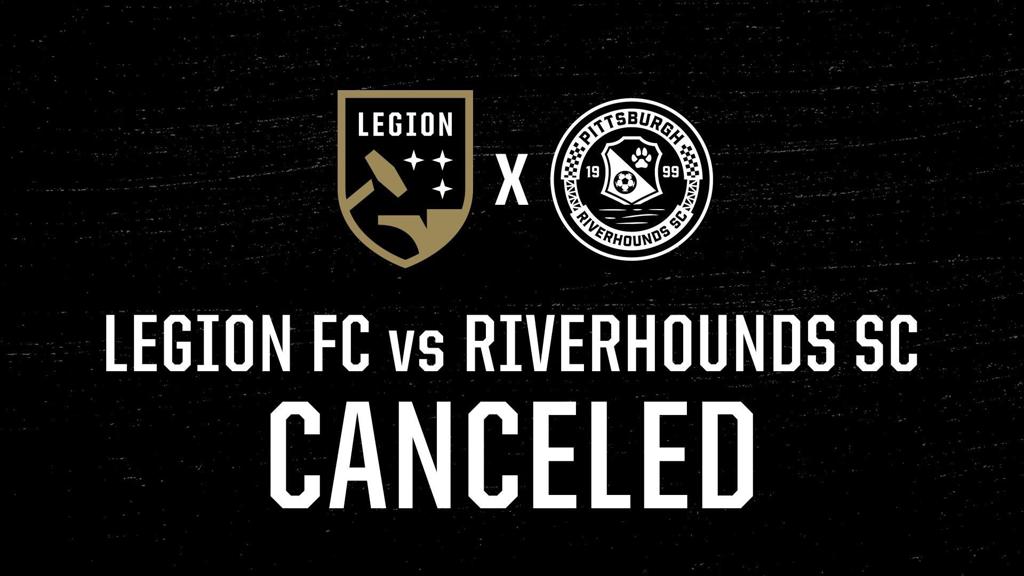 The decision to cancel the match comes after multiple covered persons from the Riverhounds organization have tested positive for COVID-19. As a result, Birmingham will advance to the Eastern Conference Semifinals, and will take on the winner of the match between the Tampa Bay Rowdies and FC Tulsa.

All league, local and state health and wellness protocols are being followed.

For any fans that have already purchased tickets, there are three scenarios in which Legion FC would still host a home playoff game this postseason, outlined below.

·         Scenario Two: If Tampa Bay wins tonight, Legion FC will travel to Tampa to play on Saturday, Nov. 13 at 6:00 p.m. CT. If Legion FC wins that second-round matchup, and any team from the opposite side of the bracket, not named Louisville City FC, advances to the Conference Finals, Legion FC will host that game on Sunday, Nov. 21 at 4:00 p.m. CT.

·         Scenario Three: If Legion FC were to play at Tampa Bay in the Conference Quarterfinals and at Louisville City FC in the Conference Finals and win both of those matches, Birmingham would host the USL Championship Final on Sunday, Nov. 28 at 7:30 p.m. CT if anyone from the Western Conference other than Phoenix Rising FC and/or El Paso Locomotive advances to the final round.

So, in summation, all tickets that have already been purchased for the BHMvPIT match will be honored if Legion FC hosts a 2021 USL Championship playoff game.

If Legion FC does not play another home game at PNC Field (formerly BBVA Field) in 2021, all tickets purchased for the BHMvPIT game will be refunded.

Keep an eye on bhmlegion.com and @bhmlegion on social media for all news and updates in the coming days and weeks.