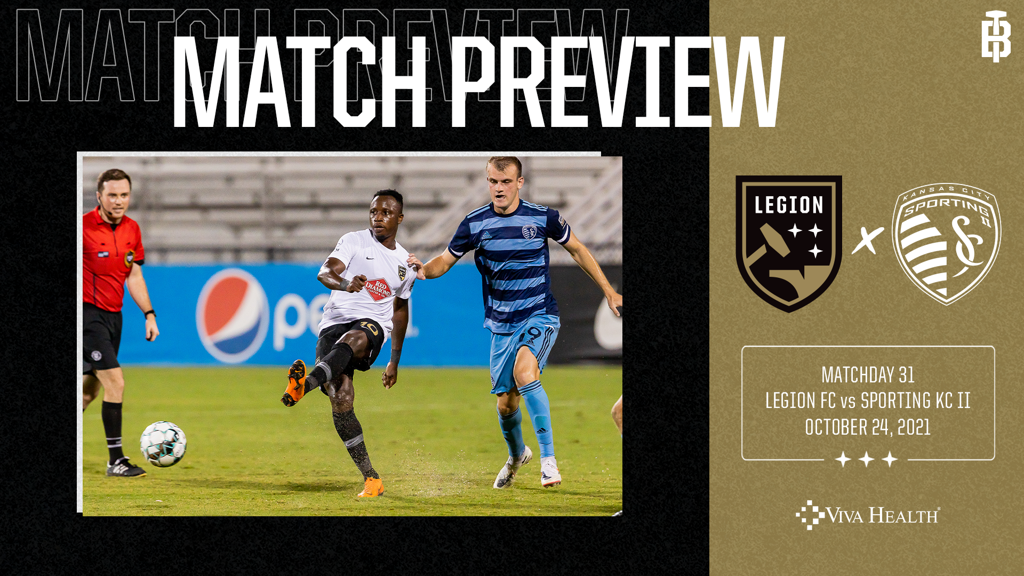 Legion FC recently extended its unbeaten run to eight games last weekend to move two points clear of Louisville City FC at the top of the Central Division. If LouCity drop any points on Saturday, October 23 playing at home versus Memphis, Birmingham can clinch first place in the division with a win in its own home game over Sporting Kansas City II on Sunday, October 24. If LOU wins, the pressure will be on BHM to at least grab a point Sunday, and then the top spot will be decided on the final day of the regular season, when Louisville travels to the Magic City on Saturday, October 30.

The backline continued its string of stellar performances by earning its ninth shutout of the season last Sunday at OKC Energy FC. Versus SKC, the group will be without the services of Mikey Lopez, who will miss out due to a one-game suspension for yellow card accumulation, but the other three members of the backline in Oklahoma, captain Phanuel Kavita, center back Alex Crognale, and right back Jonny Dean, have seemingly gelled and peaked at the right time as all three have played every minute of the last six matches and only allowed three goals in those 540+ minutes.

Last weekend’s 0-0 draw was just the third time this season the Birmingham attack has been blanked. Forward Neco Brett leads the way going forward, as his 17 goals this season are tied for fourth-most in the USLC, and he will get support from attackers like Junior Flemmings, Bruno Lapa, Prosper Kasim, JJ Williams and Jaden Servania. The team has scored three goals in each of its last two home games and will look to keep that streak going on Sunday.

The contest against SKC will be the teams’ fourth matchup of the season, and Birmingham won all three previous meetings, 4-2 in BHM on August 11, and via dual 1-0 score lines in Kansas City on September 1 and October 1.

SKC comes into the contest having already been eliminated from the playoffs, as the team sits in eighth place in the Central, on 20 points, so the young team will be playing for pride to close out the year, while some of the team’s young talent will look to gain some valuable professional experience. The team has scored just 34 goals this season, the eighth fewest in the league, while allowing 54, fifth-most and is currently sporting a 2-9-3 road record on the season.

SKC will also be missing a key piece, midfielder Jacob Davis, due to yellow card accumulation. The team is led by forward Enoch Mushagalusa’s eight goals and 65 shots, while Davis is tops in assists (six) and chances created (41).

This game’s VIVA Health injury report is zero names long, but defender Freddy Kleemann (recalled from loan by Austin FC) will continue to be unavailable for selection, as well as Lopez.

Fans can get tickets HERE and can use promo code WIN for access to $5 tickets in general admission for this game!

Legion FC’s next game is next Saturday, October 30 at 6:30PM against Louisville City FC! Fans can get tickets HERE to come watch the team fight to clinch first place in the division, and are encouraged to reach out to the Legion FC Ticket Office (205-791-7145 / tickets@bhmlegion.com) with any questions or requests.