The 20-year-old has already racked up nearly 4,000 career minutes of playing time in the USL Championship 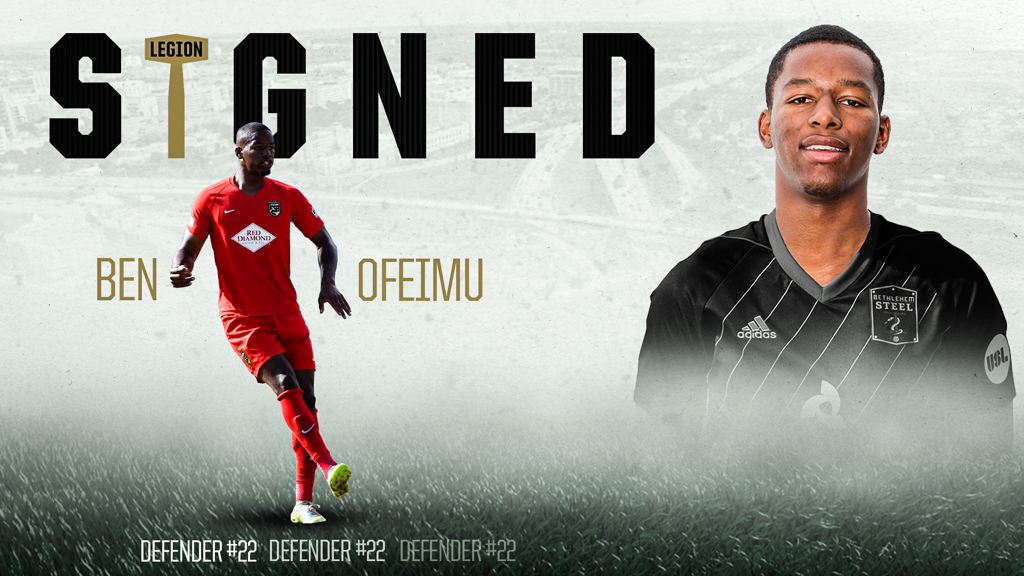 "We're excited to add Ben to our lineup," said Legion FC President and General Manager Jay Heaps. "He's a young defender that already has a lot of experience in USL and will be a great addition to compliment the players we have along the backline."

Ofeimu began his professional career in 2018 with Philadelphia Union II (Bethlehem Steel FC, at the time) where he made 48 appearances in three seasons, tallying three goals and two assists, all while playing centerback. He made his professional debut as a 17-year-old in June 2018, and scored a goal in a 2-1 win over North Carolina FC.

Prior to his professional career, Ofeimu was a member of the Philadelphia Union Academy, starting 56 of his 63 matches played for the youth outfit.

Ofeimu and his teammates kick off BHM’s third season at home, versus Indy Eleven, on Saturday, May 1, at 6:30PM. Season tickets are available now, as well as single game tickets for the first few home matches of the year.