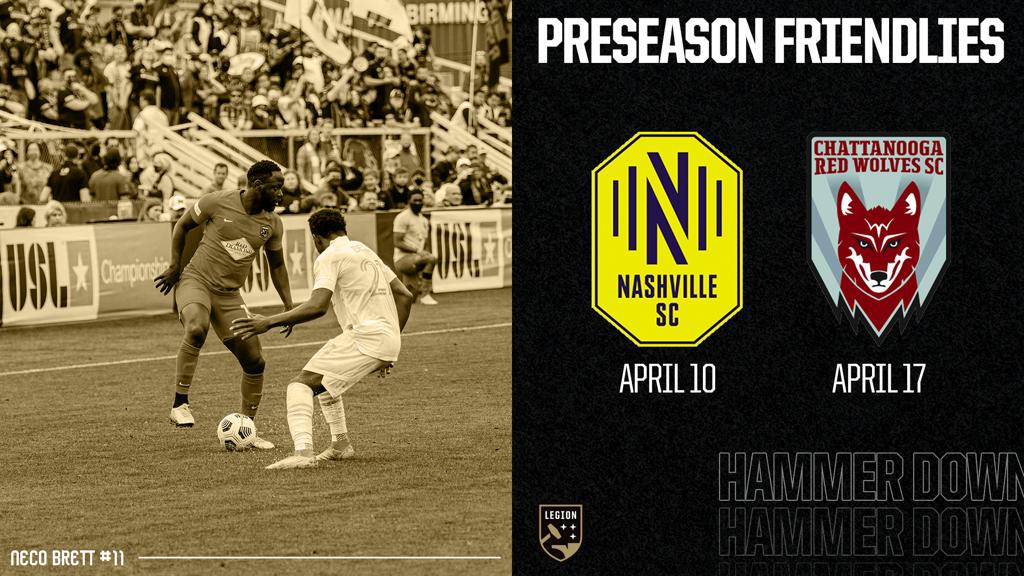 BIRMINGHAM, AL (April 1, 2021) – Birmingham Legion FC announced today the addition of two more friendlies to the 2021 Preseason Schedule, starting with a trip to take on Nashville SC on Saturday, April 10, and following that up with a tilt at home on Saturday, April 17 versus USL League One-side Chattanooga Red Wolves SC.

Both matches will be closed to the public. Legion FC is currently exploring live stream options, and more information about potential streams will be released closer to each match day.

Birmingham kicked off its slate of preseason exhibitions with a 2-0 win over Chattanooga FC on March 13, and then enjoyed a full Soccer Sunday on March 28 as the club took on Atlanta United FC at BBVA Field, drawing the first match of the day 0-0, and falling in the second 1-0.