Haitian international spent majority of 2019 on loan in Birmingham 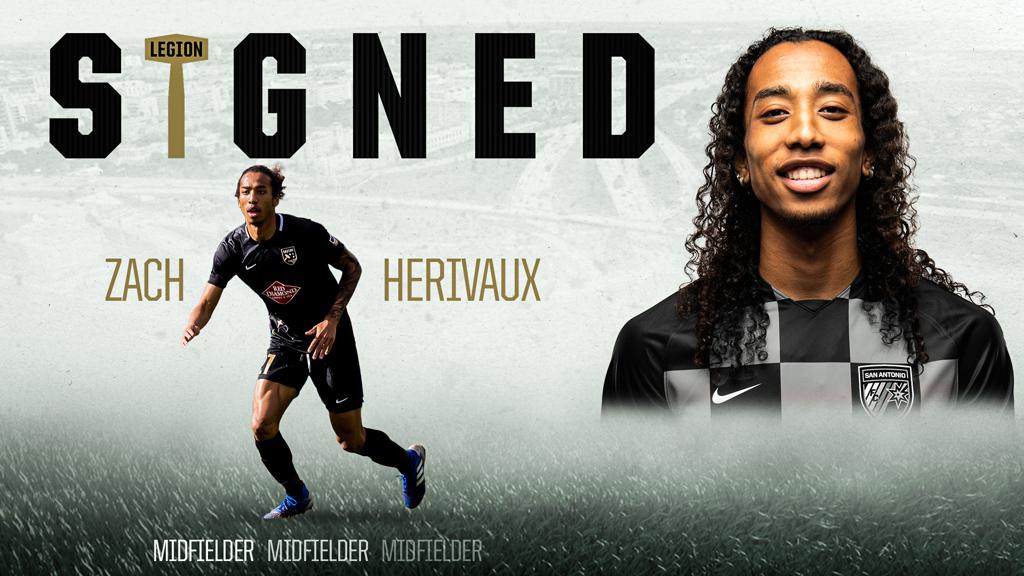 “Having worked closely with Zach in the past, [Head Coach] Tommy [Soehn] and I are excited to bring him back to Birmingham,” said Legion FC President and General Manager Jay Heaps. “He was a great addition to our locker room in 2019, and we think he’ll bring a lot to the group this season.”

Herivaux made 23 appearances for the #ThreeSparks in 2019, and he racked up one goal on five shots, created 14 chances, and added 19 interceptions, 20 clearances and 35 tackles while completing 85% of his passes.

“I’m excited to be back in Birmingham and continue to build off the club’s past two seasons,” said Herivaux. “I believe that we have a very talented squad and a great staff and, of course, amazing fans, so I think we can do some great things this year.”

Herivaux also spent time in the USL Championship with Western Conference side San Antonio FC in 2017, on loan from New England, and played with SAFC last season. In 2020 he made eight appearances and added one assist, while in 2017 he made five appearances and scored one goal.

This will be Herivaux’s sixth professional season after signing with the Revolution as the club's third ever Homegrown Player in 2015. The Boston native made 10 career MLS appearances, including two starts, as well as eight additional appearances and two goals in Lamar Hunt U.S. Open Cup play. The midfielder has also made 15 appearances for the Haitian National Team, registering two assists.

For all club news and updates, like Tuesday’s 2021 Schedule Announcement, be sure to follow @bhmlegion on social media and keep an eye on bhmlegion.com and the Legion FC app. Download the Legion FC app today on Apple or Android!