First of four matchups with the Central Division rival 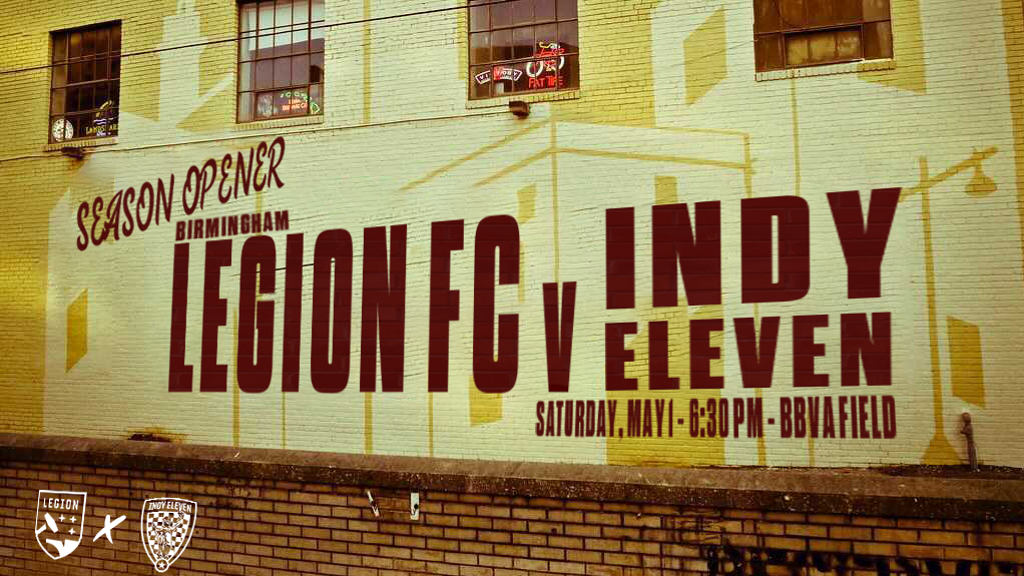 BIRMINGHAM, AL (March 23, 2021) – The USL Championship announced today that Birmingham Legion FC will open its 2021 regular season at home at BBVA Field on Saturday, May 1, at 6:30 PM, versus Central Division rival Indy Eleven.

Legion FC Season Ticket packages are being sold now on our 2021 Tickets page, and anyone with questions or concerns is encouraged to contact a member of our Ticket Office. Three-game Mini Plans are currently available for purchase, as well, and include access to this weekend’s preseason friendly with Atlanta United FC, to the home opener against Indy, and to Legion FC’s second home match of the season. The full season schedule is set to be released in the coming days.

Indy and Birmingham are two of the eight teams grouped together in the Central Division this season, along with Atlanta United 2, Louisville City FC, Memphis 901 FC, OKC Energy FC, Sporting Kansas City II, and FC Tulsa. Each team in the group will face each other four times, and each club will play an additional four matches against opponents outside of the division.

In-division action kicks off Saturday, April 24 as Atlanta United 2 heads to Kentucky to take on Lou City, and, on the same day, OKC and Tulsa square off in each club’s first match as members of the Eastern Conference. Fans can catch every USL Championship match this season on ESPN+.

For all news and updates, like the upcoming release of the 2021 schedule, or to check out recent player signings like defender Phanuel Kavita or forward JJ Williams, fans are encouraged to download the Legion FC app in the App Store or Google Play, to follow the club on social media, and to sign up for the Legion FC Newsletter.