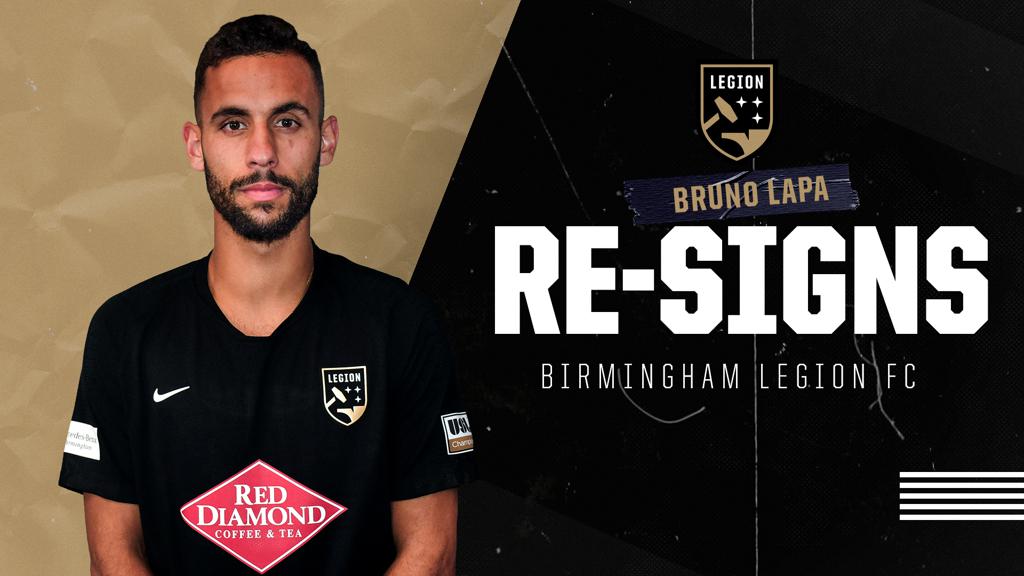 “As we begin to focus on the 2021 season, Bruno was someone we really wanted to bring back,” said Legion FC President and General Manager Jay Heaps. “He has proven to be a dynamic attacking player in this league, he fits in well in our locker room, and we think he still has potential to get even better.”

Lapa, 23, had a standout rookie season in Birmingham this year, starting all 17 matches for Birmingham en route to earning a spot on the USL Championship All-League First Team and being voted Team MVP. Including Legion FC’s playoff match, the midfielder led the team in chances created (35) and in shots (26), tie for the team lead in assists (5), and finish second in goals (8).

Lapa shined in big moments this season, as he scored a goal in his first ever playoff match, and in his first four matches against rival club Memphis 901 FC, BHM’s maestro managed to bag at least one goal all four times, including two goals and an assist in his first pro game, against Tim Howard, and on ESPN2. For his efforts, Lapa was named USL Championship Player of the Week after Legion FC’s first weekend of the Return to Play.

“We were able to accomplish great things, some special things this year, but as a club we know that we can do even bigger things. I believe in the club and I believe in the project, and I think next year can be a special year. We’re hungry for it – we’re going to continue to work and continue to get better to bring a championship back to Birmingham because that’s the ultimate goal for all of us. So, I’m extremely excited to be coming back and I’m looking forward to it already. I miss the city, miss the fans, and can’t wait to be back on the field helping Legion FC win games.”

For all offseason news and team updates, be sure to follow @bhmlegion on social media and keep an eye on bhmlegion.com and the Legion FC app.

Fans with questions regarding 2021 season tickets can email tickets@bhmlegion.com or call the Legion FC Ticket Office at 205-791-7145.