The defender led his team in clearances, blocks, passes, aerial duels and minutes played this season 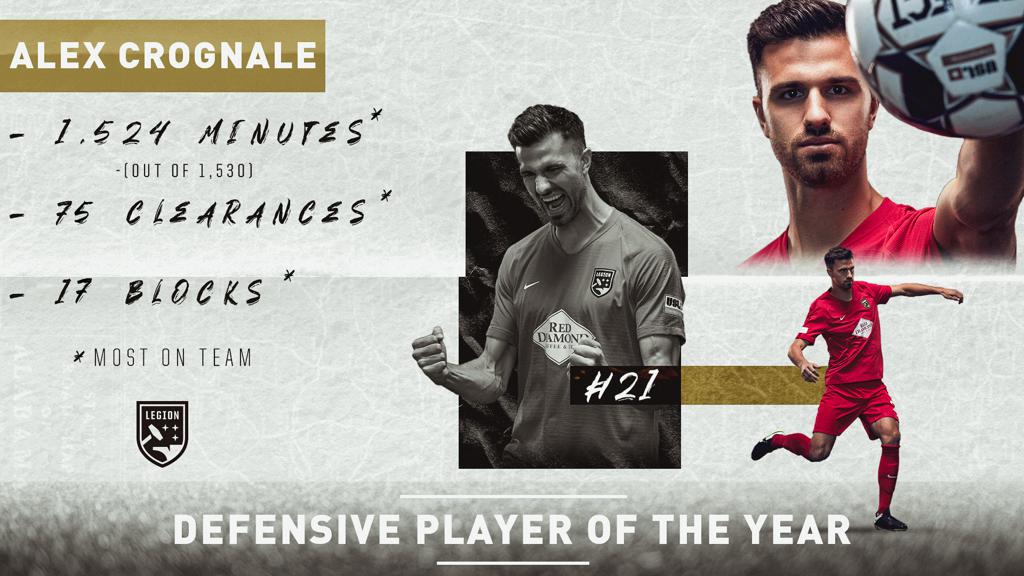 Crognale, 26, started every match in his first season with Legion FC and led the team in minutes after playing every minute of the season except for the final six minutes in BHM’s 4-1 victory vs. the Charlotte Independence on August 29.

Check out more info about Alex on his player page.

Two more 2020 Team Awards will be announced in the coming days – the Magic City Brigade Fans’ Choice Award and Team MVP, as voted by the players.