The defender started every match this season, tied for team-lead in assists 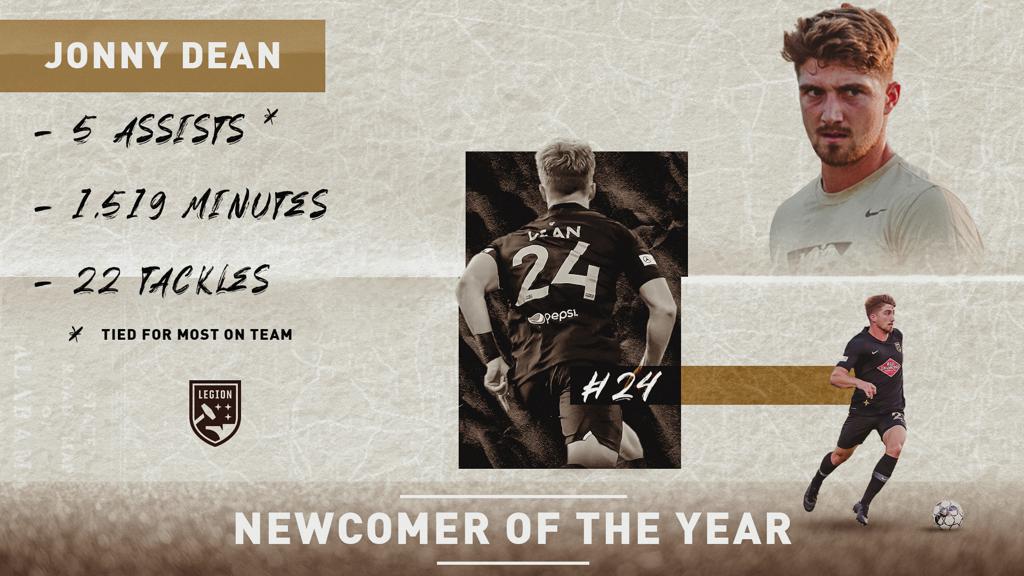 Dean, 23, started every match of his rookie season with Legion FC and played every minute, all year, except for the final 11 in BHM’s 4-0 victory at Miami FC on September 16. While serving as Legion FC’s primary rightback, Dean’s versatility as a player proved useful as he also spent time playing in central midfield and out on the wing.

He tied for the team lead this season in assists (5), finished third in chances created (17), fourth in tackles (22), fourth in passes (656), fourth in interceptions (14), fourth in blocks (5), fifth in clearances (20), and scored his first professional goal for good measure.

Three more 2020 Team Awards will be announced in the coming days, including Defender of the Year, Magic City Brigade Fans’ Choice Award winner, and Team MVP, as voted by the players.