BHM hard-done by harsh early red card, fight til the end of 1-0 loss 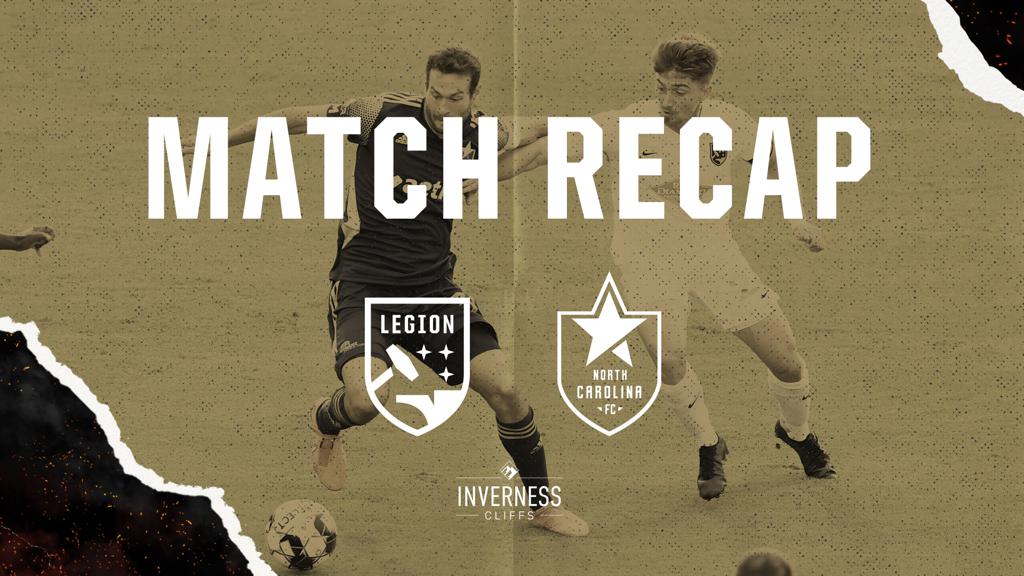 The match started off evenly played for the first half hour, but the dynamic inevitably shifted when the referee handed Legion FC defender Bolu Akinyode a red card in the 33rd minute. The decision was a harsh one for a slight tug on the North Carolina attacker, more than 30 yards from the BHM goal, but the visitors had to grind out the final 60 minutes down a man.

North Carolina FC could not turn the man advantage into much besides as uptick in possession, as the home side only managed three shots on target in the second half to Legion FC’s one, but they did grab the only goal of the match in the 51st minute as rightback DJ Taylor got into the box and laid the ball off for midfielder Dre Fortune who scored.

“They showed a lot of character,” said Legion FC Head Coach Tommy Soehn when asked about his squad’s effort tonight. “Obviously it’s hard to overcome such a bad decision that puts us down that early in the game, but they showed resilience, and kept fighting, and we created some chances at the end, so I give them a lot of credit. Being shorthanded, on a big field like that, they gave me what I wanted. I got everything I could get from them, but obviously it’s so difficult playing shorthanded like that.”

After this result, Legion FC retains its lead on top of Group G, and North Carolina FC’s first win of the season sees them pull up to four points, but still occupy last place in the group.

"It was really tough losing Bolu [Akinyode] so early in the game, but we all believe in each other, we always want to fight for each other and for Birmingham, and that's what we did,” said midfielder Mikey Lopez. “We had some chances in the second half, made it hard for them even up a man, and hate that we couldn't get a result.

"We have to get home and regroup and focus on the next match, one game at a time. It's still early in the season, with a lot of games left to play, and these group games are going to be really important. We have a lead still in our group and will give it our best again on Wednesday."

Legion FC returns home to BBVA Field for a two-match homestand next week and will face the Charlotte Independence on Wednesday, August 5, at 7:00PM and Atlanta United 2 on Saturday, August 8, at 6:30PM. Both matches will air live on My68 and EPSN+, and you can get tickets at bhmlegion.com/tickets, by emailing tickets@bhmlegion.com, or by calling the Legion FC Ticket Office at 205-791-7145.