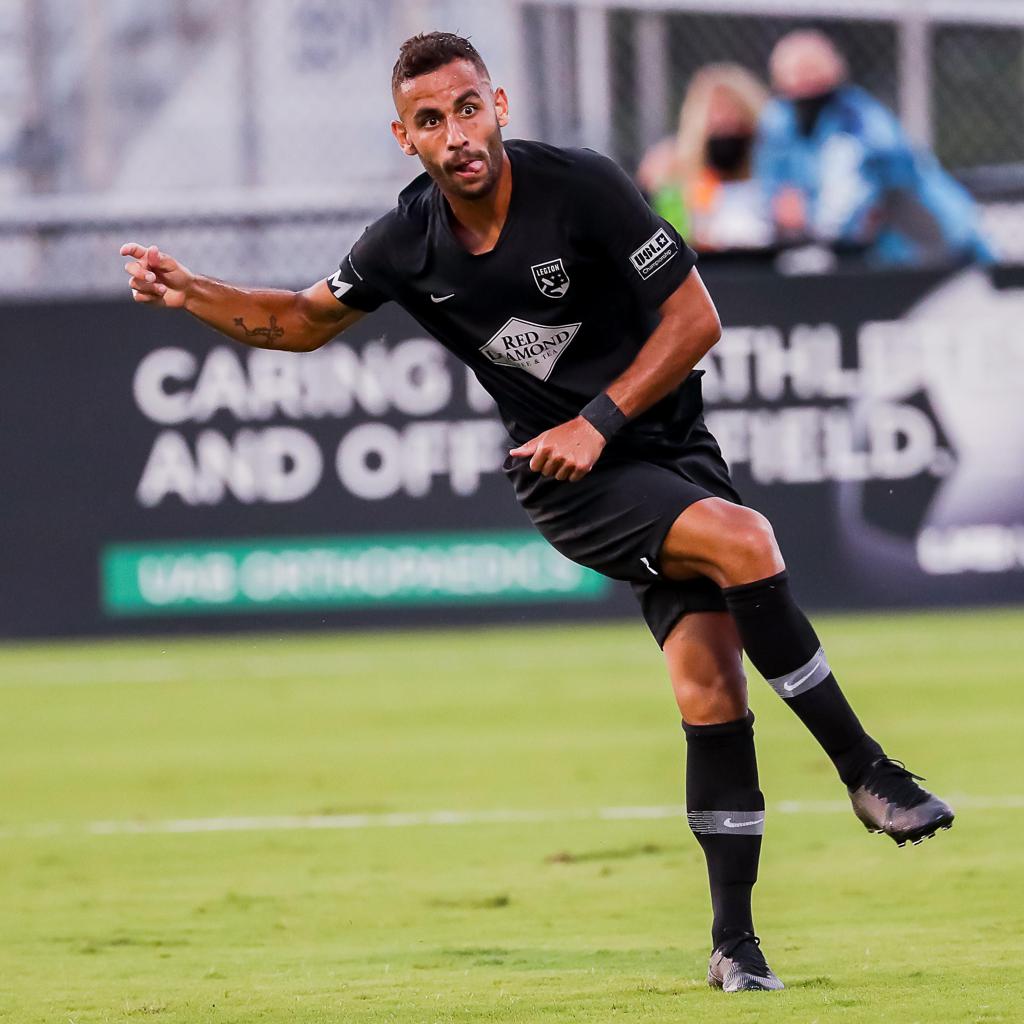 What a way to start a pro career! Lapa was voted USL Championship Player of the Week after scoring three goals and adding one assist in Legion FC's first two matches of the season. He also leads Legion FC in shots (5), key passes (4), crosses (8), passes in the opposition half (52), and fouls won (5), in the first two matches against Memphis and the Charleston Battery in just 149 minutes played.

Lapa played college soccer at Wake Forest University from 2016 to 2019, and he made 80 appearances in four years, scoring 23 goals and adding 15 assists. He was the 2018 ACC Midfielder of the Year, a MAC Hermann Trophy Semifinalist, and a United Soccer Coaches and College Soccer News First Team All-American.

“Playing my first game as a professional was something that I dreamed about since i was a kid. Right before kickoff, I was remembering all the memories that lead me to that moment, and it was a special day. I am grateful for this opportunity, and I am looking forward to playing more games in the Legion jersey.” 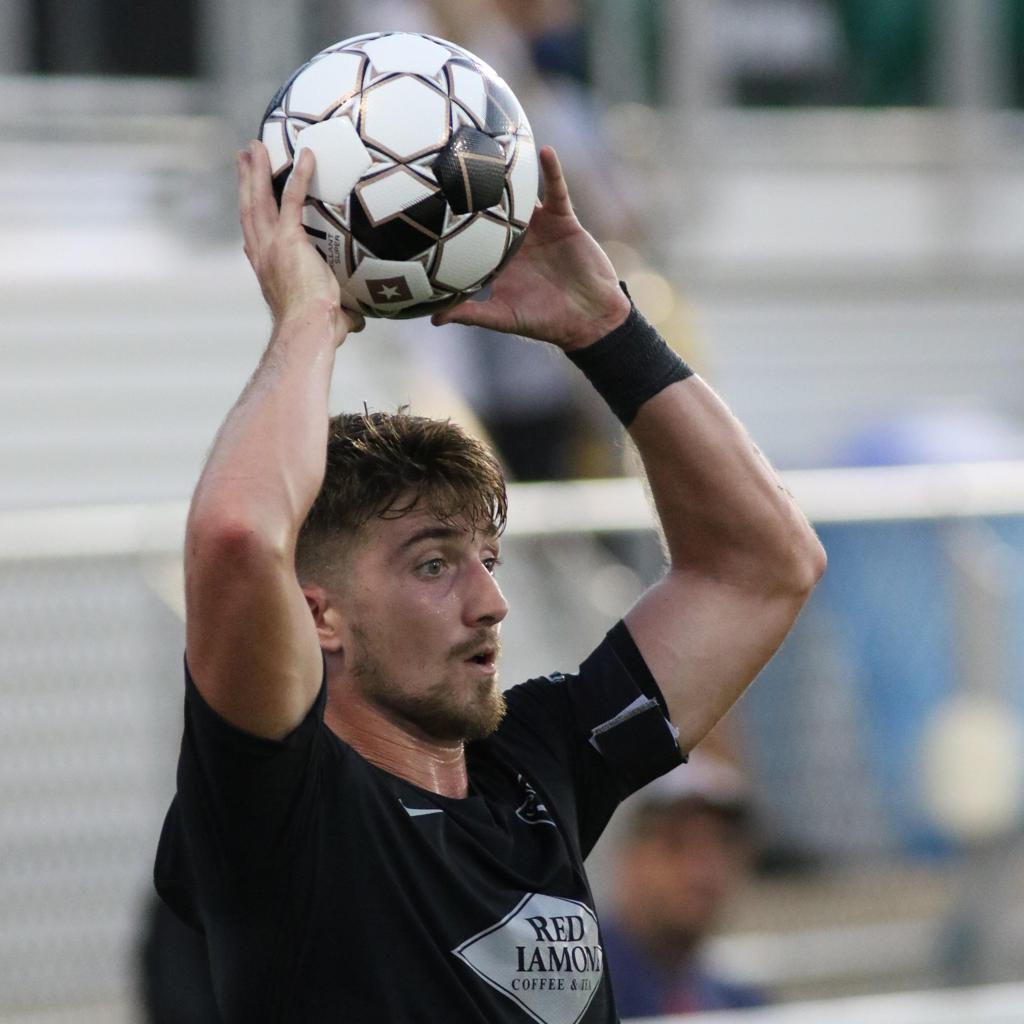 Dean leads the team in assists after two matches, with three. That number leaves him tied for second in assists in the USL Championship.

Dean was drafted by Orlando City SC with the 13th pick in the second round of the 2020 MLS SuperDraft. He began his collegiate career at Wofford College, where he started 13 of a possible 17 games in 2015. While at Wofford, Dean tallied five assists and scored one goal on the way to being named to the All-SoCon Freshman Team.

Following his freshman year, Dean transferred to UCF and started 35 of a possible 50 matches from 2016 to 2019; he scored one goal and recorded 11 assists, ending his collegiate career by playing every minute of his redshirt senior season and captaining UCF to an appearance in the NCAA Tournament.

“The feeling of making my professional debut was awesome. Especially with everything going on in the world right now with Covid-19. For a while I wasn’t sure if we were going to have a season or not so I feel very fortunate. It’s a night I won’t forget playing on ESPN2 and against a USA legend Tim Howard.” 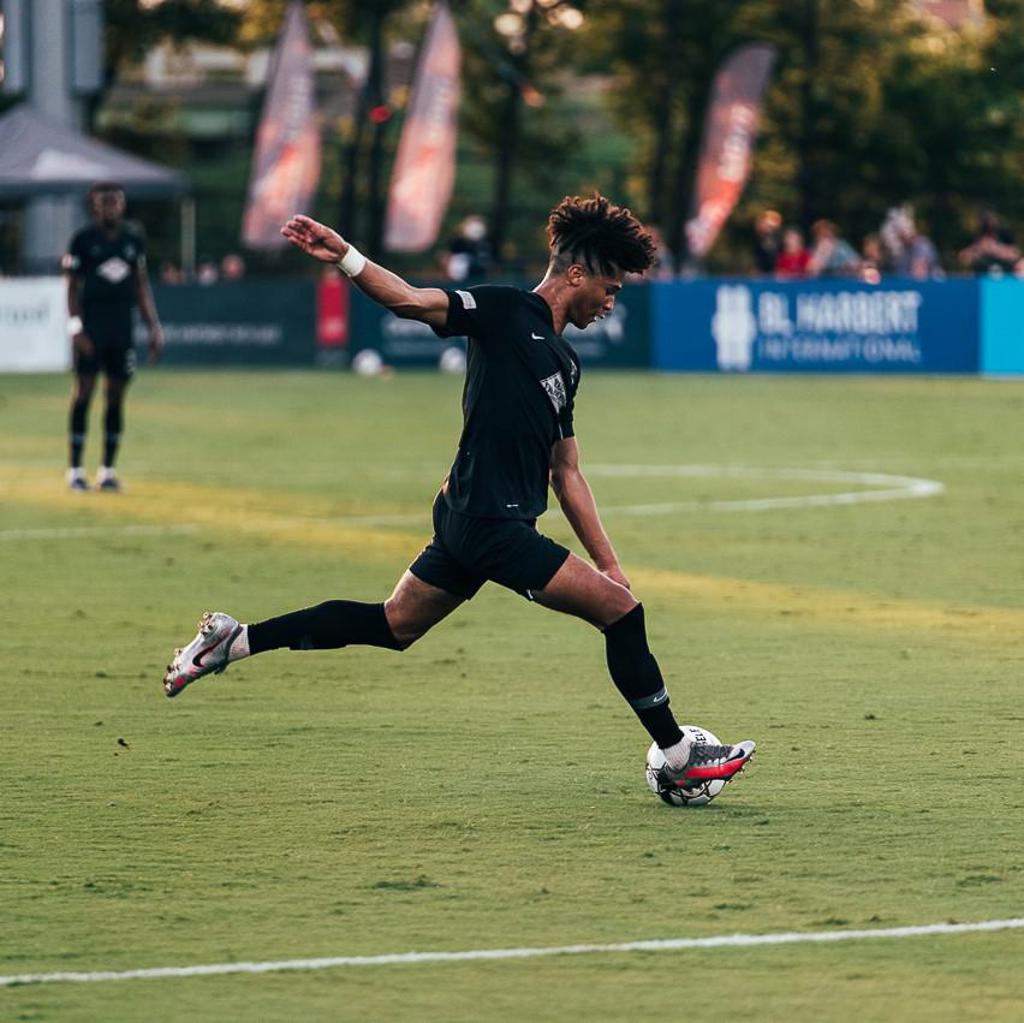 Servania started the first match of the season on the right side of a midfield four and came in as a substitute on the left during the second match. He made 16 passes, attempted one shot, and made one key pass and one tackle in 103 minutes so far this season.

Servania is a Birmingham native, and is the first Legion FC Academy signing. He most recently spent time with the Houston Dynamo academy. He represented Puerto Rico at the international level, and at the 2018 CONCACAF U-20 Championship, he scored seven times and assisted twice in five appearances during the competition’s group stage. He has also played for USL League Two side Brazos Valley Cavalry FC.

"Making my debut in my hometown was a pretty surreal moment. I never imagined myself being able to be back here representing the city where I grew up. I was able to see a lot of people that have been in my life and supported me since I was a kid, and I’m just very grateful for this experience and the group of guys that I’ve met and have been able to play with." 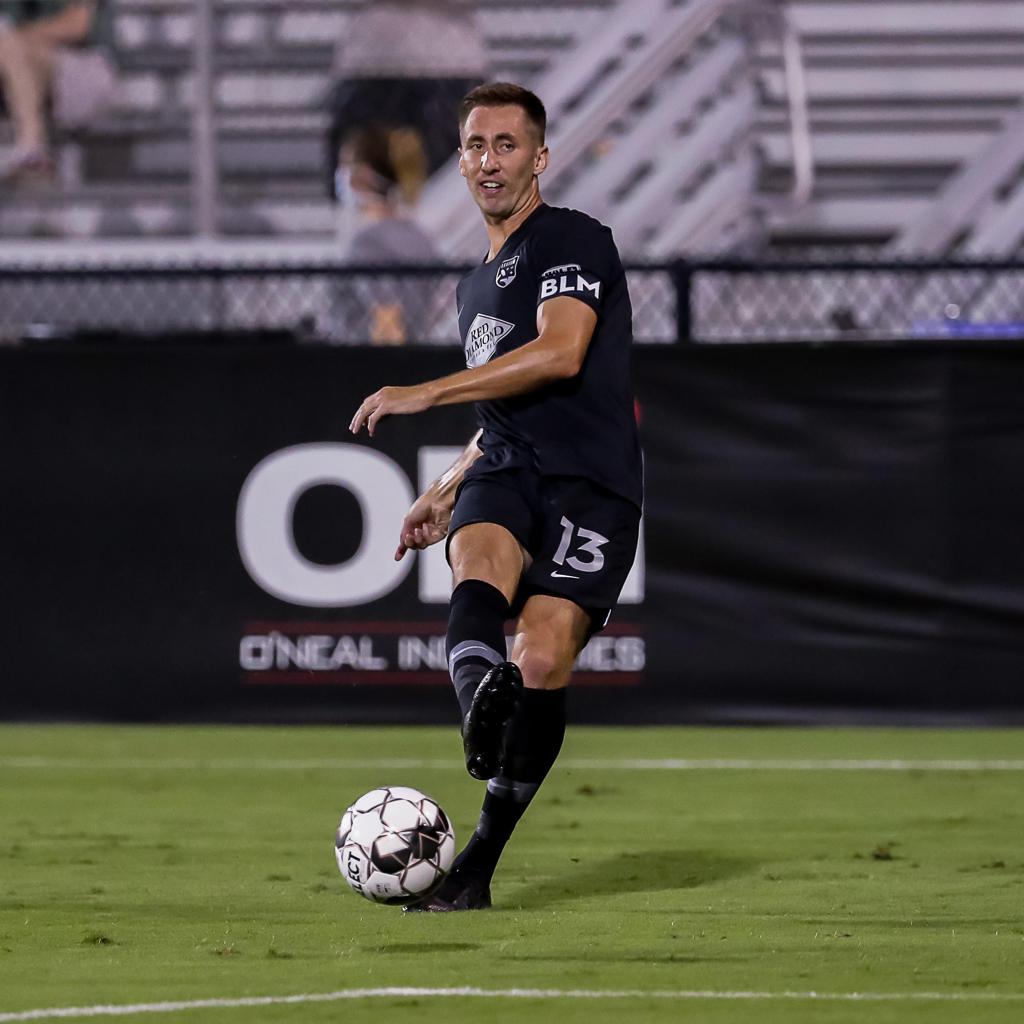 Rufe kicked off his professional career with a substitute appearance in the first game of the season, against Memphis 901 FC and got his first start just four days later at Charleston. He spent both matches at rightback, and made 65 passes, four tackles, four clearances, and four interceptions in 118 minutes played.

Rufe began his collegiate career at Indiana University, and following his freshman year, he transferred to Western Michigan University. He hit the ground running in Kalamazoo and started 52 of a possible 55 matches in his three years as a Bronco, while adding four goals and tallying two assists. During his time at Western Michigan, Rufe earned Second Team All-MAC and Academic All-MAC honors.

He also spent time with AFC Ann Arbor, in USL League Two. Prior to his collegiate and professional career, Rufe grew up in Huntsville, Alabama, where he attended Grissom High School and was named Gatorade Alabama Boys State Player of the Year in 2014. Rufe is the third State POY to sign with Legion FC, following Chandler Hoffman (’08, ’09) and JJ Williams (’16).

“I’m so grateful to be part of this club, and it was pure joy making my debut. Getting to do that where I was born and raised made it that much more meaningful. It’s truly a special opportunity and privilege. I am overwhelmed with the support from family, friends, and the Legion faithful! Our mentality and the way we represent ourselves on and off the field makes me so proud to put the Legion jersey on for each game.” 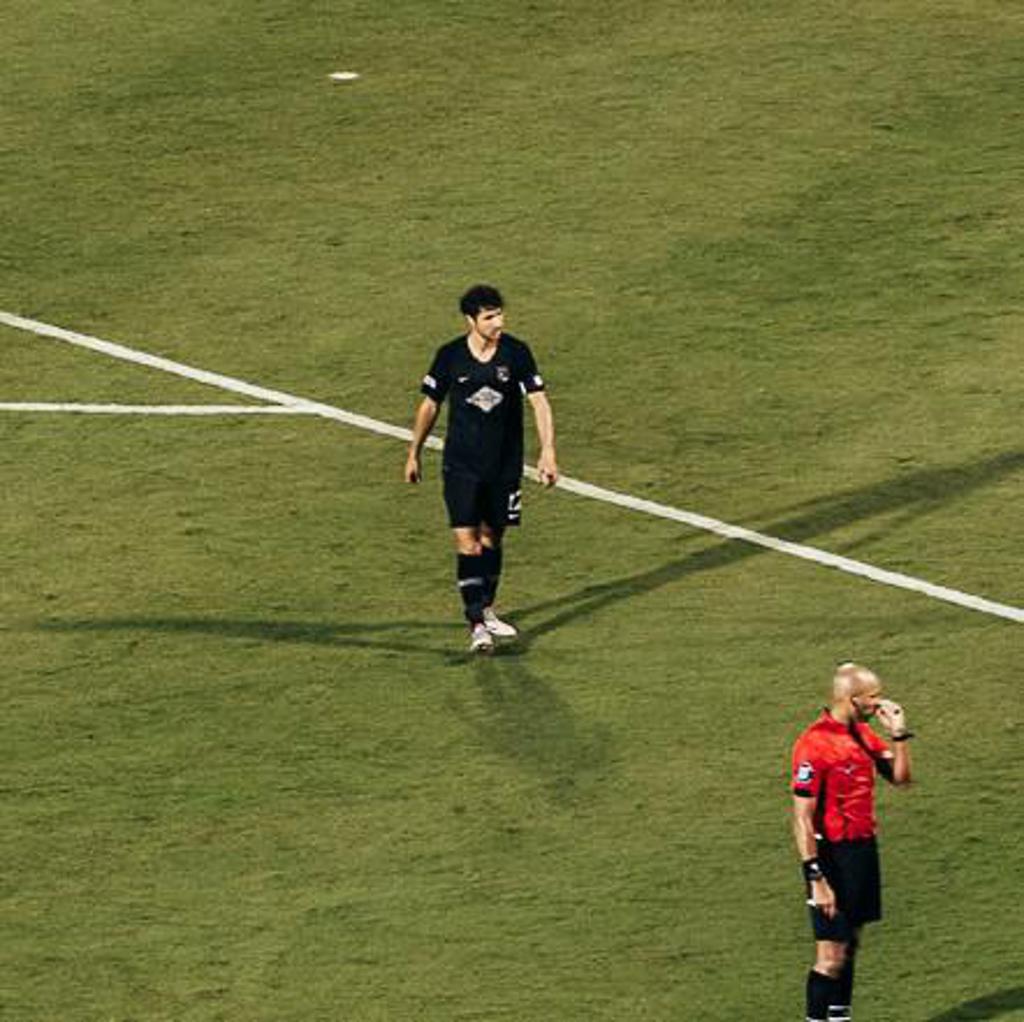 Crognale, made appearances in both of Legion FC's first two matches of the season, subbing in to help control the midfield and spring the attack. In 55 minutes he's made 33 passes, completed 81.8% of them, created one chance, and made one tackle, two interceptions, and one clearance.

While a Terrapin, he started 42 of a possible 50 matches, racked up nine assists and recorded four goals, and controlled the midfield as the Terrapins won the 2018 National Title. For his efforts on the way to the championship, Crognale was named to the 2018 College Cup All-Tournament Team. He was also named to the 2019 All-Big Ten First Team and the 2019 United Soccer Coaches All-North Region Second Team.

“It was a surreal moment. I never would have imagined myself in that position, running on the field as a pro, a few years ago. It was an extremely special moment and on top of that my family was there supporting me, as well as Alex [Crognale] on the pitch alongside me. Having him out there with me gave me a sense of comfort.” 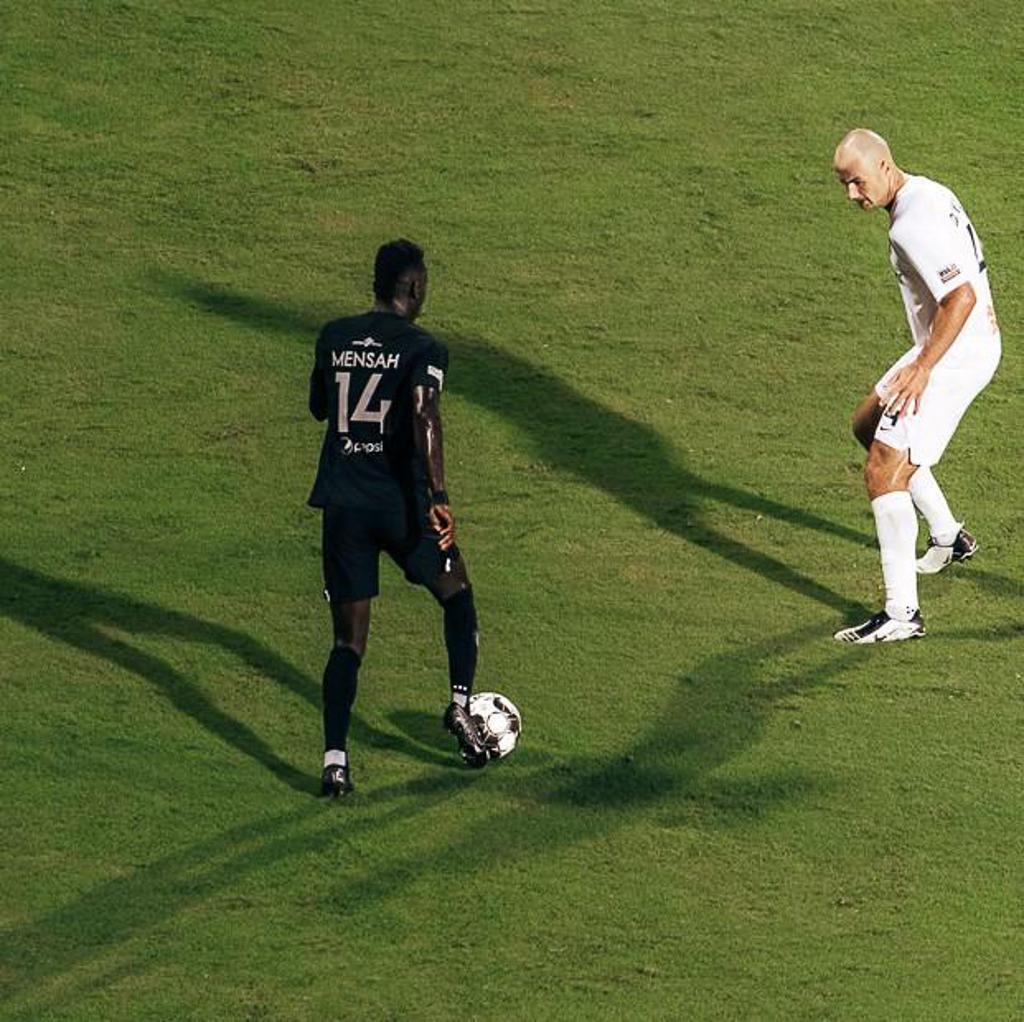 Mensah followed up a promising preseason, in which he scored in Legion FC's friendly against Atlanta United, with a substitute appearance in the first match of the season. In 19 minutes, he made two passes, created one chance, and swung in one cross while constantly being a threat to get in behind the backline.

“Obviously, it was a great and amazing feeling! I came in as a sub, but one could tell the momentum had been there right from pre-season till now. We just hope to do our best collectively to achieve greater heights with the team this season and beyond, and it was great having the fans around!” 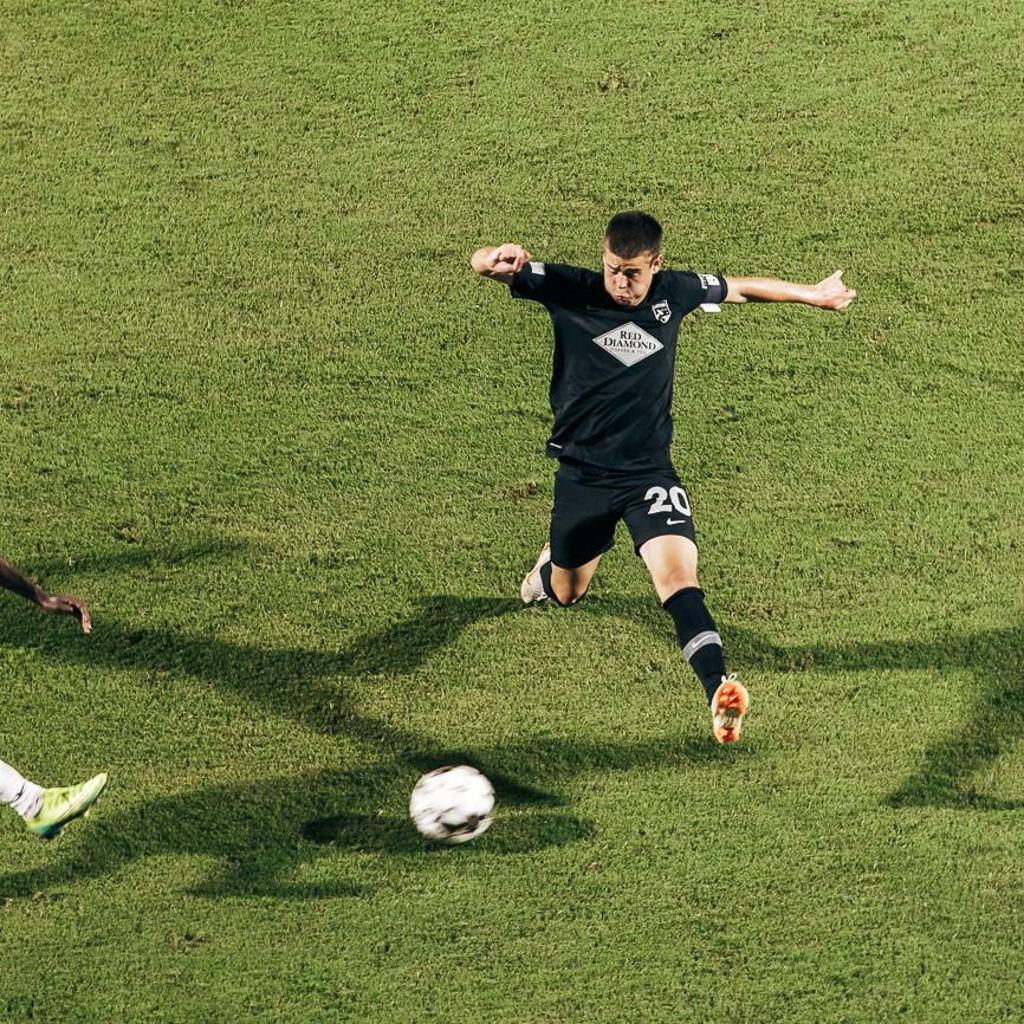 Najib subbed on for the final eight minutes of Legion FC's win over Memphis 901 FC in the first match of the season. He made seven passes, completing 100% of them, and made one tackle to kick off his professional career.

Najib signed an academy contract with Legion FC the week before the 2020 USL Championship Return to Play. The 17-year-old was a member of the Major League Soccer club Real Salt Lake’s academy from Under-9 to U-18. He is also the nephew of Legion FC Equipment Manager Kevin Harter.

He most recently played for Pateadores SC in California, has spent time with USL Championship side Orange County SC, and has gone on trial in Europe with Sporting Lisbon, Dinamo Zagreb, and other clubs.

“Making my professional debut was a dream come true! I’ve trained hours and hours for this to become a reality and I’m very thankful that the club has put their trust in me at such a young age.”

Legion FC returns home for match number three on Saturday, July 25 vs. the Tampa Bay Rowdies at 6:30PM. Tickets are available at bhmlegion.com/tickets or by calling the Legion FC Ticket Office at 205-600-4635, and the match will air live on My68 and ESPN+.

Legion FC is auctioning off the commemorative jerseys, player signed jerseys worn during the first match of the season to support the Birmingham Civil Rights Institute. Fans can bid on their favorite player's shirt by going to 32auctions.com/bhmlegion. All proceeds go directly to the Institute, and the bidding ends on Saturday. Thank you for your support of Legion FC, the Civil Rights Institute, and the greater Birmingham community.