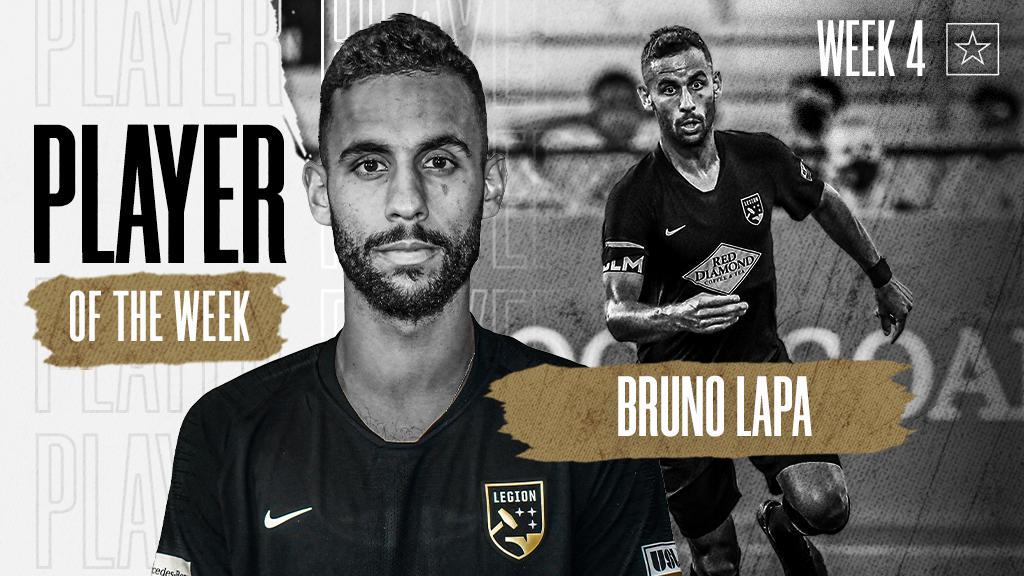 TAMPA, Fla. – The USL Championship announced on Tuesday that Birmingham Legion FC midfielder Bruno Lapa had been voted the Championship’s Player of the Week for Week 4 of the 2020 season.

A former standout at Wake Forest University and for USL League Two side NC Fusion U23, Lapa marked his first two appearances in the professional ranks with three goals and one assist, including two goals and one assist on his debut in a 3-0 victory for Legion FC against rival Memphis 901 FC last Wednesday night.

Lapa kicked off his career in style, leading Legion FC in shots (5), key passes (4), crosses (8), passes in the opposition half (52), and fouls won (5), in the first two matches against Memphis and the Charleston Battery in just 149 minutes played.

Brian Wright also made the Team of the Week bench after notching two goals across the two games in Legion FC's opening week. The forward registered four shots, tied Lapa for team lead with three shots on target, and added one key pass for good measure.

Lapa earned 71 percent of the ballot for his pair of performances. Pittsburgh Riverhounds SC’s Kenardo Forbes finished second on 18 percent after recording three assists in the Hounds’ 6-0 demolition of the Philadelphia Union II on Saturday night.

The Championship’s Player of the Week is selected by the USL National Media Panel, which is made up of representatives from each media market in the Championship.

GK – Parfait Mandanda, Hartford Athletic: Mandanda recorded a three-save shutout and provided the assist on the lone goal of the game as Hartford Athletic took victory on the road against the New York Red Bulls II.

D – Phanuel Kavita, Saint Louis FC: Kavita put in a strong display at the back with nine clearances and nine recoveries while winning 7 of 10 duels, and he also completed 32 of 38 passes in STLFC’s shutout win against Louisville City FC.

M – Kenardo Forbes, Pittsburgh Riverhounds SC: Forbes recorded the 18th instance of a three-assist game in the Championship’s history, and completed 66 of 80 passes, won 9 of 14 duels and made 10 recoveries as he led the Hounds against the Philadelphia Union II.

F – Jaime Chavez, OKC Energy FC: Chavez recorded two goals and one assist as Energy FC picked up four points on the week, including a goal and assist on his 33rd birthday in a 3-1 road win against Austin Bold FC. 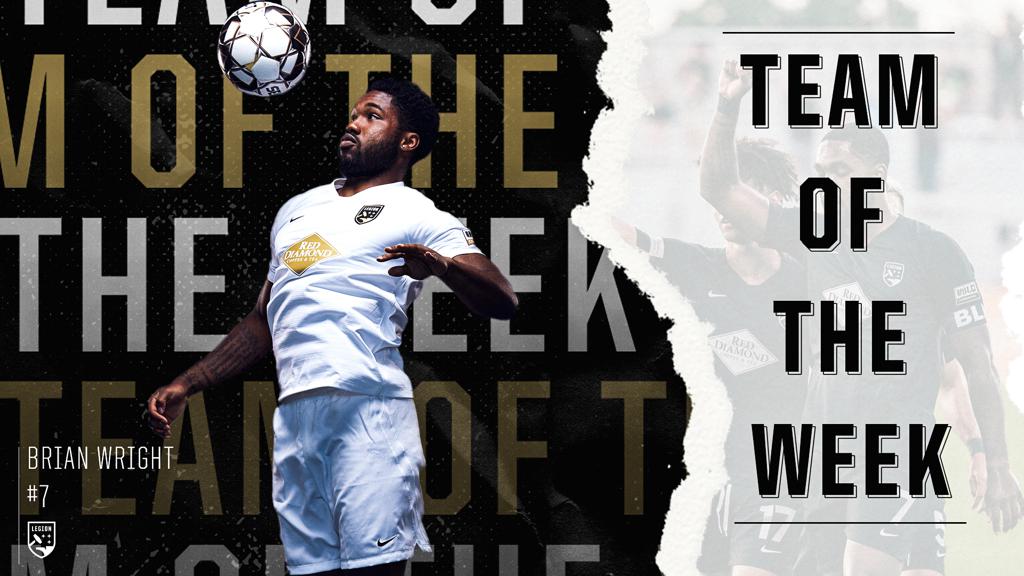