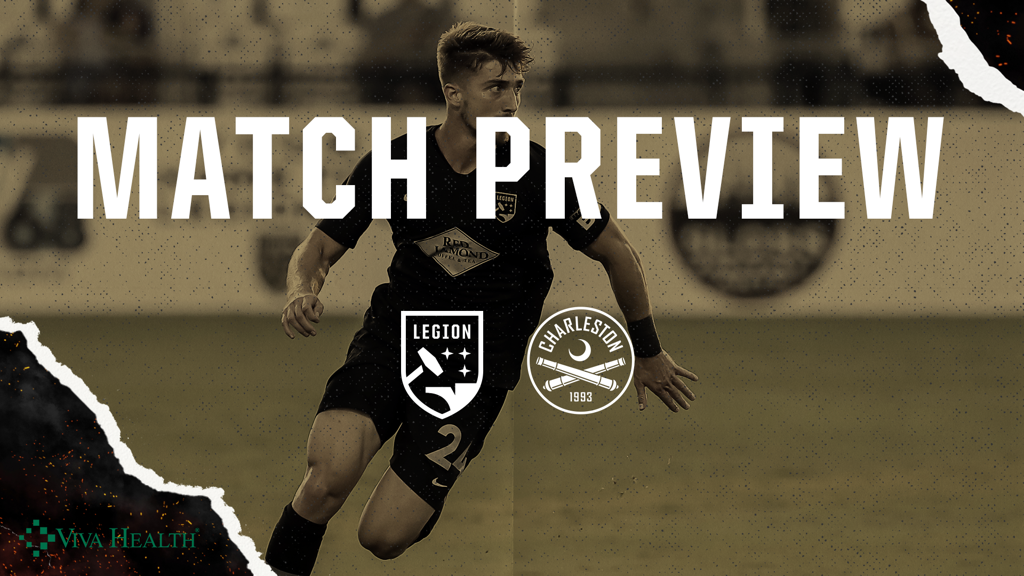 Legion FC marked its return to play with an emphatic 3-0 win over rival Memphis 901 FC midweek. There was hardly any time for basking in the victory, though, as members of the Black and Gold had to quickly shift their attention to this Sunday, July 19, as they travel to take on the Charleston Battery.

Charleston was selected as one of the four teams not in Group G that Birmingham is set to face off against (Miami FC, Atlanta United 2, and the Tampa Bay Rowdies being the other three). Sunday’s contest will be the Battery’s first match since their 1-0 win over Atlanta United 2 on March 8, a factor that could come in to play this weekend.

“One thing I know is that they'll be excited as we were to get our first match," said Legion FC Head Coach Tom Soehn. "We're playing in their building, so they're going to be unbelievably excited to play at home. We're going to have to match the energy, but, having played a game, we have a better understanding of our shape and how to play out of that shape. They’re going to be experimenting a little bit, because they haven’t had the matches that we’ve had.”

BHM is yet to earn a win over Charleston; the first time these two sides met, the Battery claimed a 3-1 victory at home, while a 0-0 draw was played out between the two at BBVA Field. Charleston heads into the tie spurred not only by the excitement of playing its first match in four months, but also by the prospect of winning its first match at its new home, Ralph Lundy Field.

The Black and Gold, however, make the trip to South Carolina hoping to sour the occasion. Coming off its aforementioned 3-0 win over Memphis, Legion FC will look to carry the confidence it earned in Wednesday’s season opener into its first away match of the 2020 USL Championship season.

Wednesday’s result was earned through a fantastic performance from all those involved, with the squad getting the job done on both ends. In front of goal, returning forward Brian Wright and debuting midfielder Bruno Lapa provided the goals, while the likes of Razak Cromwell and Alex Crognale ensured that it was a slow day at the office for goalkeeper Matt VanOekel. In the midfield, Bolu Akinyode and Daigo Kobayashi pulled the strings when it came to developing play.

Considering the quick turn around in games due to the new schedule, rotation will be key for Head Coach Tom Soehn; judging by the number of options at Coach Soehn’s disposal in all areas of play, this does not seem like it will be an issue. Midfielder Anderson Asiedu returns to the squad after having to sit out the season opener due to a suspension, while forward Neco Brett will look to influence the game after a short substitute appearance on Wednesday after returning to full fitness.

Similar to Birmingham, Charleston features new faces after a busy offseason. The Battery made eleven signings during the offseason, with former Rangers Football Club (Scottish Premier League) midfielder Robbie Crawford the most notable of the signings. Crawford adds a controlling presence to the Charleston midfield, and will look to control the tempo for his side this Sunday. Positioned in front of him will be forward Zeiko Lewis; Lewis led the Battery in goals (8), assists (5), and chances created (46) last season, and he is already off the mark this season with his winning goal in his side’s game against Atlanta.

Legion FC’s trip to Charleston this Sunday will likely be a tougher litmus test for the squad, but if Wednesday’s performance is any indication, it could be another test that the Black and Gold pass with flying colors.