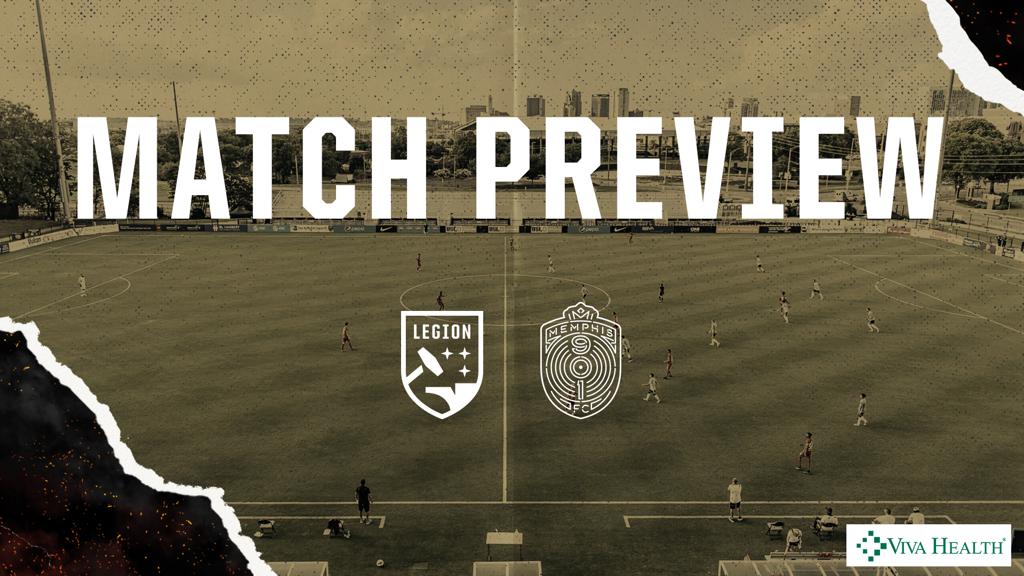 Legion FC makes its long awaited return to play this Wednesday, July 15, as it hosts rival Memphis 901 FC to kickoff play in Group G of the USL Championship Return to Play. The match will be the Black and Gold’s first competitive outing since the 2019 USL Championship Playoffs, as well as the club’s first time out on the pitch since a preseason slate that included Major League Soccer’s Atlanta United FC and a trip to Guatemala.

Birmingham kicks off its second season in the USL Championship under unlikely circumstances. The league format has been updated, with group stages serving as the path into the 2020 USL Championship Playoffs. In addition to Memphis 901 FC, Legion FC has been drawn into Group G alongside North Carolina FC and the Charlotte Independence.

Wednesday’s fixture against Memphis promises an exciting return to play for Birmingham. The contest will see a number of players make their competitive debut for Legion FC; additionally, returning players will look to start off on the right foot in order to earn all three points and the bragging rights that come with a rivalry win.

BHM gained four out of a possible six points against 901 FC last season, earning a point on the road with a 2-2 draw and all three points in a 1-0 win at BBVA Field. Seeing as Legion FC was one of only three sides that did not take the field prior to the 2020 USL Championship season’s suspension, the members of the Black and Gold will be itching to get things underway and put in a strong showing in their return to competitive play.

Memphis was one of the sides that played a match prior to the season’s suspension, losing 2-4 in their season opener against Indy Eleven on March 11. While assumptions regarding form would be easy to make under normal circumstances, 901 FC, like every other USL Championship club, head into the match with a clean slate.

Former USMNT captain Tim Howard presents a formidable presence in goal, while forward Brandon Allen will look to cause trouble for the Legion FC backline going forward. Allen was Memphis’s leading goal scorer last season with 10 goals scored, and he opened his 2020 account with a goal in his side’s 2-4 loss to Indy. Additionally, newly signed midfielder Jean-Christophe Koffi will play an important role in anchoring the midfield for the visitors. Koffi started 26 of the 27 matches he played for the New York Red Bulls II in the 2019 USL Championship season and finished second in the squad in tackles with 65. He racked up eight tackles in 901's season opener.

Concerning the hosts, Legion FC has players of its own that will look to leave their impact on the match following impressive 2019 seasons. Neco Brett leads the line going forward after a 17 goal season in 2019 with Pittsburgh Riverhounds SC, while Bolu Akinyode brings a dominating presence into the Birmingham midfield following a season that saw him record 1,000+ passes and 100+ tackles with Nashville SC prior to their move to MLS.

Both sides feature players, new and old, that have the potential to make game deciding plays for their side. Uncertainty, excitement, and the tension of two rivals pitted against one another combine to create what is sure to be an amazing atmosphere for Legion Nation to enjoy.