Last season's USL Championship All-League Second Teamer opens up about growing up in Jamaica, playing in MLS, and joining BHM 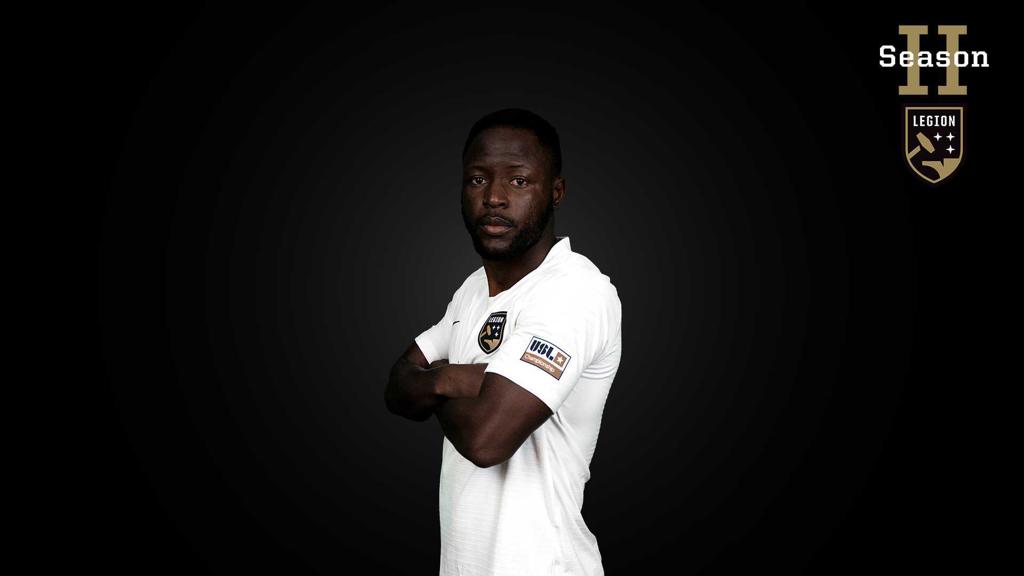 You were born and raised in Kingston, Jamaica. What was that like growing up, and did you always know you wanted to be a footballer from a young age?
"Yeah definitely, I always wanted to be a footballer. That was just my thing. My first love was just soccer, you know. My dad was a soccer player, but he was even better at cricket. My mom used to tell me when she was younger that she had to watch whenever she gave me my bottle to drink from, after I finished, she would see me kicking the bottle around the house. She said she had to buy so many bottles and always have extras, because the moment I finished drinking my tea or whatever, I’d just put it on the floor and kick it all over the house."

You played a few times professionally in Jamaica as a teenager before coming to the United States. What was that like? Did you grow up in those club’s academies?
"No, they maybe added academies two or three years ago in Jamaica. It’s more like we’re playing in the street all the time. When I was younger, I used to get in a lot of trouble with my mom, because the moment it gets light outside I’d wake up, won’t even eat, I’d just go and play soccer with my friends. We’d play for hours and my mom wouldn’t see me until like 6 or 7 in the evening. I’d get back home, and my mom would be mad. But she knew I was out somewhere playing in the community."

You played for the Jamaica u-17 and u-20 teams, too right? How did they, or the professional clubs, find you if you just grew up playing in the streets?
"They have u-13, u-15, u-17 teams, but you’d just play like three months and then have to wait until the next year for a new season. Hopefully you’re good enough to play for your high school team. There were three leagues of different age groups for high school. So those are the two leagues you get to play-in, and that’s where teams would see you."

How did you get recruited to go to Robert Morris?
"I was playing for the Jamaica u-20 team, and the coach for Robert Morris watched a game, because we already had two Jamaicans on the team at Robert Morris. One of them was Speedy Williams, who plays for Louisville [City FC] now. They were looking for a striker, a forward, and Speedy called me and was like “Yo, our school needs a forward, I’d love if you could join us bro.” And I was like, “Okay, perfect, I’m coming.” And that was it. But in Jamaica they had like a combine with 15-20 college coaches that came to Jamaica to watch guys play high school soccer. High school soccer is a big thing at home. You get more finds out of high school soccer than out of the professional games."

You were a beast in college and racked up 42 goals and 16 assists in your collegiate career. How was that level/style of play compared to Jamaica, and how was the transition?
"It was tough, even though I had my Jamaican friends there. Because my first season I didn’t score any goals or assists. I played maybe 8-10 games, but I was injured for most of the time. Then my second year I had 14 goals, eight assists, my second year I had 15 and three, and my senior year I had 13 and five, so I got comfortable and played pretty well."

Your previous team before Legion FC was Pittsburgh Riverhounds, and RM is outside of Pitt. Did you go to Riverhounds matches or get to know anybody with the team while you were in college?
"Yeah definitely. I used to go over to watch games because they had some Jamaican guys that I knew that played for the team then. One of my college teammates he played for them too, so I used to go and watch him, and then at Robert Morris we would go play against them in the spring season."

You then got drafted in the 2016 MLS SuperDraft by Portland. What was your experience like being in MLS?
"It was really good, really good. Especially going to such a soccer city, in Portland. You had to learn fast, everyday you had to come and give your very best. You know, coming out of college, I’m one of the top players in college or on my team, and sometimes you may get away with a lazy day, but professionally every single day counts. Especially as a young player you’ve got to be consistent. Older guys can come and give good effort but everyday you have to come and give your best as a young player. Because you have something to prove, you want to prove to the coach that you’re ready to go out there, and you have to earn the coach’s trust."

You played a lot with Timbers 2, before signing with Pittsburgh where your career really took off with almost 50 combined goals and assists in two years and an all-league second team award last season. How has your game improved/changed or what about the last two years led you to be so successful?
"I think it’s just the chemistry with the coach [Bob Lilley] and everyone, you know? The type of soccer that the coach is playing suits me, and I tried to stay sharp by always doing a lot of finishing drills. Make sure If I ever got one chance I try to score that one chance. I think that the coach’s style of play definitely worked out in my favor. I learned a lot from the coach there."

How would you describe your game?
"I just try to keep it simple and follow the coach’s instruction. What I bring to my game is good off ball movement, and I’m pretty decent at finishing and scoring goals. I try my very best if I get one chance to make it count, because that’s the most important thing. It’s not about getting nine or ten chances, it’s all about getting that one chance as a forward and scoring that one chance."

You saw Legion FC up close an personal a few times last year in our inaugural season, and I guess you knew Tommy and Jay a little bit, but what were your first impressions of the club and why did you decide you wanted to come here?
"At first when I saw the club, I thought they have a nice grass field, then I looked up the coaches, got some MLS experience, and as a first year coach or club you don’t normally qualify for the playoffs either. His [Head Coach Tommy Soehn’s] style of play and everything works out, so I can see what he’s trying to do. I was like ‘should be a good coach to be around.’ Then the assistant coach [Khano Smith] has the MLS experience too where he was a player, and he’s also a guy from the Caribbean [Bermuda], so I just think everything plays hand in hand."

You’ve not been here long but got to play in the Legion kit against Atlanta United. What was that experience like against them, in front of all those fans, and bagging your first goal for the club?
"Man, it was pretty exciting. It reminded me of playing in MLS. There the stadiums are like that every single game. To play against those guys, one of top teams in the country, was pretty exciting. You want to play against guys that are going to challenge you so you can get better. You might win or lose but tat the end of the day most importantly you’re going to learn from that game."

What are you looking forward to the most when you guys can get back to playing, and what are your expectations for the season?
"I’m just looking to get back and enjoy the game. It’s been a while, so I just want to enjoy it. I just want to give my very best. It’s just going to be a lot of fun. It’s going to be a long ride, but a lot of fun. I’ve seen our team and I know what these guys can do. I think these guys play much better in bigger games. It should be pretty fun going out there and playing again with this group."