Crognale ready to anchor BHM backline, continue to build up the club on and off the field 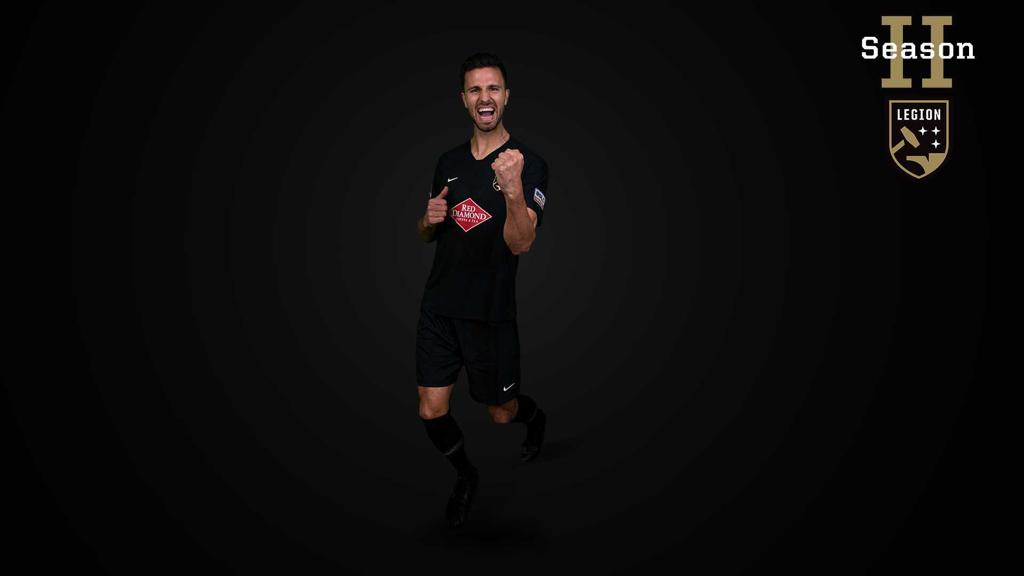 You got your break into pro soccer with your hometown Columbus Crew, Alex. You were born in '94, two years before MLS kicked off - were you a Crew fan from an early age?
"I definitely was. I can distinctly remember this one picture of myself and Brian Dunseth, which was I think 2002 or 2003, so I was 8 years old. It was after one of the Crew games at the autograph alley where you’d wait in line to get all the player’s autographs, and I can remember being so pumped. From a very early age I was always a big fan, and really involved with the team. My mom worked for the club as the academy administrator through the years. So there were a lot of family ties to the club as well."

When did you decide you wanted to be a professional soccer player?
"I don’t really know when I decided that’s what I wanted to do. (You didn’t tell Brian Dunseth that was your goal in 2002?) I don’t have a distinct memory of that, but when I was a freshman in high school, that’s when I gave up other sports. I was playing basketball and baseball in addition to soccer, so I gave up those sports just to focus on soccer, and that was right around the time when the academy was becoming the main thing to do, so I had to decide."

Your younger brother Eli spent preseason camp with Legion FC as a trialist and just signed a deal right before the season was suspended - what’s it been like having a him around? What’s he like as a player?
"It’s been really cool. We’re three years apart, so we’re close in age, but not close enough where we would ever play or practice together throughout the years. So, this is really the first time where we’ve spent significant time on the field together which has been a cool experience. We’re not too similar of players. He’s a number eight, a technical midfielder, and obviously I’m 6’5”, so I have a much different profile than he does as a player. He covers a lot of ground and I just… I’m not that type of player I guess you could say ha ha."

You guys didn’t get to play together at Maryland, because Eli transferred in after you graduated, but has it always been his goal to be a pro player as well and did you two dream of one day playing together?
"The short answer is it just fell into place. The long answer is that throughout the years Eli was always undersized, and therefore in American sports undervalued as a player. He always had the technical ability but was a year or two behind the other kids as far as the physical prowess. In high school he wasn’t very highly recruited. He went to Belmont which was a D1 program but one of the smaller schools in the whole country for soccer, so there was no real… for Eli, him being a professional is an amazing feat and goes to show the hard work and self-belief that he’s had because people doubted him throughout the years, so he’s just been proving people wrong along the way. For it to workout where we both ended up in Birmingham is pretty crazy, to be honest. Once we get back on the field together it’s going to be really cool to see how it pans out."

How has the transition been to Birmingham, joining a still young club where the technical staff is planning to lean on you as a foundation of this team trying to grow and improve moving forward?
"Yeah, I think that coming into a new club is exciting. I think there is some pressure that goes along with it because anytime you start a new club you want to see success. I think it’s great, the staff that’s been put together with [President and General Manager] Jay [Heaps], [Head Coach and Technical Director] Tommy [Soehn], [Assistant Coach] Khano [Smith], [Director of Sports Science and Performance] Dan [Barlow], all bring a ton of soccer experience not only on the soccer side but in the front office as well. To see that before I came in was a good thing to see and one of the reasons why I wanted to come here. Being a new club is exciting because you get to start something fresh and build something from the ground up. Coming from the MLS I wanted to bring my experience and just do as much as I can to help this club succeed and become a staple in the community."

Had you ever been to Birmingham before? And before quarantine, what was your favorite thing to do or favorite place/restaurant to go to in town?
"I had never been to Birmingham before coming here for the season actually. I wasn’t sure what to expect from the city, and I wasn’t sure what to expect from the guys, but it’s been a very welcome change. It’s been a smooth transition – of course with the coronavirus nothing has been smooth of late, but with that being said, I’ve really enjoyed being here in the city. I love to get out and hike and be in the outdoors. Alabama has plenty of awesome mountains and parks and public places in and around the city, which has been great. If I had to pick one favorite thing to do it would probably be to get out and hike with my fiancée and my dog and go enjoy the weather with them. My favorite restaurant so far, a place I can consistently go, would be Real & Rosemary – healthy and fresh. There have been a few other awesome restaurants that are a little pricier when you have a nice night out, but Real & Rosemary has been a staple that I’m really in to."