Akinyode ready to hit the ground running in Birmingham 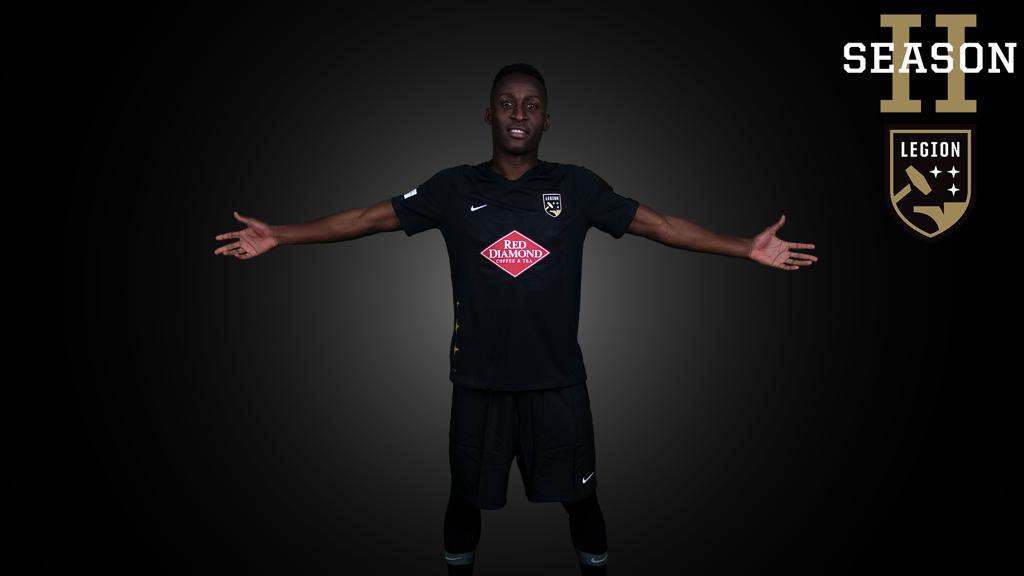 BIRMINGHAM, AL (Mar. 11, 2020) -- Legion FC begins its second USL Championship season this Sunday, March 15 at 4:00PM, against the visiting Charleston Battery. The home opener at BBVA Field will provide some new faces a chance to officially introduce themselves to Legion Nation.

Among those new faces is midfielder Bolu Akinyode. Akinyode spent the last two seasons with Nashville SC during its run in the Championship, and he joins the Black and Gold looking to help continue building a successful culture around the club, on and off the field.

“I think the biggest thing that I’ve learned being a part of a club in its beginning stages is the importance of culture,” said Akinyode. “The culture that you build with the first group of guys or the first couple groups of guys that you have there during that foundation stage is extremely important because that paints the image of the club moving forward. It paints the picture for how the rest of the league sees the club and how the fans and other players see the club, so it’s extremely important to build the right culture and leave the right footprint moving forward. That’s going to hold the club to a certain standard for years to come.”

Akinyode finds himself in a similar situation to his time in Nashville as Legion FC heads into its second season, and he credits the work done by those at the club prior to his arrival for establishing the team and brand in the USL Championship. He hopes to continue to build upon the groundwork laid out by President Jay Heaps, Head Coach Tommy Soehn, and all the returning players.

“Every situation is different, and you run into different challenges, but I do think this is similar to Nashville in the sense that we’re only going into our second season here in Birmingham,” said Akinyode. “Those foundational pieces are still being put together, and granted the guys last year and obviously the coaching staff and Jay have done a really good job of setting the foundation, but I still think there’s building blocks to place and room to grow as a club. Obviously, the proximity [to Nashville] makes it similar, the fanbase and the support is similar as well, but it’s also different in a sense.”

Joining a new squad and coming into a new environment provides its difficulties but having a strong support system is bound to make any adjustment period easier.

“My teammates and the coaching staff have made it really easy for me to adjust,” said Akinyode. “I played against Legion FC last year three times, so I got to know guys a little bit on the field, obviously not as much as when you’re teammates with them, but it’s been good. The guys have been really welcoming and they’ve helped me settle into the city a lot quicker than most other places, so it’s been great.”

Akinyode and his new teammates have had time to build chemistry together off the pitch, but he understands the chemistry they have on the pitch is even more important.

“When you have like-minded players it’s always easier for guys to build chemistry on the field, so there’s been a lot of talking and getting to know guys,” said Akinyode. “Guys will be like ‘Hey, Bolu, this is what I like to do and this is where I need you to play me the ball, where I’m going to be, and where I want you to be.’ So, we’ve just been working together and figuring out the mechanics of each other and how we see the game differently and how we can complement each other on the field. That’s what preseason is about, really, getting to know each other on and off the field. It’s been good on the field, I think I’ve built chemistry with guys in a positive way, and I’m hoping to keep growing with that.”

The love and support shown by Legion Nation is something Akinyode credits as a large part of his decision to make the move to the Magic City, and the continued support he has seen leading into BHM's second season has exceeded his high expectations.

“One of the reasons I came here was because of the fan support,” said Akinyode. “When we [Nashville] came here to play last year I really liked what I saw in the fans; they created a good environment. Being here it’s been great, and it’s been special. The Atlanta United game especially exceeded my expectations; a sold-out crowd, fans chanting for 90-plus minutes, I actually was not expecting that much support and that’s been awesome. Even little things like the season ticket holder event and being able to interact and talk with fans to see how much this club really means to them in such a short period of time is great. The fan support has definitely exceeded my expectations, and it’s got me really excited. Like I said, one of the reasons why I came to this club is because of the support of the fans and I’m excited to be a part of that moving forward.”

The next opportunity to watch Akinyode and his new teammates in action is this Sunday! Legion FC’s season opener kicks off at BBVA Field at 4:00 PM on Sunday, March 15, with gates opening an hour before kickoff for a St. Patrick’s Day celebration. Single game tickets are available now, and the full season schedule can be found HERE.