Matt VanOekel Expects The Team To Win in 2020 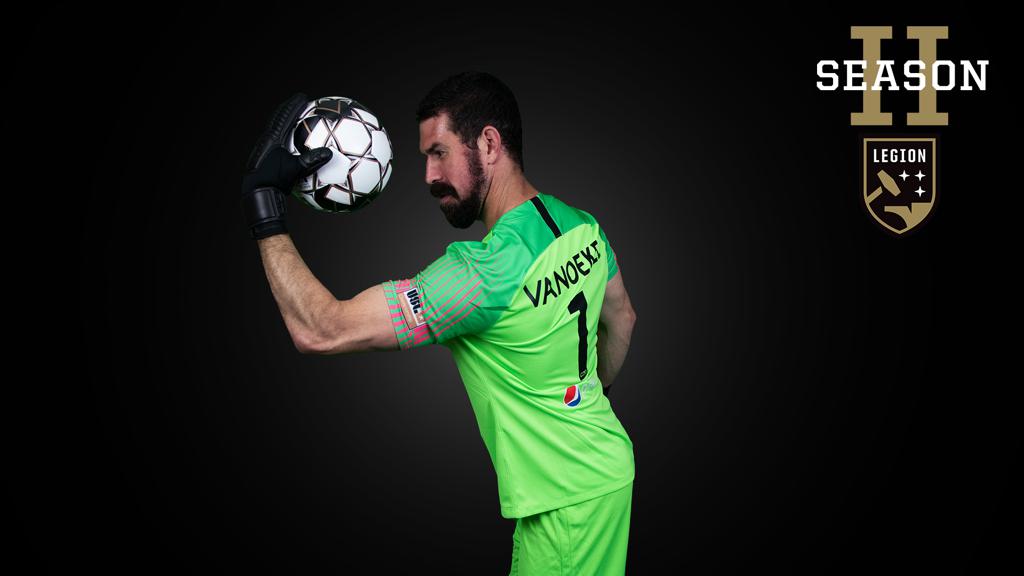 Legion FC begins its second USL Championship season this upcoming Sunday, March 15, against the visiting Charleston Battery. The Three Sparks’ season opener comes with much anticipation following an impressive preseason that has seen the club add quality talent to a strong core of returning players.

At the base of that core is fan favorite Matt VanOekel. VanOekel was a commanding force in goal over the course of Legion FC’s impressive inaugural season, a season he expects to exceed with a new look squad.

“I think the team has gotten a lot better, a lot stronger, and a lot deeper with our recent signings this offseason, said VanOekel. “I think we’re a lot more prepared and we’ve come together a lot this offseason, a little more so than we did in year one. I’m expecting and hoping for a very successful 2020 from the start.”

With the overall quality in the side taking a jump, it is easy to set high expectations heading into year two. These expectations, though, require everyone being on the same page and coming up big when it counts.

“Expectations are to win,” said VanOekel. “We’ve put the groundwork and the framework together for the program and we need to win now. It is about coming together when it really matters now; we’ve done it throughout the past couple of weeks in preseason with our game in Guatemala and some of our exhibition games. Now is the time to turn that into a successful product that gets this organization points. I expect us to be fighting for top of the table type results this year.”

This winning mentality is a trait that VanOekel and the rest of squad want to become synonymous with the club, and a large part in doing that is the support from Legion Nation.

“We know Alabama is all about winners and I think that we put out a really strong second half of the season last year,” said VanOekel. “I think we’re starting to get more and more of the winning mentality types of fans out to our games and they see how competitive we are and how much we care about performances. It was incredible to see all of the support at the Atlanta [United FC] game [on February 8] and we really hope that our crowds stay and continue to grow even beyond what we had at that Atlanta game. It was an incredible experience to be a part of something that big and we know that the fans are our 12th guy. They are the ones that keep us motivated, keep us hungry, and keep us fighting. I’m hoping for really big turnouts this year.”

The support shown by the Birmingham community is something that VanOekel appreciates greatly, and he aims to continue to reciprocate that support in 2020.

“I love being out in the community and it’s one of the things I’ve found throughout my career that makes me the happiest,” said VanOekel. “When I’m happy I play well. The amount of appearances that the club did last year, fan engagements, community outreach, it’s all been fantastic. I’ve enjoyed every single one of our appearances that we’ve done and I look forward to even more fan engagement and more positive appearances for 2020.”

The next opportunity to watch VanOekel and his teammates in action is just one week from today! Legion FC’s season opener kicks off at BBVA Field at 4:00 PM on Sunday, March 15, with gates opening an hour before kickoff for a St. Patrick’s Day celebration. Single game tickets are available now, and the full season schedule can be found HERE.