Wrap Up of Respect Challenge Tour in Guatemala, courtesy of BL Harbert International 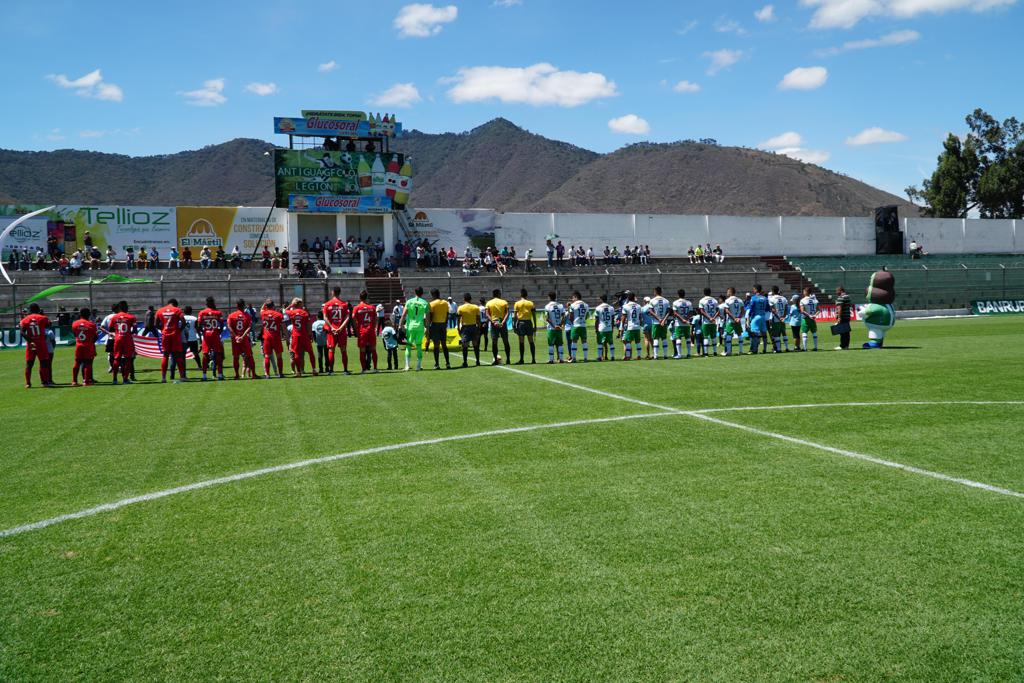 BIRMINGHAM, AL (Mar. 3, 2020) -- Legion FC returned from a successful trip to Guatemala over the weekend, were the only USL Championship team to play a preseason match abroad, and now have less than two weeks until the 2020 USL Championship home opener versus Charleston Battery on Sunday, March 15 at BBVA Field.

The team was invited to Guatemala by our friends at BL Harbert. In 2018, BL Harbert International launched an internal initiative, known as the Respect Challenge Tour. At its essence, BLHI’s leadership team committed to travel to every overseas jobsite to spread a message of respect and humanity.

To date, BL Harbert International executives have visited eight countries, Niger, Mexico, Qatar, United Arab Emirates, Turkey, Iraq, Guatemala, and the USA, to either job sites or offices, and have spoken to over 5,000 BLHI employees in total.

Every visit includes a large-scale event where the leadership team talks about respecting roles, backgrounds and differences, with the goal of uniting everyone no matter where they are from or what their duty is at the jobsite. At the Guatemala City event, that the Legion FC team attended last week, there were speeches and a banner signing, a ceremonial cake cutting, soccer clinics and other activities. Bands played and the afternoon was spent in fellowship with all executives, players and employees.

Over Christmas, the Guatemala job site hosted a soccer tournament. The 1,200 employees divided into soccer teams and created team names and logos to gear up for the matches. A couple weeks leading up to the Legion FC visit, a bracket was created for all teams to battle it out, with the championship taking place at halftime of the Legion FC v. Antigua GFC friendly.

Antigua GFC are currently the champions of the Liga Nacional de Fútbol de Guatemala. They were founded in 1958 and play their home games at the Estadio Pensativo. The exhibition match ended in a 1-1 draw, after Antigua scored the first goal just before the half, and Legion FC forward JJ Williams put away a rocket free kick around the 80th minute.

BL Harbert employees were given the day off and encouraged to attend the exhibition, and tickets for free for soccer fans in the city. The estimated attendance number is just under 5,000. Legion FC are proud to be partners with BL Harbert and look forward to future opportunities to spread the message of respect through the beautiful game of soccer.

Legion FC’s season opener kicks off at BBVA Field at 4:00 PM on Sunday, March 15, with gates opening an hour before kickoff for a St. Patrick’s Day celebration. Single game tickets are available now, and the full season schedule can be found HERE.