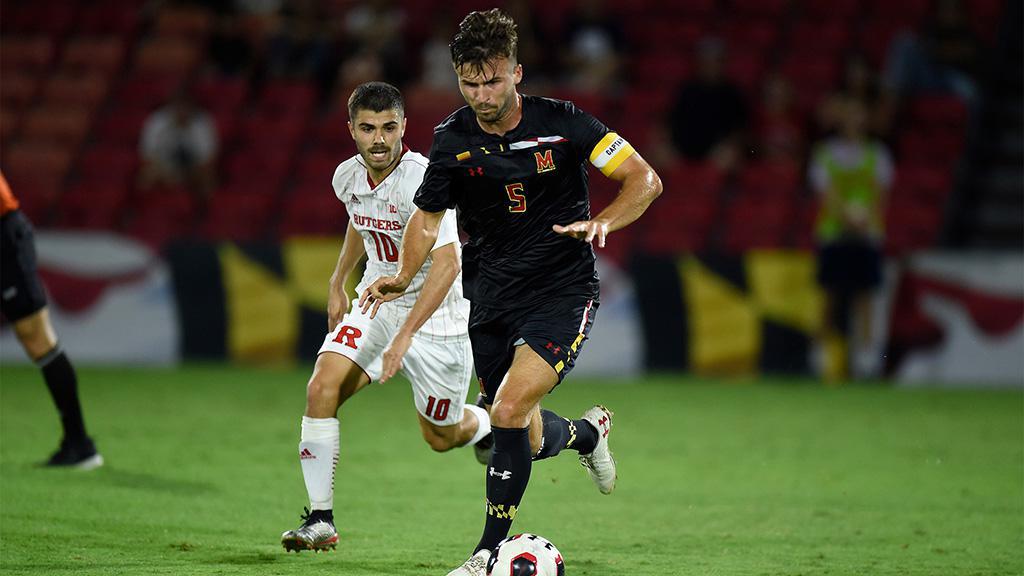 BIRMINGHAM, Ala. – Birmingham Legion FC announced on Friday it had signed defender Johannes Bergmann and midfielder Bruno Lapa for the 2020 USL Championship season.

“We are excited to add Johannes and Bruno to our roster,” said Legion FC President and General Manager Jay Heaps. “Johannes is an excellent defender and will strengthen the spine of our team, and Bruno is a creative and versatile attacking option going forward in the attack.”

Bergmann most recently played at the University of Maryland from 2017 to 2019, where he started 61 of a possible 63 games and anchored the backline as the Terrapins won the 2018 National Title. The 25-year-old was named to the All-Big Ten First Team and was on the United Soccer Coaches All-North Region First Team in 2019.

Before coming to the U.S., Bergmann grew up playing for German youth Bundesliga club RW Erfurt, and then spent three years with FSV Wacker Nordhausen, making 56 appearances. He also was a member of the German Under-18 National Team and German Under-20 National Team.

Lapa played college soccer at Wake Forest University from 2016 to 2019, and he made 80 appearances in four years, scoring 23 goals and adding 15 assists. The 22-year-old was the 2018 ACC Midfielder of the Year, a MAC Hermann Trophy Semifinalist, and a United Soccer Coaches and College Soccer News First Team All-American.

“When building the roster, we wanted a strong defensive core that would allow our attacking players to do what they do best,” said Landon Donovan, SD Loyal EVP of Soccer Operations and First Team Manager. “Elijah, Suleiman and Grant further build the defense and will add to the team chemistry on and off the field.”

Martin began his professional career in the Championship with the LA Galaxy II, where he played for two seasons. The defender had stints in USL League Two with the Fresno FC U23s, Fresno Fuego before joining Fresno FC on a professional deal.

Samura also arrives from Fresno FC, where he played is first professional season in 2019 after competing in League Two for Fresno FC U-23s and Laredo Heat SC.

Stoneman, meanwhile, arrives after a successful first professional season with Lansing Ignite FC in USL League One. A mainstay in the side’s back line, Stoneman is reunited with Coach Nate Miller, who is now one of Donovan’s assistant coaches at SD Loyal.

BATTERY PICK UP IBARRA: The Charleston Battery announced on Friday the club had signed Jesus Ibarra ahead of the 2020 USL Championship season. Ibarra is Charleston's fourth new signing joining Robbie Crawford, Deshawon Nembhard, and Logan Gdula as the latest to sport the Black and Yellow.

Last season, Ibarra played for Bodens BK, who participated in the third tier of Swedish soccer. Ibarra recorded two goals and two assists in 13 appearances for Bodens in 2019. The San Diego native is no stranger to soccer in the Palmetto state, having spent time with Greenville FC in 2018. Ibarra showcased his quick feet and playmaking ability, as well as an eye for goal, against Asheville City in the Carolina Clasico. Ibarra would give Greenville a halftime lead before assisting on the match-winner early in the second half.

Charleston won't be Ibarra's first stop in the USL Championship. Ibarra joined the Wilmington Hammerheads in 2016, training with the club throughout the regular season.