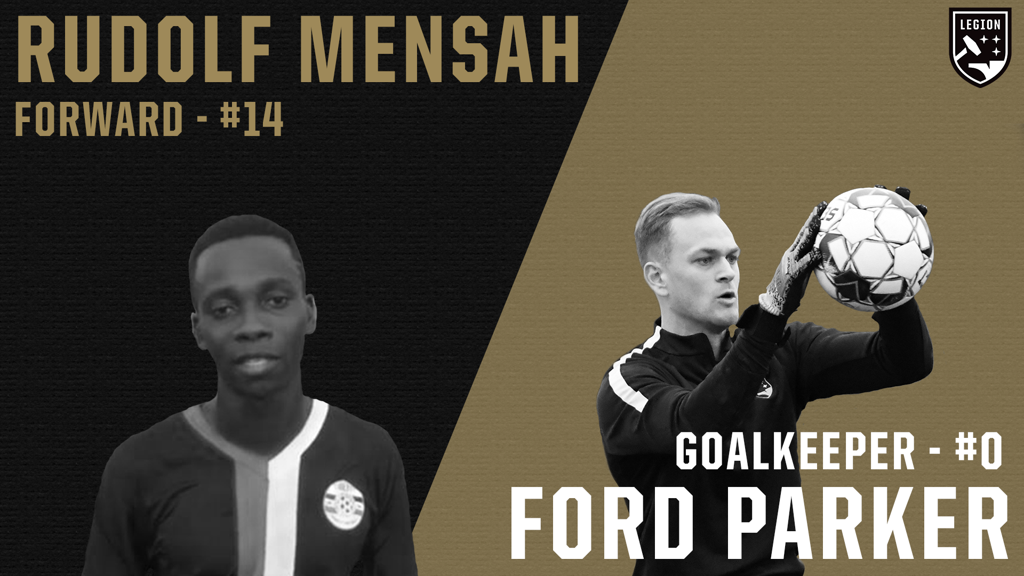 “We are excited to add Rudolf and Ford to our roster,” said Legion FC President and General Manager Jay Heaps. “Rudolf is a dynamic young attacking player with game-changing speed, and Ford is a player with excellent potential that can come in and provide us some quality depth this season at the goalkeeper position.”

Heaps and Head Coach Tom Soehn returned to Ghana in November to scout Mensah in person. Legion FC players Kasim and Cromwell were both signed after Heaps and Soehn scouted them in Greater Accra, Ghana in prior seasons.

Parker, 23, attended the Legion FC combine in December and played himself into a roster spot. He most recently played for the University of California, Irvine in 2019 as a graduate transfer, and he started all 18 matches he played in while earning a goals against average of just 1.10 per game. His college career began at the University of New Mexico, where he played from 2015-2018.