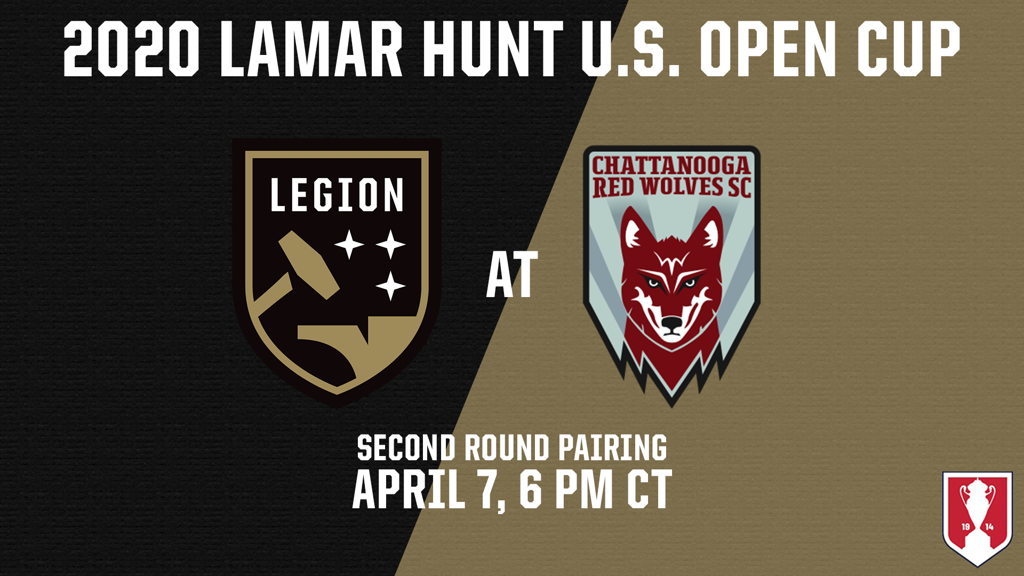 CHICAGO (Jan. 29, 2020) – U.S. Soccer has determined the pairings and possible pairings for the Second Round of the 2020 Lamar Hunt U.S. Open Cup with 25 Division II and 14 Division III pro teams facing 19 First Round winners and each other April 7-9 in the 107th edition of U.S. Soccer's National Championship.

The 39 professional teams include 25 from the USL Championship (Division II), eight from the recently sanctioned National Independent Soccer Association (Division III) and six from the second-year USL League One (Division III). They will be joined in the Second Round by the 19 Open Division winners from the First Round, set for March 24-25.

Eleven lower-seeded U.S.-based Division I Major League Soccer clubs will enter in the Third Round, which will be played April 21-23, while the remaining 12 MLS sides will take the field in their first Open Cup action in the Round of 32, which takes place May 19-20.

Home teams for each round are determined by random selection among those who apply to host. Clubs whose venue meets minimum tournament standards are given priority.

Watch All U.S. Open Cup Matches on ESPN+
For the second consecutive year and as part of a four-year deal, ESPN+ will be the home for all Lamar Hunt U.S. Open Cup games from the First Round through to the Final.

About the Lamar Hunt U.S. Open Cup
In its 107th year, the Lamar Hunt U.S. Open Cup – U.S. Soccer's National Championship – has crowned a champion annually since 1914. The history-filled tournament is conducted on a single-game, knockout basis and open to all professional and amateur teams affiliated with U.S. Soccer. In 1999, the oldest ongoing national soccer competition in the United States and the world's third-longest continuously running open soccer tournament was renamed to honor United States soccer pioneer Lamar Hunt.

The 2020 U.S. Open Cup winner will earn $300,000 in prize money, a berth in the 2021 Concacaf Champions League and have its name engraved on the Dewar Challenge Trophy – one of the oldest nationally-contested trophies in American team sports – now on permanent display at the National Soccer Hall of Fame in Frisco, Texas. The runner-up will earn $100,000, while the team that advances the furthest from each lower division will take home a $25,000 cash prize.

Atlanta United FC is the defending Open Cup champion, having earned the club's first tournament title thanks to a 2-1 victory against Minnesota United FC on Aug. 27, 2019, in front of an Open Cup Final record 35,709 fans at Mercedes-Benz Stadium in Atlanta.