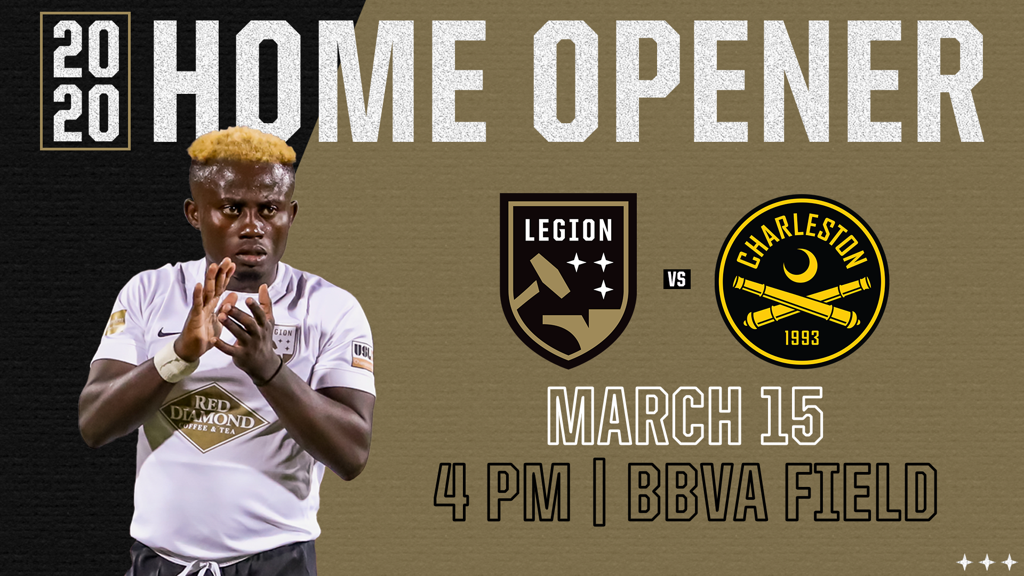 BIRMINGHAM, AL. (Jan. 6, 2020) – USL Championship released today all home openers for the 2020 season. The first game of Birmingham Legion FC’s second season will be against Charleston Battery FC on Sunday, March 15 at BBVA Field at 4pm.

“We are excited to open our second season in Birmingham,” said Legion FC President and General Manager Jay Heaps. “The support we had was excellent in 2019, and we are looking forward to playing back in front of our fans at BBVA Field on March 15.”

Season ticket packages are now available for the club’s USL Championship season. All season ticket accounts will benefit from priority access and amenities at lowest-possible prices for 19 matches. Packages will include all 17 of Legion FC’s home USL matches, as well as the preseason tilt against MLS powerhouse Atlanta United on February 8 and one other preseason or U.S. Open Cup home game.

Legion FC will continue to play all home games at BBVA Field, in downtown Birmingham. There are seven seating tiers priced from $225 for General Admission, and all season ticket pricing includes taxes and processing fees. Fans interested in Legion FC season tickets should visit bhmlegion.com/tickets, email tickets@bhmlegion.com or call 205.791.7145.