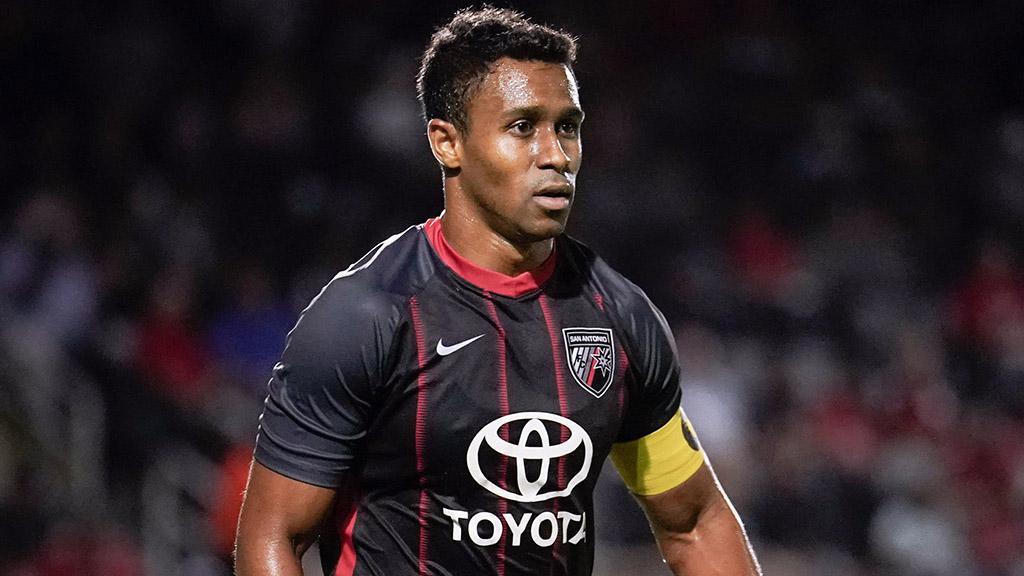 CARY, N.C. – North Carolina FC bolstered its central midfield on Tuesday afternoon as it announced the signing of Brazilian midfielder Wellington “Pecka” Paeckart ahead of the 2020 USL Championship season. The transaction is pending league and federation approval and receipt of a P-1 visa.

Pecka comes to NCFC with a vast amount of American soccer experience and most recently spent three seasons with San Antonio FC, where he served as team captain in 2019.

The former Brazil U-18 international began his professional career at Brazilian megaclub Flamengo FC in 2009 and also played for CFZ de Rio before joining the Fort Lauderdale Strikers in 2011, where the 30-year-old played until 2014. Before joining San Antonio FC, Pecka played in Major League Soccer with Real Salt Lake and appeared for Real Monarchs SLC and Rayo OKC.

“We were looking to bring in a veteran who can play in the midfield with a good soccer IQ and the ability to break up plays,” said NCFC Head Coach Dave Sarachan. “Pecka has a tremendous background in those categories, and he was also a captain in San Antonio. He’s very familiar with USL and the kind of soccer we want to play.”

LEGION FC ADDS CROGNALE TO SQUAD: Birmingham Legion FC announced the signing of defender Alex Crognale to a multi-year deal, pending league and federation approval. The club’s fourth new signing ahead of its second season in the USL Championship, Crognale can play either center back position as he joins the Legion FC backline.

“Alex is a player we’ve tracked since his time at Maryland and then with the Crew,” said President and GM Jay Heaps. “He’s an excellent defender and another player we’ve brought in with both MLS and USL experience that will strengthen the spine of our team.”

The 6-foot-5 center back signed a homegrown contract with Columbus in 2016. He made 38 appearances for the club from 2017 to 2019 in MLS and the U.S. Open Cup, while also spending time on loan in the Championship. He played 26 times for Orange County SC in 2018 and racked up four goals and two assists while helping the team earn first place in the Western Conference. OCSC’s 2018 season ended in the Western Conference Final of the 2018 USL Championship Playoffs, a game in which Crognale bagged an assist. He also spent time in 2019 on loan to Eastern Conference foe Indy Eleven, making six appearances.

Crognale grew up playing for the Crew’s academy team before heading to the University of Maryland where he played in 73 games and scored 11 goals from 2013 to 2016. As a senior, he captained the Terrapins to their third straight Big Ten Tournament title, was named Big Ten Defender of the Year, and was honored as a First Team All-American.

CONNER RE-SIGNS WITH INDY: Indy Eleven announced it had re-signed midfielder Drew Conner for the 2020 USL Championship campaign, the 15th player from the club’s 2019 campaign to return to the Eleven for the new season.

“Indy Eleven has quickly established itself as an elite club in this league and I couldn’t be happier to return next season,” Conner said. “Last season we set multiple club records, and I can’t wait to set more with this group. The fans have always pushed this club to new heights, and I know we are going to have some fun this upcoming season.”

Conner was a vital midseason acquisition for Indy Eleven, which signed the native of Cary, Ill., in mid-August after his performance with Czech Republic side 1. SC Znojmo during the first half of 2019. The former Chicago Fire SC performer and University of Wisconsin graduate started 14 of Indy Eleven’s last 17 matches, including all three of the squad’s USL Championship Playoffs contests.

Across his 15 regular season and postseason appearances, Conner notched two goals and an assist – all of which came in his first start, a 3-1 win against Charlotte Independence in his home debut on August 25. His performance led to selection on the USL Championship Team of the Week.