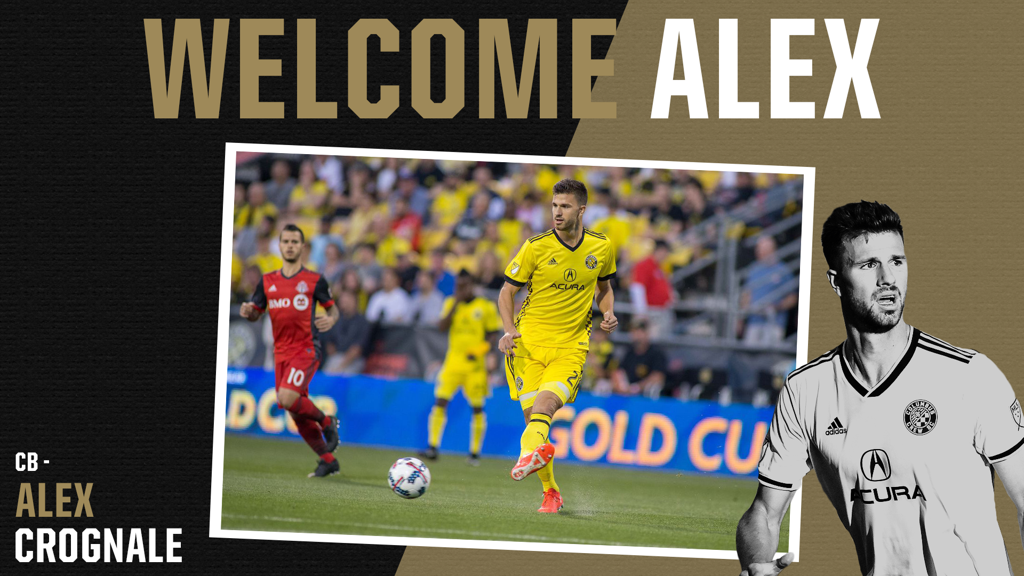 BIRMINGHAM, AL (Dec. 23, 2019) – Birmingham Legion FC announced today the signing of defender Alex Crognale to a multi-year deal, pending league and federation approval. The club’s fourth new signing ahead of year two, Crognale can play either centerback spot and looks to be a key part of the Legion FC backline.

“Alex is a player we’ve tracked since his time at Maryland and then with the Crew,” said President and GM Jay Heaps. “He’s an excellent defender and another player we’ve brought in with both MLS and USL experience that will strengthen the spine of our team.”

The 6’5” centerback signed a homegrown contract with Columbus in 2016. He made 38 appearances for the club from 2017 to 2019 in MLS and the U.S. Open Cup, while also spending time on loan in the USL Championship. He played 26 times for Orange County SC in 2018 and racked up four goals and two assists while helping the team earn the number one seed in the Western Conference. OCSC’s 2018 season ended in the Western Conference Finals, a game in which Crognale bagged an assist. He also spent time in 2019 on loan to Eastern Conference foe Indy Eleven, making six appearances.

Crognale grew up playing in the Crew academy before heading to the University of Maryland where he played in 73 games and scored 11 goals from 2013 to 2016. As a senior, he captained the Terrapins to their third straight Big Ten Tournament title, was named Big Ten Defender of the Year, and was honored as a First Team All-American.

“I’m very excited about joining Legion FC this season,” said Crognale. “They are a new organization and together we have the opportunity to continue to build something special that the Birmingham community will know and love as their own. Jay and [Head Coach] Tommy [Soehn] have gotten off to a tremendous start putting together a talented group, and I’m looking forward to being a part of that process.”