2019 loanee brought back to Birmingham on multi-year deal 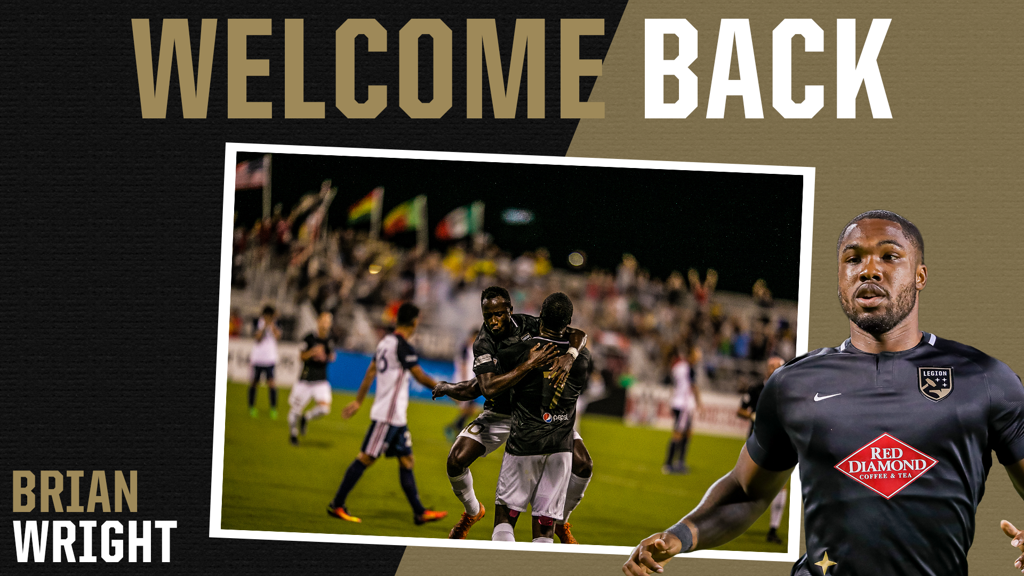 BIRMINGHAM, AL (Dec. 20, 2019) – Birmingham Legion FC announced today the return of forward Brian Wright on a multi-year deal. The 24-year-old helped lead line in 2019 while on loan from the New England Revolution in MLS.

“Brian Is someone we were really focused on bringing back,” said Legion FC President and General Manager Jay Heaps. “He has proven to be a strong attacking player in this league and fits well into our locker room culture.”

Wright made 28 appearances in the Black and Gold last season, playing 2239 minutes, good for sixth-most on the team. He was third on the team in goals (6), tied for second in assists (4), second in shots (43), and fourth in chances created (29).

“I’m excited to re-sign with Legion FC,” said Wright. “We had a good year for an inaugural season, and I’m looking forward to getting back to Birmingham and getting back to work for the upcoming season.”