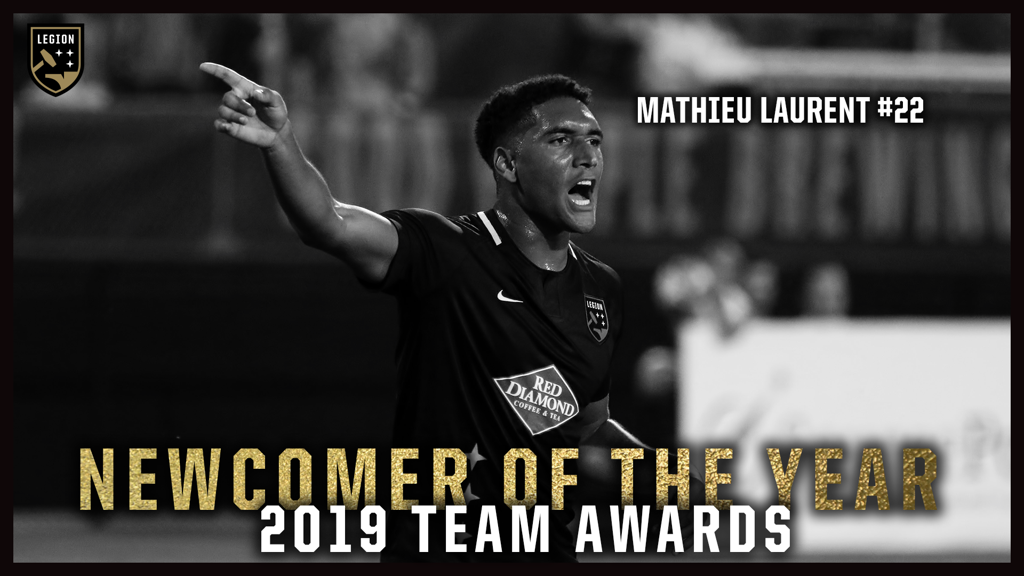 Laurent, 23, made 25 appearances, including 24 starts, and played 2100 minutes before an ACL tear brought his season to an end against Indy Eleven on Sept. 20. The defender led Legion FC in clearances (117), was third in tackles (52), tied for third in interceptions (32), was sixth in passes (961), and tallied two goals.

Three more 2019 Team Awards will be announced this week, including Community Award, Magic City Brigade Fans’ Choice Award, and MVP, as voted by the players. Laurent joins Prosper Kasim and Mikey Lopez as award winners, with Kasim and Lopez winning the Golden Boot award and Defender of the Year. To read more, click here.