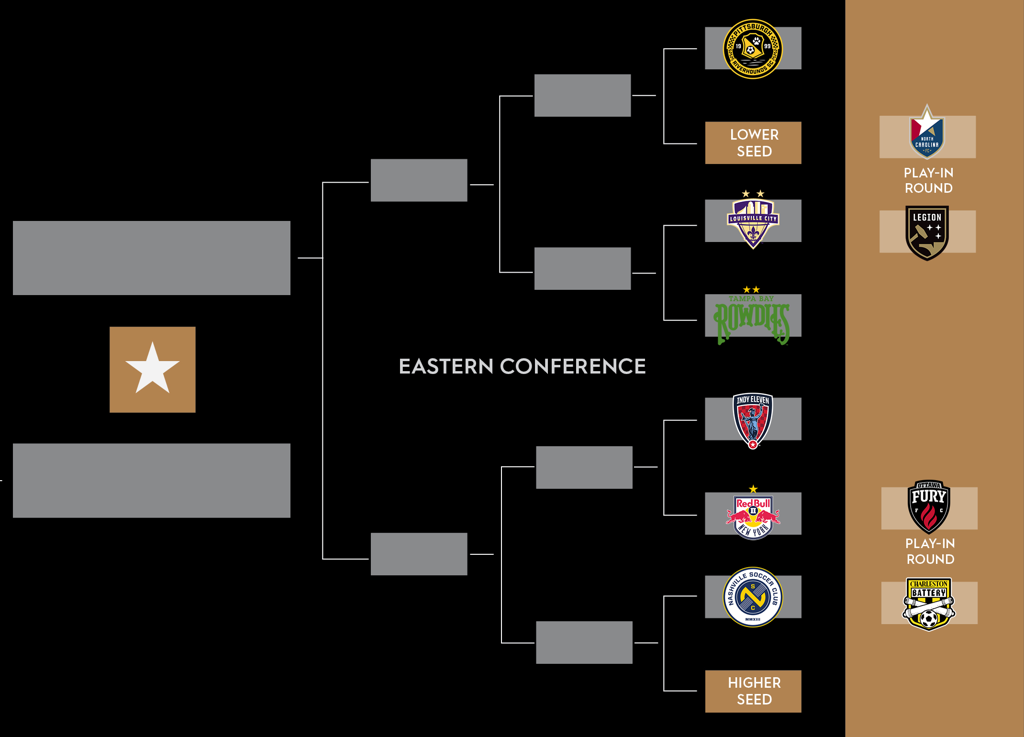 BIRMINGHAM, AL (Oct. 20, 2019) – Birmingham Legion FC has advanced to the 2019 USL Championship Playoffs and will travel to Cary, NC to take on North Carolina FC on Wednesday, October 23 in the first round. Birmingham is the only Eastern Conference expansion team to make the playoffs this season.

The first round of the Eastern Conference playoffs will consist of two play-in games in which the No. 7 seed (North Carolina) will host the No. 10 seed (Birmingham), and the No. 8 seed (Ottawa Fury FC) will host the No. 9 seed (Charleston Battery). The lower advancing seed will face the top team in the standings (Pittsburgh Riverhounds SC), and the higher advancing seed will take on second-place Nashville SC in the Conference Quarterfinals.

Following the conclusion of the Play-In Round, the 2019 USL Championship Playoffs will operate on a fixed bracket with no re-seeding following the Conference Quarterfinals and Semifinals. Each round consists of one single elimination match.

Legion FC at North Carolina FC will air live locally on My68 and ESPN+. Every game of the postseason prior to the 2019 USL Championship Final will air in the United States on ESPN+, and the final will air on ESPN2.

All times and dates are subject to change: