Match #32 kicks off at Hartford on Wednesday at 7pm CT 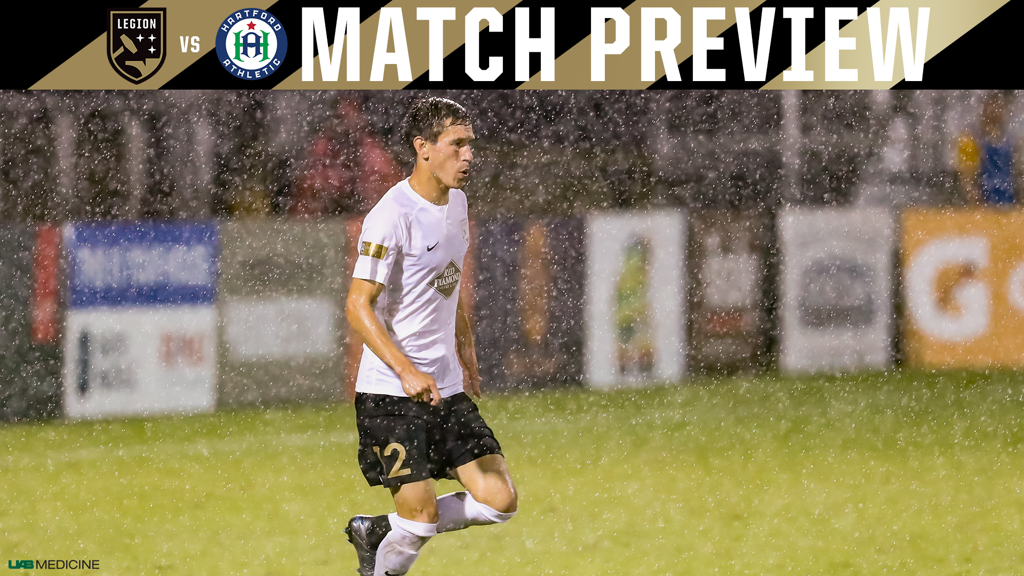 Legion FC looks to take a crucial step towards making the playoffs in this inaugural season as the club travels to play fellow expansion side Hartford Athletic.

BHM has nine shutouts and has outscored opponents 19-9 in the last fourteen matches, going 8-3-3, but is still just tied on points for the last spot in the postseason with the Charleston Battery with three matches left. In the USL Championship, the first tiebreaker is total wins, of which Legion FC has 11 and the Battery have only nine, so another win in Connecticut would be vital.

Hartford Athletic currently sit in 18th in the Eastern Conference standings but are still fighting and have recently rattled off a couple solid results, against Swope Park and Loudoun. HFD only has two wins since August 1, but the first time these two teams met, the match ended in a draw, 2-2, in June.

Hartford has relied on a solid attack, currently in the middle of the league ranking in goals for (43), to help keep up with a porous defense that has allowed the second most goals (79) in the USL Championship. The team spreads the wealth going forward, as four players, Sebastian Dalgaard, Hugh Alexander Dixon, 2013 USL MVP Jose Angulo, and Wojciech Wojcik, are tied for the team lead in goals with five. Danny Barrera is tops in chances created with 41, and Barrera and Dixon are joint leaders in assists with four.

According to Head Coach Tommy Soehn, no game can be overlooked or underestimated on his team’s schedule. When asked about Hartford, he said, “When you play the Hartford’s at this point in the season, they’re playing with a different mindset. They’ve got some freedom now to play because the pressure’s off, so it’s not an easy game.”

“I watched the Swope [Park] game and the amount of energy they put forth, and they are kind of fighting for next year. They have something at stake too, and there is no easy game, especially in the East. The East is tough, it’s a grind, and on any day anybody can win. We have to be prepared and make sure we come out with a lot of energy and fight. Hopefully some of our class will show then, but if we’re not prepared to come out and roll up our sleeves and fight then we’re in for a long day.”

#9 Chandler Hoffman (ruptured PCL), #13 Tyler Savitsky (groin), #16 Daigo Kobayashi (knee), #22 Mathieu Laurent (torn ACL), and #27 Eddie Opoku (ankle) remain out for Legion FC, per the VIVA Health injury report. No one on the Birmingham roster is unavailable for selection due to suspension.

Legion FC returns home for the make-up match with New York Red Bulls II on Wednesday, October 16 at 7:00pm. If anyone still has an unused ticket from the original match that was cancelled due to weather on April 6, it will be honored on the 16th. Please contact Allison Cochran at acochran@bhmlegion.com with any questions or concerns. Tickets are otherwise available at bhmlegion.com/tickets or by calling the Legion FC Ticket Office at 205-791-7145.