A Look Ahead: Hartford Athletic 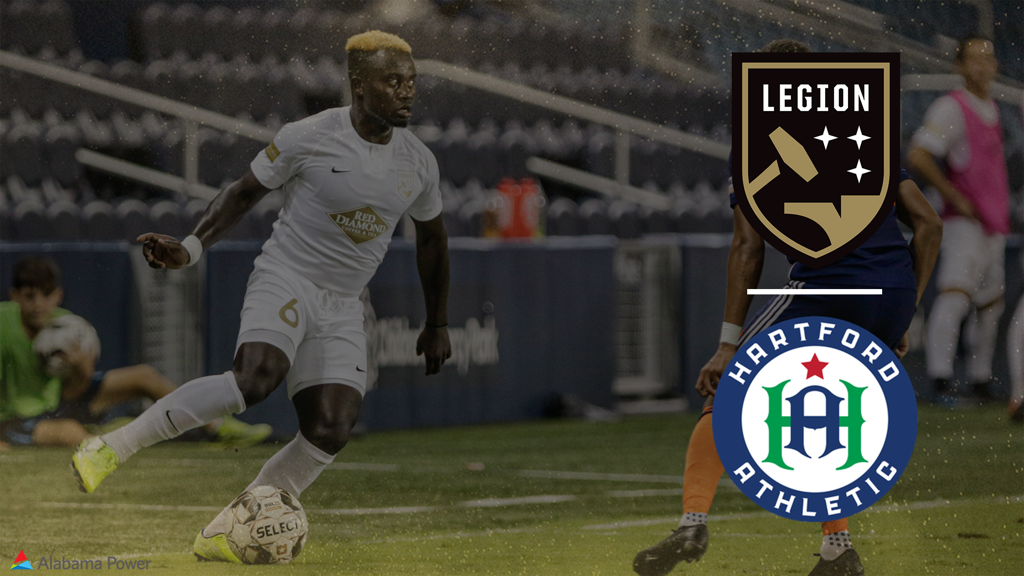 Finish Opportunities
Legion FC created 13 chances and had 19 shots on goal against the Charleston Battery but was unable to find the back of the net. Only four of Birmingham’s 19 shots were on target, while seven were blocked by Charleston before they had a chance to trouble the keeper.

The boys have done well to consistently get in behind opposing teams defenses and create opportunities in front of goal but need to take advantage of those opportunities to earn results. With no room left for errors, the black and gold will have to capitalize on every opportunity they get.

Away Days
Birmingham travels to Connecticut next to take on Hartford Athletic, who sits at the bottom of the USL Championship Eastern Conference. Legion FC has shown that it is more than capable of performing well on the road, as it has the seventh best away record in the Eastern Conference with 19 points earned away from home.

Hartford managed to take a point off of Birmingham when the two played out a 2-2 draw at BBVA Field in June, so BHM will be itching to return the favor (and then some) with a win at Dillon Stadium.

Final Push
With just three games left in the regular season, the boys will have to buckle down and get ready to make a final push for a spot in the post season. The draw with Charleston was less than ideal, but bottom-of-the-table Hartford serves as a good opportunity for the boys to get back on the right track.

Despite Hartford Athletic’s misfortunes this season, #3 Kyle Fisher discussed the importance of not underestimating an opponent, as well as the mindset heading into the final push:

“We can’t overlook anybody… We still have to focus on the first half of Hartford and take the next 45 minutes as they come, but we can’t look at the full picture of the result; we’ve got to make sure we focus on our performance, and if we don’t do that then the result won’t go the way we want."