A Look Ahead: Charleston Battery 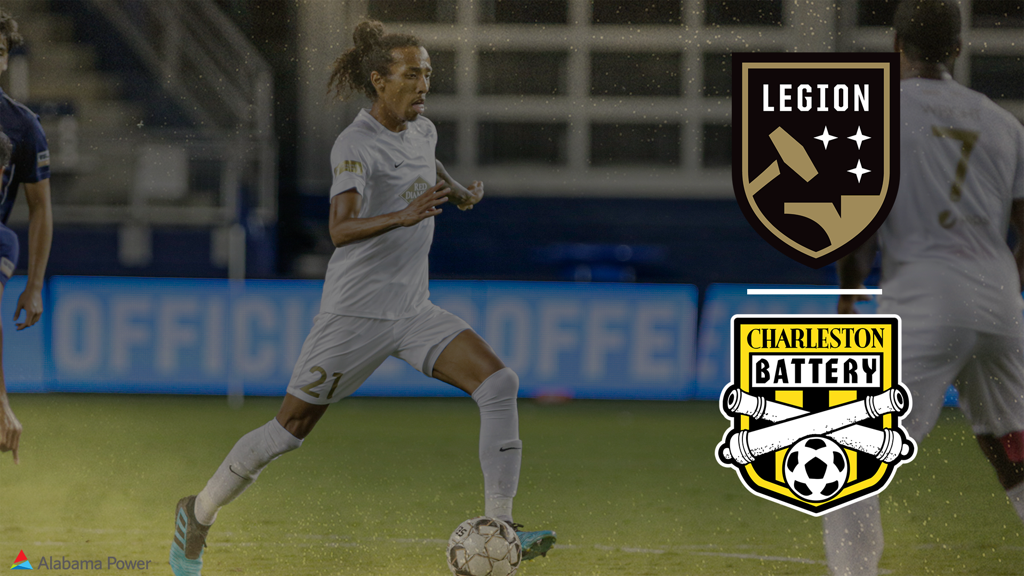 Charleston’s Recent Form
The Charleston Battery stands as Legion FC’s main rival for one of the final postseason spots. Charleston is even with Birmingham at 39 points, sitting in 11th place in the USL Championship Eastern Conference due to only winning nine games compared to Birmingham’s 11.

AJ Paterson’s late equalizer salvaged a point for the Battery in their away contest to New York Red Bulls II, ensuring they did not drop behind Legion FC in points. The draw came off the back of a 2-1 win over North Carolina FC, which also featured a late goal in Charleston’s favor.

Two big results have the Battery in high spirits as they get set to visit BBVA field, so expect the visitors to come out swinging on Saturday, October 5.

Our Form Coming In
Legion FC’s last couple of weeks have been a roller coaster of emotions. The black and gold dropped two on the trot after their nine-game unbeaten run was snapped, but a 1-0 win over joint league leaders Indy Eleven served as a massive confidence boost heading into the final stretch of the season.

A trip to Kansas City to take on the Swope Park Rangers seemed a great opportunity for Birmingham to create some distance between themselves and Charleston, but the boys came up short in a frustrating match.

The loss should not dampen the mood in the Magic City, though, as the team has shown that they are more than capable of getting the job done at home and Legion FC still controls its own destiny.

Playoff Implications
Saturday’s match is not the end-all-be-all for either side, however, whoever comes out on top will have a great advantage going forward. A win for the black and gold would give them a three-point lead and some breathing room over the Battery, which will be important as Legion FC rounds out the season against the likes of New York Red Bulls II and Pittsburgh Riverhounds SC, while CHS play three teams below the playoff line.

With little room left for error, Legion FC will have to separate themselves from Charleston as the regular season comes to a close.