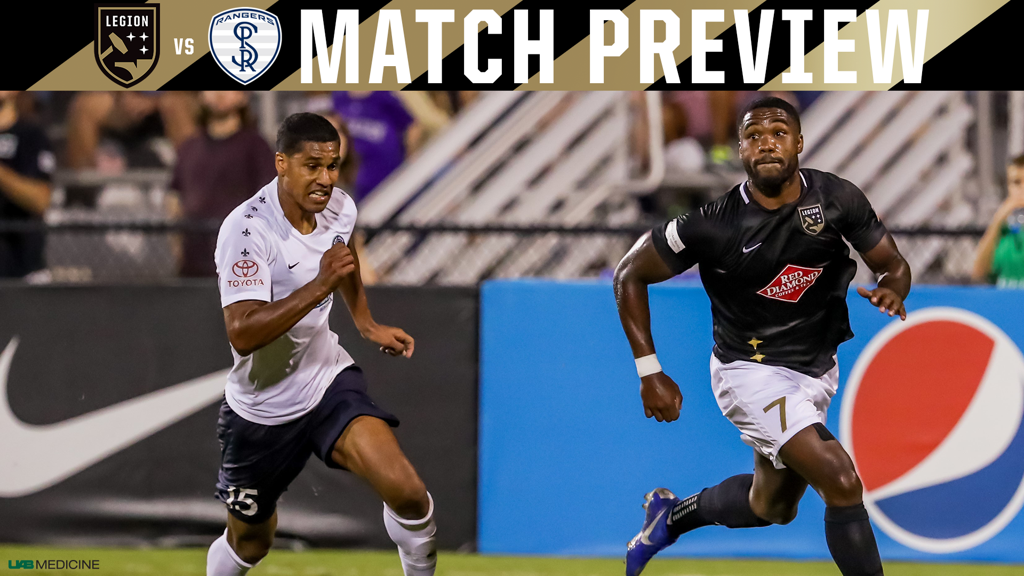 Legion FC looks to capitalize on momentum gained in the big win over Indy on the 20th by extending the new winning streak on the road at Swope Park Rangers.

BHM has eight shutouts and has outscored opponents 18-6 in the last twelve matches, going 8-2-2, but the team is still just one point above the playoff line with five matches to play. The return of forward JJ Williams following a one-game card accumulation suspension and forward Femi Hollinger-Janzen following an extended injury absence serve as timely boosts in the push for the postseason.

Swope Park Rangers currently sit in last place in the Eastern Conference standings but have rattled off a couple solid wins, over North Carolina and at Charlotte, in recent weeks. The first time these two teams met, the points were split as the match ended in a 0-0 draw in Birmingham in April.

The Sporting Kansas City affiliate has focused on player development this season, compiling a roster with an average age just north of 20 years old and fielding 40 different players throughout the year, with 16 of them being loanees from SKC. Swope are led in the attack by Wilson Harris’s nine goals (team-high, 32nd in USL), and Felipe Hernandez’s eight goals and four assists. Alexsander Andrade leads the team in minutes (2,360) and assists (five) and is 10th in the USL Championship with 1,506 passes. Harris comes into the match on a tear, having scored seven goals in his last eight games.

#9 Chandler Hoffman (ruptured PCL), #13 Tyler Savitsky (groin), #16 Daigo Kobayashi (knee), #22 Mathieu Laurent (torn ACL), and #27 Eddie Opoku (ankle) remain out for Legion FC, per the VIVA Health injury report. No one on the Birmingham roster is unavailable for selection due to suspension.

The boys’ next home match is Saturday, October 5 at 7:00PM versus the Charleston Battery. As of 9AM, Monday morning, the Battery are in 11th, but even on points with Legion FC in the tenth and final playoff spot, so with only four more games remaining on the schedule the clash with Charleston could be the most important match of the season. Tickets are available at bhmlegion.com/tickets or by calling the Legion FC Ticket Office at 205-791-7145.