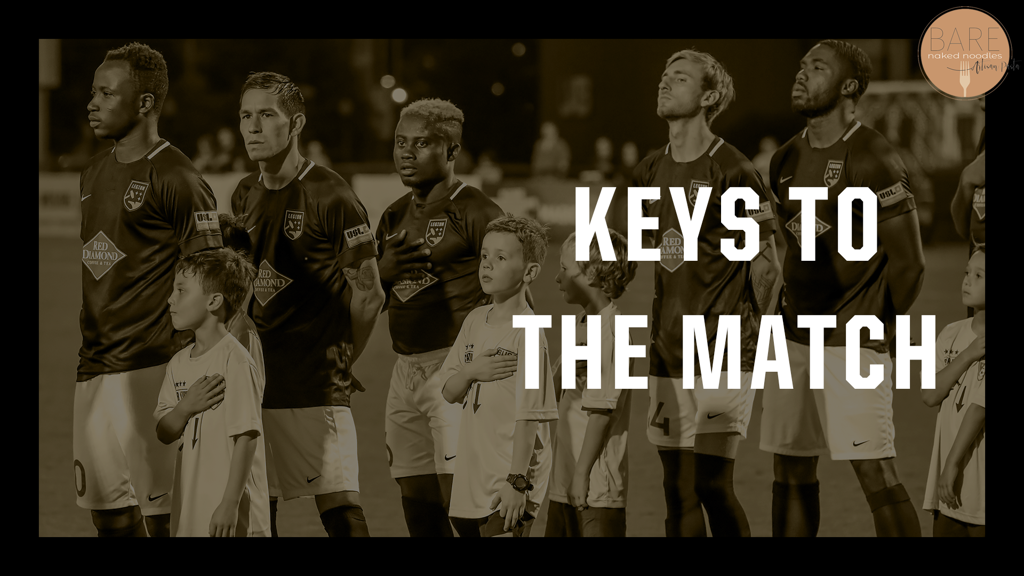 1v1 Defending
Legion FC faces off against the Swope Park Rangers this upcoming Monday, September 30th. Birmingham travels to Kansas City off the back of an impressive win over joint league leaders Indy Eleven.

The boys' recent 1-0 win can be attributed in part to their ability preventing Indy from creating any solid chances when they attacked down the wings and forced one vs. one situations. This defensive showing will need to be repeated against Swope Park, who deploy the same tactic of getting the ball wide to create one v. one situations.

Depriving the hosts of any real opportunities when attacking down either flank, and pushing them into the middle where Legion FC usually has a numerical advantage, in turn eliminates arguably SPR's biggest threat.

Finish Chances
The Swope Park Rangers head into the contest fresh off of a 4-1 defeat away to Loudoun United FC. The match was Swope Park’s 13th time conceding three or more goals in a game this season, bringing their amount of goals allowed this league campaign to 65.

Birmingham will have opportunities in front of goal but being clinical in these moments will be crucial to putting the game to bed and coming away without thoughts of “what if?”

Be Physical
Legion FC’s physicality and experience serves as an important advantage over its upcoming opponents. The average age of this Swope Park Rangers’ squad is 20, with many of their players still within their teenage years.

Swope Park’s lack of experience, as well as their level of physicality in comparison to Birmingham’s, puts them at a disadvantage prior to taking the pitch. If the boys can capitalize on this, there is a high chance they will be able to come away from Children’s Mercy Park with all three points.