Club gathering highlights focus on ‘all that matters’ 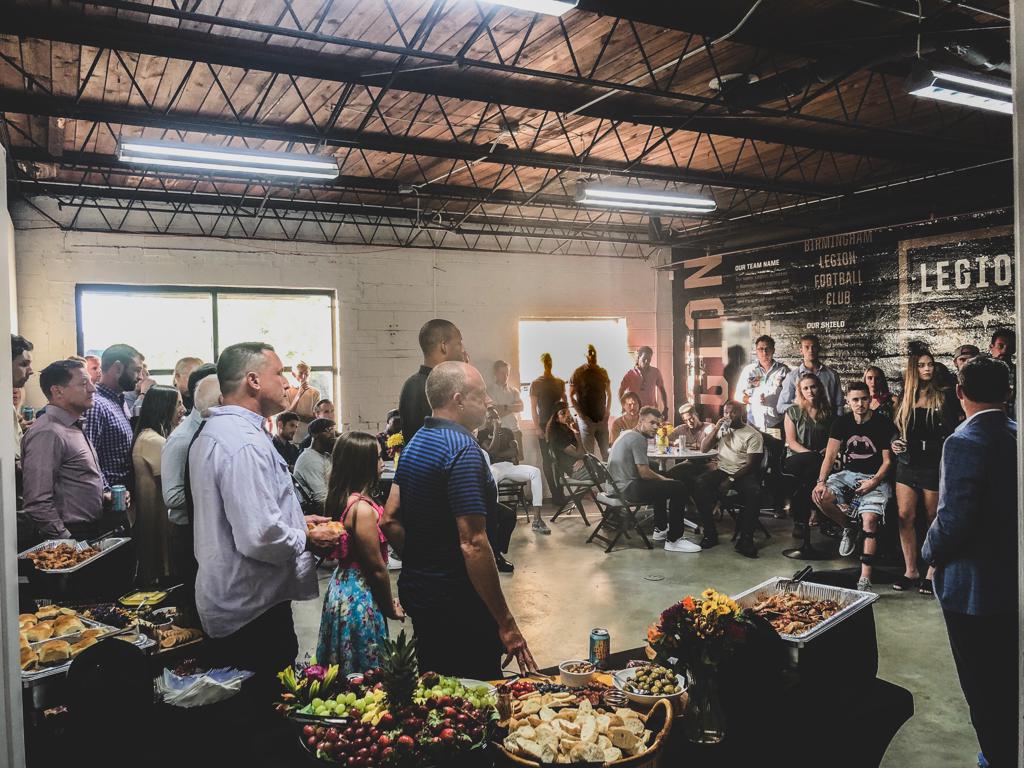 Players, coaches, and front office staff gathered last night at the club’s downtown headquarters to reflect upon the organization’s community accomplishments to-date and to focus on the remainder of Legion FC’s inaugural season. The group, assembled at the request of ownership, enjoyed a light-hearted affair before digging into what club president and general manager describes as ‘all that matters.’

At the event, ownership recounted the generational goals presented when they established the franchise just over a year ago. Of utmost importance, the obligation to contribute to community and to establish Legion FC as an vital part of the cultural fabric in the Magic City.

“It’s clear that Legion FC has made an impact in 2019,” said owner Lee Styslinger. “This team provides a source of community inspiration and has come to really matter to those throughout the region. Evidenced by the team’s quality of character, an engaging gameday fan experience and daily commitment to enhancing elements of community growth and bonding, we’re thrilled by what our club has become and excited about the future.”

Added president and general manager Jay Heaps: “As we establish the culture of our club, being impactful in the community will always be paramount.  Tonight is about recognizing our players and staff for their efforts to be present in the community.  We are extremely proud of this to date but we have an understanding that this is just the beginning and we will continue these efforts.”

Courtesy of a nine-game unbeaten run driven by a stout defense and timely scoring, Legion FC remains above the playoff line entering the final five games of the regular season. The team has clearly put in the hard work that has seen the team move above the playoff line. The stretch drive, though, presents two road contests and a challenging schedule that will determine whether or not Legion FC qualifies for post-season play. All involved are keenly aware of the work that remains.

“These are the games that teams look forward to playing,” said Heaps. “Every player dreams of being a part of meaningful matches and we are excited to make a playoff push with the players we have in our locker room.”