With the loss, BHM drops to 10th and final playoff spot in Eastern Conference 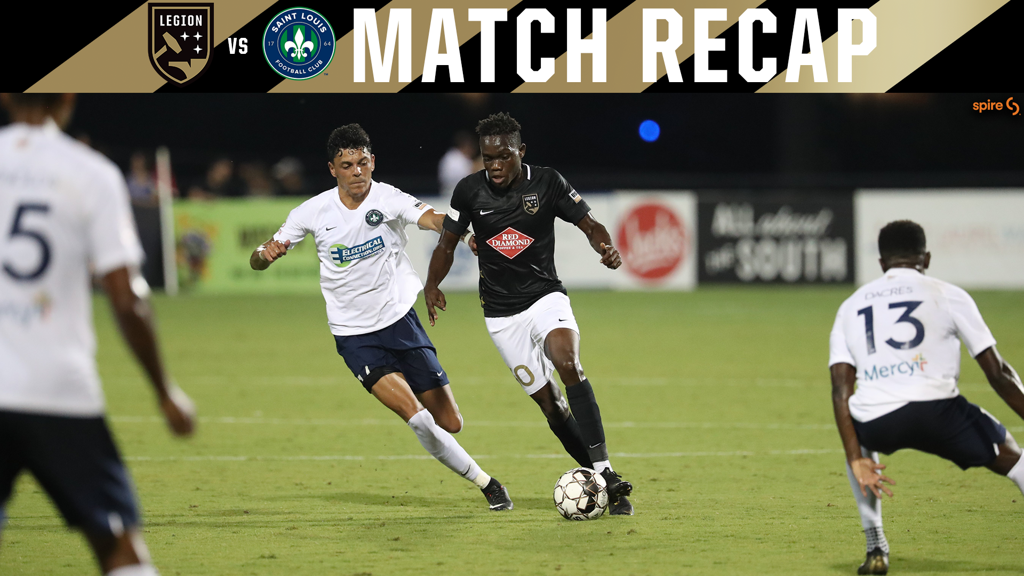 Legion FC had the edge in shots (9:8), passes (505:320), possession (61.2%:38.8%) and duels won (53:39), but the visitors got a slightly deflected goal late in the first half and hit on the counter for a second to put it away late. STL sat deep and absorbed everything BHM could throw at them in the second half, including a few quality chances and dubious no-calls around the box, but never broke or conceded to sneak out of Birmingham with all three points.

With the loss, the team’s first since June, Birmingham stays on 36 points and drops down to 10th place in the USL Championship Eastern Conference standings with seven matches remaining before the playoffs. The top ten teams in the conference make the postseason, but with Charleston just one point behind Legion FC in 11th, every point will be vital in the stretch run and our position in the standings is far from safe.

Thankfully, according to Head Coach Tommy Soehn, this team has come together, fought through adversity, and found a way to win in the past, and he believes they will do it again. When asked about moving forward from here, he said, “You never forget the body of work that got you here, I think that it’s important for us to remember how we got here, put this one aside, and understand that it’s only going to get harder; we’ll have to get back to what got us through that first hard stretch.”

“You know we came through that stretch really well, then you get knocked back a little bit. The game has a tendency to do that. I don’t think it’s complacency, but you have a hungry team like St. Louis coming in, winning second balls and forcing turnovers, they won that. When you look at the stats, unfortunately all those stats like passes and possession, we win that, but we didn’t win the real things today. So, credit to them they came in and scored two goals on us and really put us to the test. I think in everything there’s a lesson to be learned and we know these games are going to be like that. You start winning games and guys start coming for you. Hopefully it opened some eyes today. The beauty of it is that we can turn around and get right back after it against Nashville.”

After setting a base in defense and then pressing and hitting teams on the counter in recent weeks, this compact Saint Louis defense was a different style match and test. According to midfielder Mikey Lopez, “It was definitely hard to break them down.”

“They implemented their game plan to a “T”, and it was tough, but we still should’ve scored at least and it’s unfortunate we didn’t. We got hit on the counter in the second half, it happens. We just have to find a way to learn from it and expect it from different teams because we put teams on notice with the way we’re playing. We just have to learn from this and win in the next games.”

The next Legion FC match takes place in Nashville on Tuesday, September 17 at First Tennessee Park versus Nashville SC at 7:00PM. Follow @bhmlegion on Twitter for live game updates, and watch live on My68 and ESPN+.

The boys return home to take on Indy Eleven at BBVA Field next Friday, September 20 at 7:00PM. Tickets are available at bhmlegion.com/tickets or by calling the Legion FC Ticket Office at 205-791-7145.