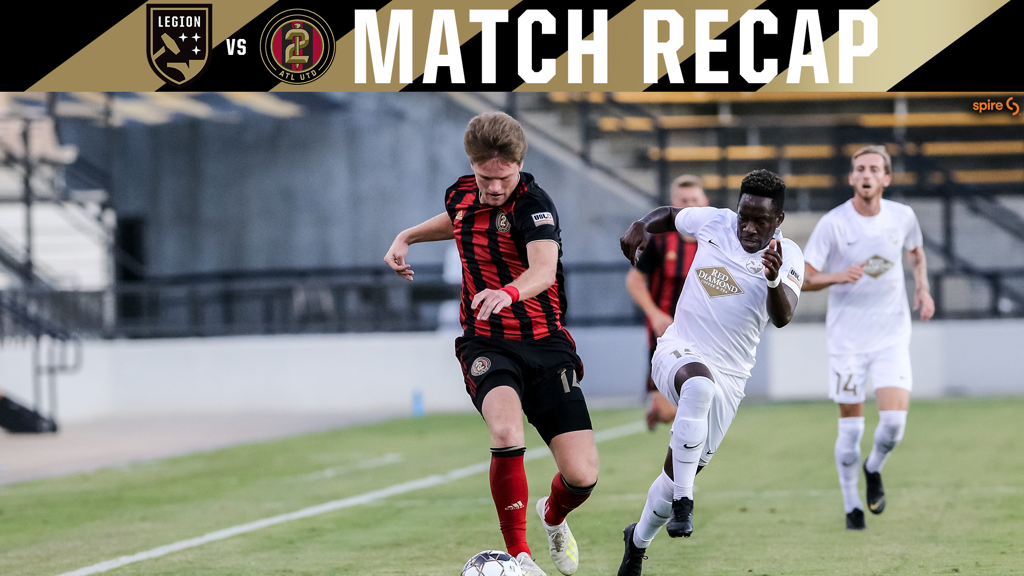 KENNESAW, GA (Sept. 4, 2019) – Birmingham Legion FC jumped on Atlanta United 2 early, to the tune of a 3rd minute Brian Wright goal, and kept the pressure on for the full 90+, putting four more in the back of the net in a resounding 5-0 win.

Legion FC controlled the balance of the first half, but six big saves in the first 35 minutes kept Atlanta within reach. Eric Avila and JJ Williams made sure to put a stamp on the first 45 though, as Avila wriggled his way free in the box in the 43rd, got to the endline and chipped a perfect ball to the back post for the unmarked, onrushing Williams to slam in with a powerful header. Daniel Johnson hit a rocket of a shot into the back of the net off a corner rebound in the 51st minute, Prosper Kasim buried a penalty to extend the lead in the 81st minute, and Kyle Culbertson got in the on the action for his first goal of the season to make it 5-0 in the 88th when Anderson Asiedu played him into the box down the left.

Birmingham are now the first team in USL Championship history to go winless in eight matches and then subsequently go on a nine-match unbeaten run in the same season. When asked about the run the team is on, Head Coach Tom Soehn said, “I think it’s just a mentality we have now where we’re expecting to win games.”

“We’re expecting to win games so when we don’t, we’re pretty disappointed, and I just don’t think I look at the group we’ve built and the depth we have and everybody carries their load and understands their role. As we keep shuffling guys in and out whether its injuries or suspensions or whatever, the next guy steps up and knows what he’s doing, and that’s a credit to the guys. To start with, it took us a while to get to this point, it took some heavy bumps along the way until we figured it out, but credit to the guys - they get it now. It’s more of an expectation, which is a great place to be at.”

Legion FC has settled on a formation and style of play in the second half of the season that has been successful and fits his personnel, according to Soehn. He said, "We took a while to figure out our personnel changes as it changed a lot early, but then we figured out what best suited us. I feel like the amount of quick attacks and the attacks we create from pressure on different parts of the field are what drives us. Our guys are doing a really good job winning balls and turning them into chances.”

Nobody created more chances on the night than Kasim. When asked about his performance, #10 said, “Well, with my position it’s all about creativity and finding the right spot to get my strikers in the game. I always try to improve my self - game after game - and today was one of my best games of the season. I am really happy and hoping it just keeps getting better and better.”

The next Legion FC match takes place at home on Friday, September 13 at BBVA Field versus Saint Louis FC at 7:00PM. With their win tonight vs. Ottawa, Saint Louis stay four points back of Birmingham in the Eastern Conference standings, making Friday’s contest pivotal in the run in to the playoffs. Tickets are available at bhmlegion.com/tickets or by calling the Legion FC Ticket Office at 205-600-4635.