A Look Ahead: Bethlehem Steel FC 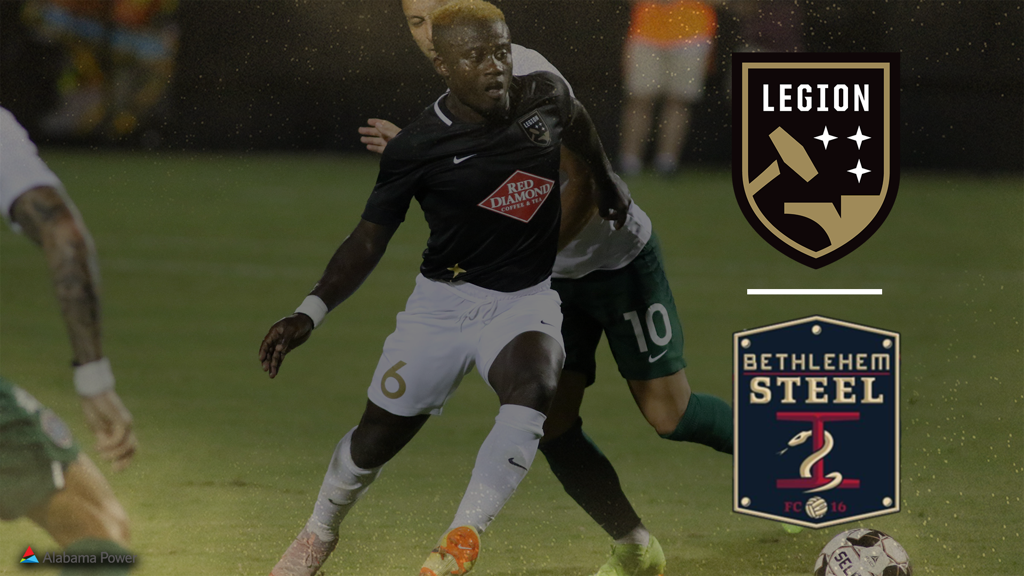 Suffering a loss in your first game in club history will always be a punch to the gut, especially considering the contest was also Legion FC’s first outing in front of a home crowd. Fast forward five months, and Birmingham is on a six-game unbeaten run, has the best shutout streak in the league this season at 555 minutes played without conceding a goal, and is in a good position to continue on to the post-season.

Taking those facts into consideration, Birmingham seems prepared to exact its revenge on Bethlehem.

Finish Opportunities
While the black and gold have been outstanding defensively over the course of their unbeaten streak, a majority of their victories have come down to a single goal. The issue for Legion FC is not its ability to create chances, but its ability to put those chances into the back of the net.

In their last six games, the boys have created a total of 54 chances, but they have only finished eight. While this may be the only ‘blip’ of sorts for Legion FC to take away from their impressive run, head coach Tommy Soehn believes that it can be refined considering the team’s willingness to improve.

“We can always work on the finishing part, the creating part is the hard part and we’re getting that right. So, we still have to be clinical, but overall, I’m still really happy with the effort.”

Home (Not So) Sweet Home
Playing at home is always a massive advantage for clubs considering the atmosphere created by the fans in attendance. For Bethlehem Steel FC, however, they have not given the home crowd much to cheer for this season.

Steel FC has only won two of their 13 games played at Talen Energy Stadium, giving them the second-worst home record alongside Hartford Athletic and Memphis 901 FC. With a revitalized Birmingham side getting ready to make the trip up to Chester, Pennsylvania, Bethlehem will have to find another level if they want to get a positive result at home.