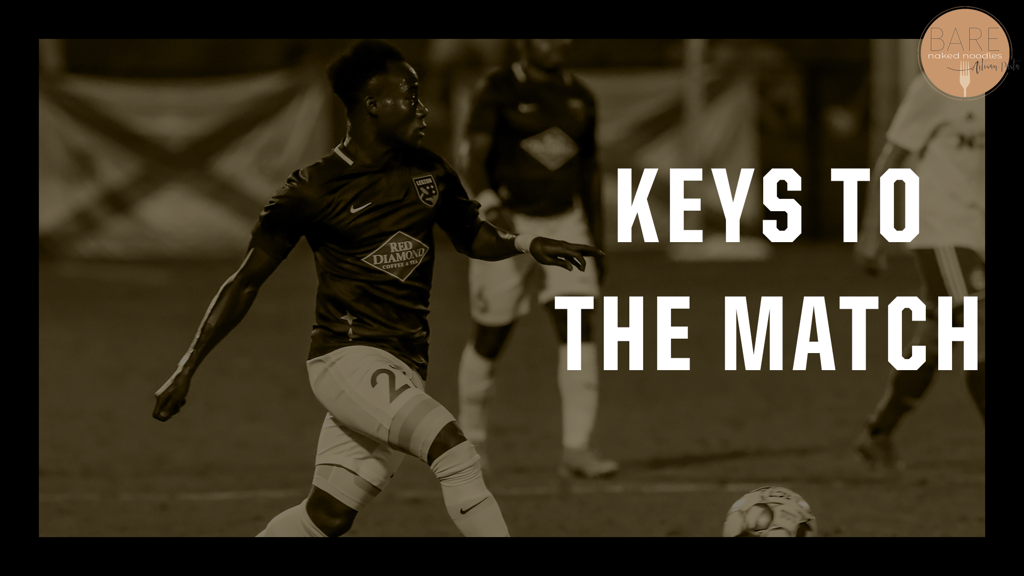 More Donuts (0)
Legion FC extended their spectacular defensive record when they played out a 0-0 draw with Ottawa Fury FC on August 2. The match was Birmingham’s fourth straight contest in which they did not concede a goal, bringing them to 375 minutes played without allowing their opponent to score (which is the longest active streak in the USL Championship).

Maintaining this discipline at the back will be crucial against a side like the Tampa Bay Rowdies. The Rowdies have scored the third-most goals in the Eastern Conference at 39, which has their goals per game average at 1.77 per game. However, the boys have proven they can close up shop against some of the Championships highest scorers with their performances against North Carolina FC and, most recently, Fury FC.

Transition Play
In addition to having the second-most goals in the Eastern Conference, Tampa Bay is joint-top for least amount of goals conceded at 15. This is a testament to the Rowdies organization throughout their entire XI, as well as their work rate on both sides of the ball.

BHM will have to match this work rate in order to take the fight to the Rowdies. Whether it is breaking fast on the counter, dropping back to defend after taking the ball forward, or winning every duel in the midfield, the black and gold will have to match Tampa Bay’s work rate step-for-step.

Shots & Crosses
The Rowdies’ starting goalkeeper John McCarthy has been unavailable in recent weeks due to injury, so Macklin Robinson has filled in between the sticks the last two matches. Robinson has only appeared three times this season for Tampa Bay, so inconsistency has popped up in his play.

By forcing Robinson into the game, it increases the chance that he makes a mistake that Legion FC can capitalize on. New York Red Bulls II got 15 shots off when they played the Rowdies, and they came away from that contest with a 2-0 victory.

Birmingham did the same against the Charlotte Independence, who also struggle with goalkeeping inconsistencies, and came away with a 1-0 victory. If the boys can put pressure on Robinson, they could force a mistake that may lead to a potential match-winner.

The match will air live locally on My68 and nationally on ESPN+. Follow @bhmlegion on Twitter for more info and live game updates.