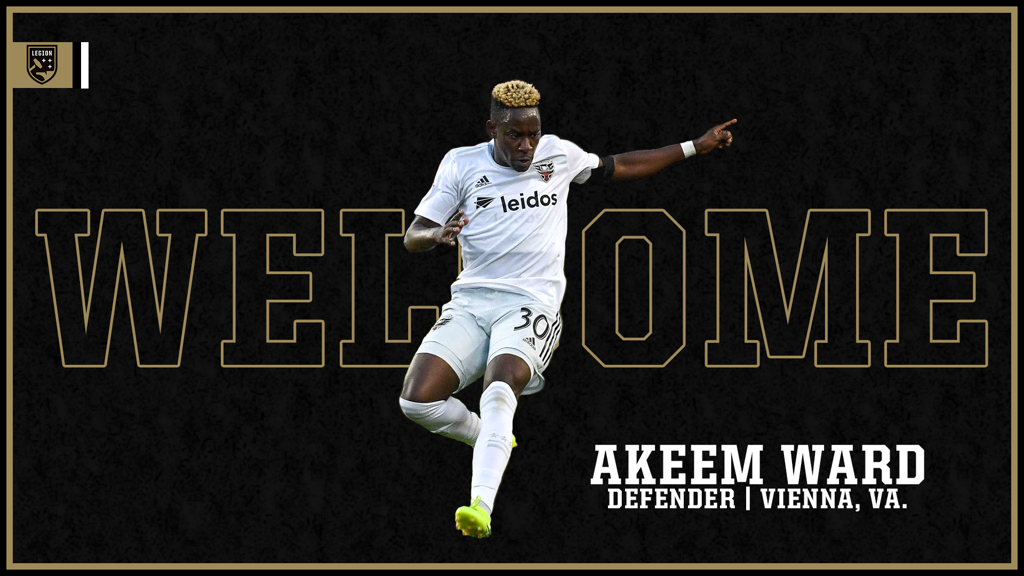 BIRMINGHAM, AL (July 30, 2019) Birmingham Legion FC announced today the signing of defender Akeem Ward, pending league and federation approval. The 23-year-old spent the first half of his rookie professional season as a member of D.C. United, competing predominantly on loan with the Championship’s Loudoun United FC.

“We are excited to add Akeem to our team during this window,” said Legion FC President and General Manager Jay Heaps. “Akeem is a versatile, attacking outside back that will help our group right away. We are always looking to improve our roster in the near term but also with a longer vision in mind."

Ward was drafted by D.C. United with the 14th pick in the First Round of the 2019 MLS SuperDraft in January after collecting United Soccer Coaches First Team All-East Region and First Team All-Big East Conference selections during his senior year at Creighton University in Omaha, Nebraska. He made one appearance for United in MLS and nine appearances on loan with Loudoun United FC in the Championship, playing mainly at fullback. Ward was waived by D.C. in July.

Ward began his collegiate career at Hastings College in Hastings, Nebraska. During his freshman year, Ward appeared 20 times for the Broncos. He scored twice and assisted five times, which earned him the title of a USC Second Team NAIA All-American in 2015.

Following his impressive freshman year, Ward transferred to Creighton University. He started in 44 of his 47 appearances with the Bluejays over three years, during which he scored two goals and assisted six times.