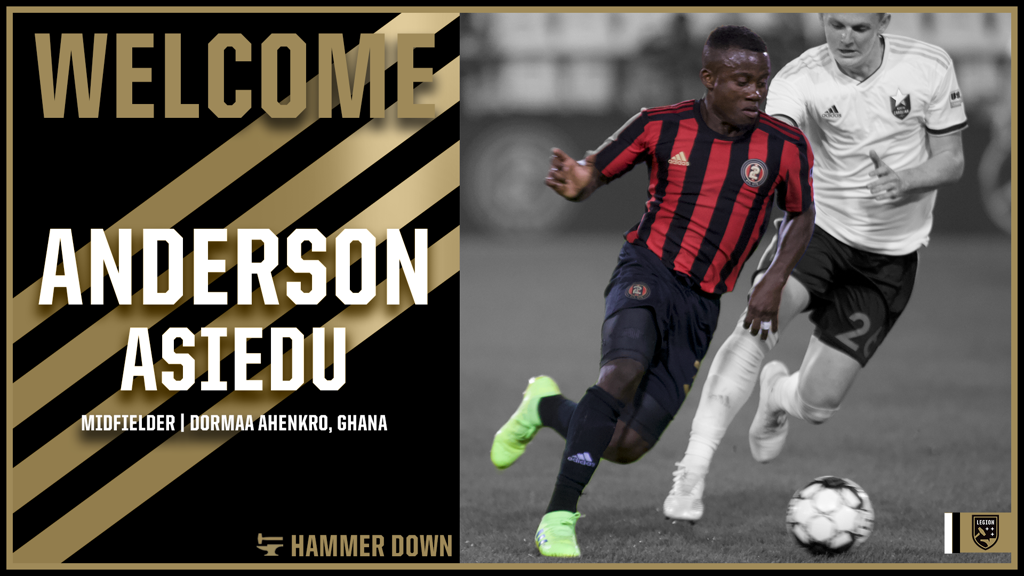 BIRMINGHAM, AL (July 15, 2019) – Birmingham Legion FC announced today the signing of midfielder Anderson Asiedu, pending the finalization of his P1 visa and International Transfer Certificate (ITC). The 23-year-old spent the first half of this season as a member of Atlanta United, and he played mostly with Atlanta United 2.

“We’re excited to add Anderson to our group,” said Legion FC President and General Manager Jay Heaps. “We hope he has an immediate impact on and off the field for our team, and we look forward to having him play as soon as possible.”

Asiedu was drafted by Atlanta with the 24th pick in the first round of the 2019 MLS SuperDraft in January after he was named the MLS Combine Most Valuable Player. He made ten appearances on loan in the USL Championship and added one assist, playing mostly as a deep-lying defensive midfielder. Asiedu was waived by the club in May.

Following his sophomore year in New Jersey, he transferred to UCLA to play for the Bruins. He started 34 games over two seasons, scoring three goals and adding four assists. He was named to the All-Pac-12 second team in both seasons and was named to the Pac-12 All-Academic team as a senior.