Make it a Summer of Soccer! 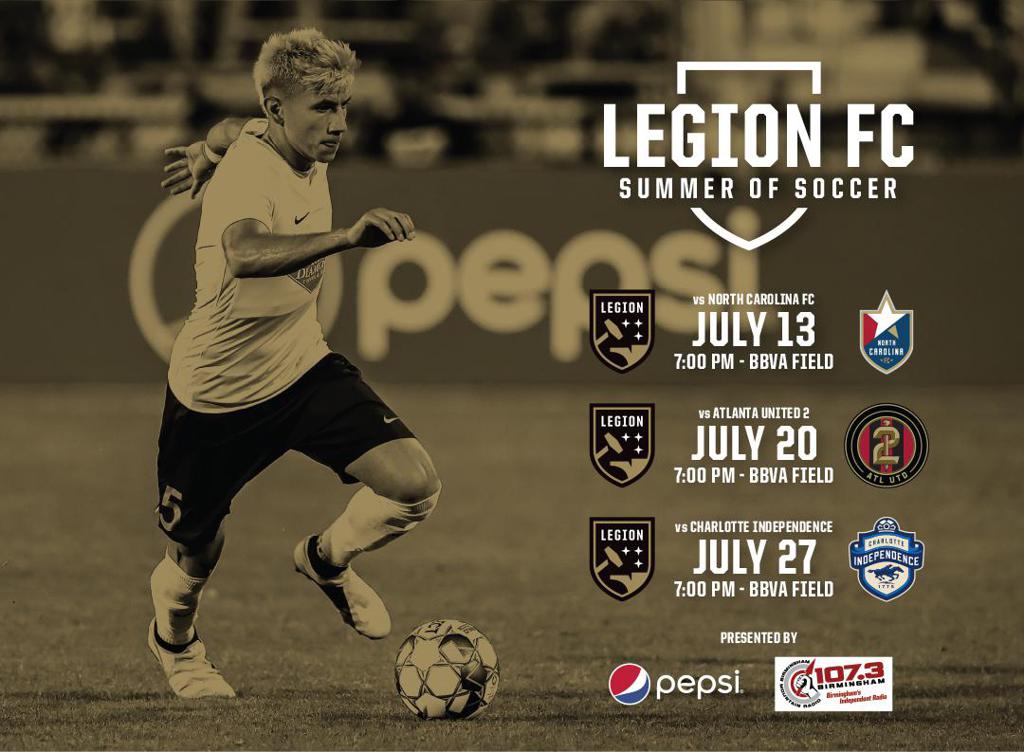 U.S. Soccer is dominating the sports headlines and the Summer of Soccer has officially arrived in the Magic City. Birmingham Legion FC has three big matches at BBVA Field this July and, with support from Pepsi and Birmingham Mountain Radio, the pre-game plaza will have great entertainment options for each of the games. Make your plans now to take in the exciting action in person!

Summer of Soccer Mini-plan
Tickets to all three Legion FC home dates in July (7/13, 20 and 27) are available for as low as $30 per seat. Grandstand seating is also available for $60 per seat to matches against North Carolina FC, Atlanta United 2 and the Charlotte Independence. Make it a summer of soccer!

Flex Pack
Need the freedom to see Legion FC whenever you like? The 10-game flex pack is for you. Buy ten (10) tickets for $200. Tickets may be used to access the best available grandstand seats for any game the balance of the season. Use two tickets for five games, 10 seats at one. You’re in control!

Family Four Pack
Need to plan a family night out? Here you go! Four tickets and concessions vouchers for just $66 per game. Catch any Legion FC home match the rest of the season with great GA access and $32 to apply to concessions. A fun-filled night is assured for the whole family!