Final ball again just a bit off for the BHM squad, despite 12 shots 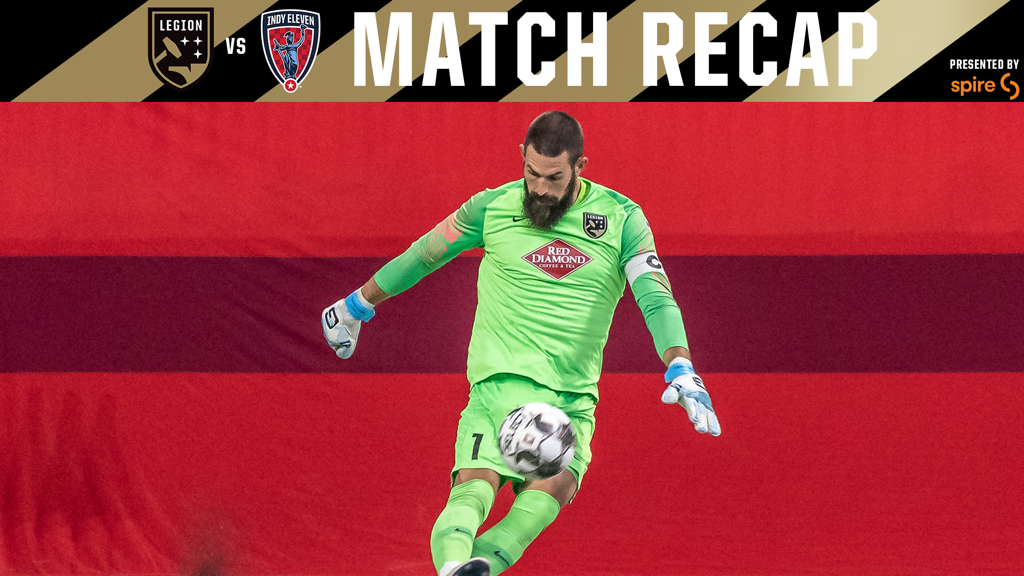 INDIANAPOLIS, IN (June 26, 2019) – Birmingham Legion FC again could not quite find the end product and a quality team in Indy Eleven made the visitors pay for it, as two goals from close range book-ended an own goal in a 3-0 defeat for Birmingham.

Even though Indy had only one shot on target in the first half, to Legion FC’s two, the half ended 2-0 in favor of the home Eleven. The first goal was finished by Indy’s leading-scorer #23 Tyler Pasher in the 7’ minute after a quick one-two passing combination in the box with the assist from #2 Lucas Farias. The second goal came from an Indy free kick in the 44’ minute that deflected off of multiple BHM players and in for an own goal.

Head Coach Tommy Soehn tried to shake things up in the second half by bringing on two early substitutions - #7 Brian Wright in the 52’ and #88 Femi Hollinger-Janzen in the 56’ - but with a two-goal cushion, and being comfortable in possession no matter the circumstances, the Eleven were able to ping the ball around to the tune of a 63.7% possession edge in the second half and kill any attempt at a comeback.

Indy added a third goal in stoppage time to close things out, 3-0. Indy took a shot that #1 Matt VanOekel dove to parry away, but the rebound landed at the feet of another attacker, Enevoldsen, who finished despite VanOekel again getting a hand on it.

When asked about the mindset having to go into a place where Indy had not lost a league match since July 2018, Soehn said, “We knew they were a good team, we knew the way they were playing and we knew about [Indy’s #23 Tyler] Pasher. It was disappointing giving up that first goal to Pasher because we studied so much film on him and he beat us in a way that we knew he likes to play.”

“Giving up a goal six minutes in, again puts you on your back foot and we’ve got to find a way to keep battling against giving up that early goal. It’s so much easier to play with a lead, and we always put it on ourselves. That’s the disappointing thing, is that we let them in the game early and then you’re chasing. I can’t fault the guys for their effort and their commitment, but in the end, we were sloppy on a few plays and it cost us.”

#27 Eddie Opoku said it felt good pairing with #9 Chandler Hoffman up top tonight, but that he was disappointed not to bag a goal.

“We know Chandler is a goal scorer in this league, and he’s well known so as a young player you can just learn and feed off him,” explained Opoku. “This was my first time starting and playing next to him and I thought we had some good moments linking up. He played a great ball to me and I should’ve just buried that. But again, you can only learn from this and work hard to make sure next time you make it count.”

Legion FC finishes up its two-game road trip at Pittsburgh Riverhounds SC on Saturday, June 29 at 6:00pm CT, and the match will air live locally on My68 and nationally on ESPN+. Follow @bhmlegion on Twitter for more info and live game updates.

The next home match at BBVA Field takes place on Saturday, July 13 at 7:00PM versus North Carolina FC to kick off a three-game homestand to close out July. Tickets are available at bhmlegion.com/tickets or by calling the Legion FC Ticket Office at 205-600-4635.