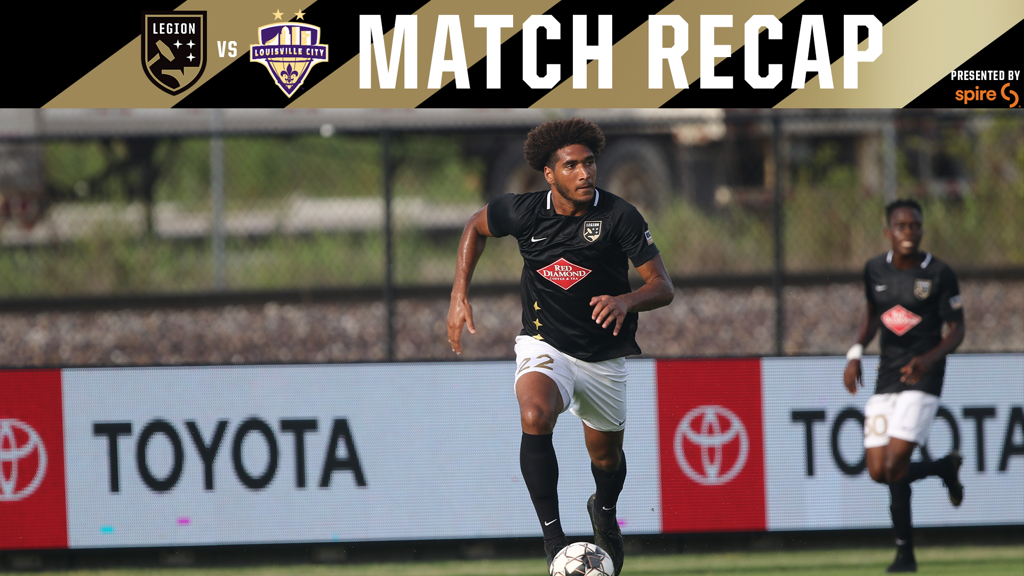 LOUISVILLE, KY (May 29, 2019) – Birmingham Legion FC dropped a heartbreaker, 1-0, to Louisville City FC on an 89’ minute penalty in the Third Round of the Lamar Hunt U.S. Open Cup on Wednesday night at Lynn Stadium at the University of Louisville.

The first half played out relatively even and ended level 0-0. LouCity held a lion’s share of the possession, but Legion FC led in shots, four to two, including a curler from #17 Gael Mabiala in the 44’ minute that could have given BHM the lead, instead banging off the post.

Legion FC came out fired up for the second half, and that boost of energy, only increased by second half substitutions #14 Daniel Johnson, #12 Eric Avila, and #33 Kyle Culbertson saw the visitors control possession for most of the last 45’ minutes.

However, the game got stretched towards the end, with multiple breakaway opportunities for both teams, but LouCity sub Brian Ownby ended up one v. one with goalkeeper Matt VanOekel and went down for the penalty. #4 Sean Totsch buried it to earn Louisville a spot in the Fourth Round.

“I think tactically we had a real game plan, and I think we pulled it off for about 75’ minutes,” explained Head Coach Tommy Soehn. “It was only after we made a couple subs that I felt like we started to open up and get away from our hard blocks, and I felt like up until that point we had some really good looks, some good looks on set pieces, created some dangerous opportunities and didn’t give them that much.”

“The way it ended you’re disappointed, but we have to understand that the game is 90’ minutes, and we’ve got to hold that block together for a full 90’ minutes.”

The boys return to BBVA Compass Field to face the league-leaders, Tampa Bay Rowdies, on Saturday, June 1 at 7:00PM. Tickets are available at bhmlegion.com/tickets or by calling the Legion FC Ticket Office at 205-600-4635.