Three goals for the visitors evens the season series 1-1, takes all three points 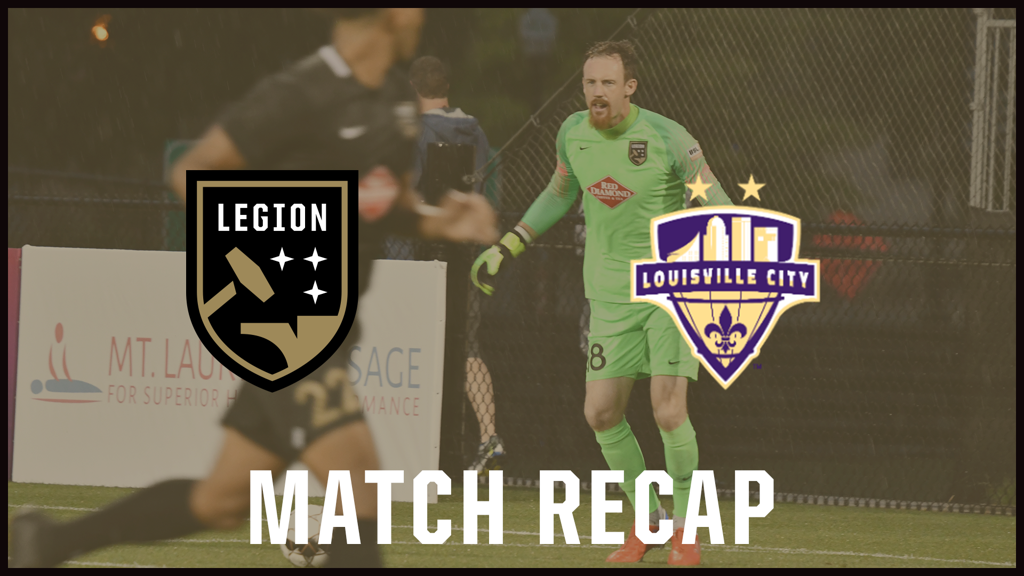 Following a brief lightning delay, Louisville started the game off fast, scoring early in the 7’ minute and the 24’ minute with goals from Magnus Rasmussen and Lucky Mkosana. The possession edge leaned the visitors’ way in the first 45’, to the tune of 55.4%, and outshot Legion FC nine to three.

The second half was the same story, with Luke Spencer putting Lou City’s third goal in the back of the net in the 54’ minute, but then they sat back and defended and did not attempt another shot in the match.

Legion FC was led by forward Chandler Hoffman with two shots on goal. His first half effort was headed top corner, but a quality save from Louisville kept the clean sheet. The best chance for Legion FC came off the boot of forward Eddie Opoku in the 84’ minute when he cut in across the top of the box and curled in a great shot towards the bottom right corner of the goal, but his attempt careened off post.

Head Coach Tommy Soehn said the lack of bite and intensity at the start was a let down that was hard to recover from. “I think we lacked energy and enthusiasm all over the field. Second balls, and 50/50 balls they were on top of us and we were reacting to things instead of anticipating things.”

“We talked about starting games better, and again we let ourselves down in that department. It wasn’t even close the first half. Second half we rallied a little bit but you’re not coming back from two goals down. We’ve got to learn to do a better job starting out games, especially in our own building. They’re a good team, credit to them, but we kind of laid down and made it easy for them.”

Hoffman on the team’s struggles with injuries early in the season:
“You look at our back line, I mean we’re pretty thin there right now, so we’ve got to have guys step up - especially when you play the defending champions. This stretch coming up we have a lot of games, so we need guys to really step in and fill voids.”

The boys return to BBVA Compass Field for the club’s first U.S. Open Cup match against West Chester United SC on Wednesday, May 15 at 7:00PM. Any ticket purchases made for the Louisville City match will also come with a complimentary ticket for Wednesday. Tickets are available at bhmlegion.com/tickets or by calling the Legion FC Ticket Office at 205-600-4635. The match will air live on ESPN+.