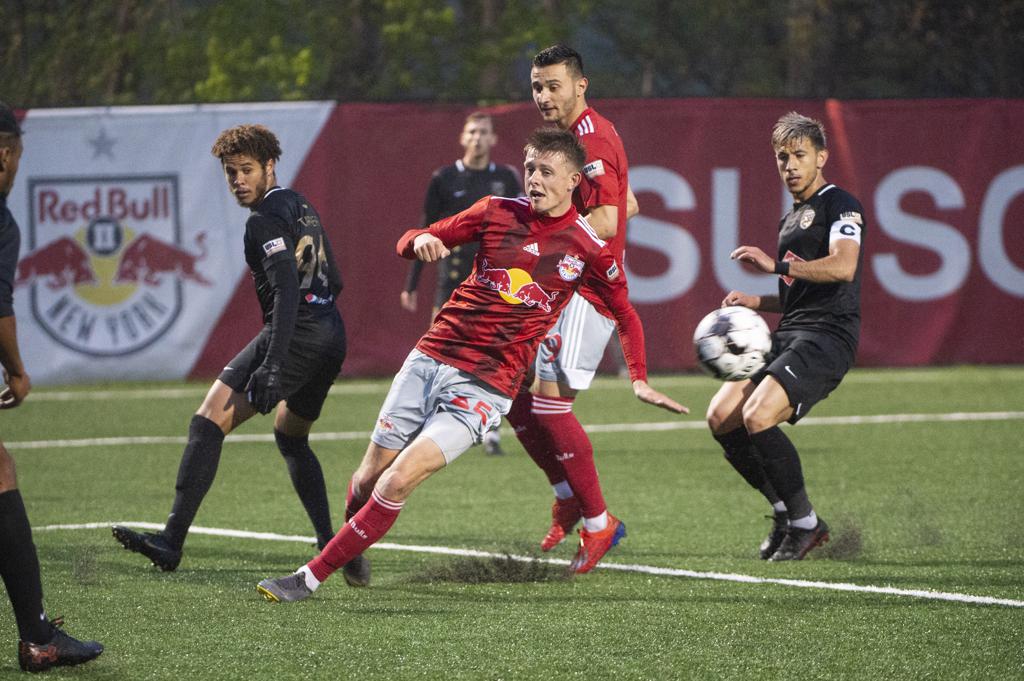 Head Coach Tom Soehn made a couple changes to the starting lineup with three games in seven days this week, as defenders Tyler Turner and Gael Mabiala joined the backline, midfielder Marcos Ugarte stepped into the middle to form a double pivot with Mikey Lopez, and midfielder Joseph Holland was inserted into the attack.

The first half was hotly contested, as both teams created multiple quality chances. New York scored on a breakaway in the 24’ minute to lead 1-0 at the break.

Legion FC got stretched some to start the second half and New York’s experience and depth started to show, according to Head Coach Tom Soehn, as the hosts added four goals in the second 45.

“First half I thought we did quite well. We had a couple really good scoring opportunities – we were going to try a different formation, obviously [#22] Mathieu [Laurent] pulling out in warmups put a wrench in things, but I think the guys handled it pretty well. We gave some new legs, some fresh legs a chance to show us what they’re made of, but that lasted about 45, and we came out the second half and our shape wasn’t good. Their [New York] experience and their depth showed dramatically that they’re a good team.”

Midfielder Marcos Ugarte on the tough second half and a quick turnaround to face Memphis:
“I think today was a good wake up call for all of us. Hopefully it’s the last piece of adversity that we’ll have to challenge in terms of conceding a goal and bouncing back strong.”

“I think tonight we’ll kind of reflect and then tomorrow morning learn from it and forget about it. That is probably the one positive from this, is we get another shot in three days, so it’s a must win in some sense in that we don’t want to finish this road trip with no points and to bounce back from tonight. So, I’m sure everyone’s going to be raring to go.”

Birmingham Legion FC will continue its road trip Saturday at Memphis at 3:00PM CT. The game will stream live on My68+ and on ESPN+.

The boys are back at BBVA Compass Field for the next home match on Saturday, May 11 at 7:00PM in a rematch against the two-time defending champions, Louisville City FC. Tickets are available at bhmlegion.com/tickets or by calling the Legion FC Ticket Office at 205-600-4635.