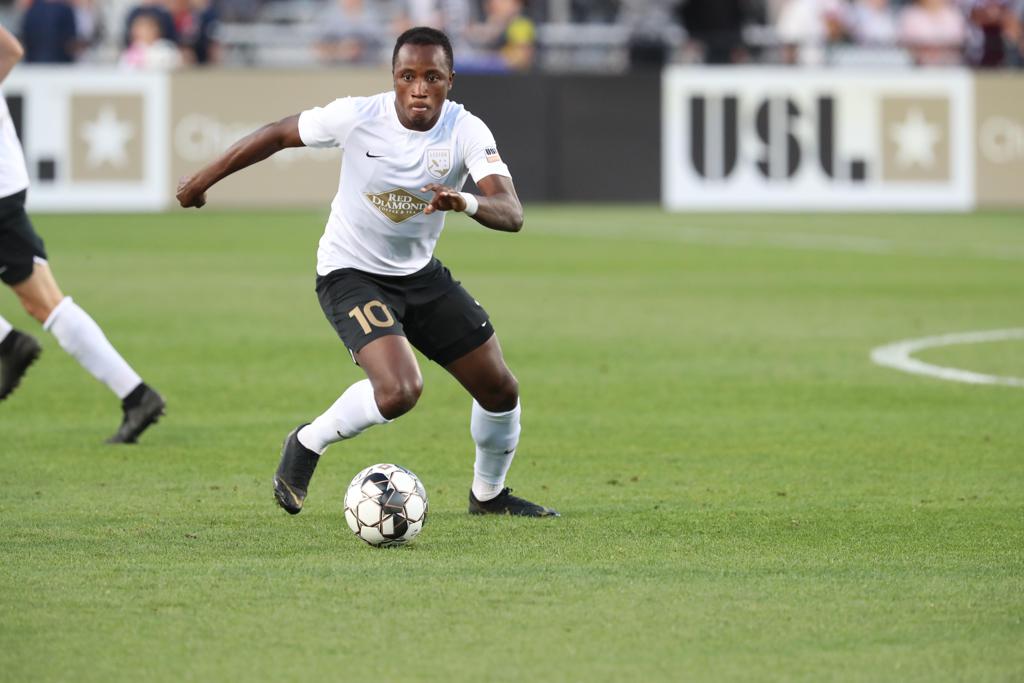 In a similar fashion to the first three home games this inaugural season, Legion FC created a large number of chances, outshooting Loudoun in this one 16 to four (including 10 to one in the second half), but #10 Prosper Kasim finally found the back of the net with less than a minute left in stoppage time. Head Coach Tommy Soehn urged his side to come out aggressive, and Legion FC kept up that high pressure all game, leading to 65% of the possession and an edge in duels won, with 57.

“I asked the guys to be more aggressive as far as attacking the box and taking their shots, and I thought overall they delivered that. Obviously, we still struggled to find the goal, and a lot of that is a credit to their defending, but we created a lot of fouls outside of the box, so that means we’re pressing. I asked them to press quite a bit more.”

“And I was really happy for Prosper that he got that opportunity, because we had quite a few good ones.”

Kasim on scoring the first Legion FC goal at BBVA Compass Field:
“We just worked very hard for it. We were all fighting so hard, and I just happened to be the one to get the goal, but I’m very happy about it. I was so eager to score, not only me but each and every one of us wanted to score. All I realized was the ball was right in front of me, and I just have to finish.”

Birmingham Legion FC will continue its inaugural season next week on the road at New York Red Bulls II on Wednesday, May 1 at 6:00PM CT. The game will stream live on ESPN+.

The boys are back at BBVA Compass Field for the next home match on Saturday, May 11 at 7:00PM in a rematch against the two-time defending champions, Louisville City FC. Tickets are available at bhmlegion.com/tickets or by calling the Legion FC Ticket Office at 205-600-4635.